The wrapping procedure excites the imagination – even the process itself is curious to survive. And as a result, they promise to reduce weight, volume and, most importantly, “orange peel”. All this in the beach time is very, very relevant. The correspondent of SE went before the holiday to “turn around”, in order to feel more confident in the swimsuit.

“Take off your clothes, my kitten,” the cosmetologist’s gentle voice softened. Obediently taking off my clothes, I dressed in disposable panties, flip-flops and a hat, turned my back to the master and allowed her to examine her hips for ailment. Feeling, knowing what my pressure (low), and whether there are any gynecological diseases, she suggested making a biosymatic lymph drainage wrap – it reduces swelling, improves metabolism, reduces weight and, most importantly, affects cellulite. Of course, I did not object.

Starting from the abdomen, then downwards, and at the very end even on the chest, the beautician applied lightly stroking movements with a special lymph drainage mask with a sturgeon roe extract, as well as a regenerating mask made from various oils.

Reference: biosiomatic wrap with tissular drainage – light massage effect through a special film – allows to achieve the necessary effect of fluid withdrawal, hardening of vessels and relaxation of muscles without stretching the skin and traumatizing the veins.

Then the most interesting began: beginning from the hips upwards, along the course of the lymph flow, she began wrapping me with a transparent film, but not ordinary, but special breathing.

Having rewound me entirely – even hands and hands, feet and shoulders – only the neck and head remained free, the cosmetologist invited me to lie down on the couch, where a plaid with electric heating was already waiting. “You can fall asleep,” suggested the master, turned on the quiet music and lit the scented candles, but with sleep I decided to fight – it was very interesting to watch the process.

Directly on the film – not rigid massage movements, but stroking – the beautician began to delineate on my belly circles. “We begin to clean the lymphatic system,” she warned. “I will pump all the main lymphatic ways.” To do this, you need to wrap not only the problem areas. Having pokodovav over a stomach (I almost did not fall asleep), the cosmetician has passed to arms or hand.

Then I do not quite remember, because when she began gently pressing on the pulse, sleep overcame for a few seconds. “I would sleep,” the masseur advised. “Usually on lymphatic drainage I have a sweet sleep, even with snoring.” And really – so relaxing was the atmosphere and so gentle hands of the beautician that it seemed that you are singing a lullaby. Having patted her shoulders, the master went to her feet and worked them, beginning with her feet.

Sensations are enchantingly pleasing – there are many sensitive points on their feet. It was curious to observe the actions of the beautician – not only the hands with which she theatrically waved, and her whole body was involved in the process: she crouched, bent over the music, behaved like a master Tai Chi.

The “pumping” of the lymph flow should last at least 40, but not more than 60 minutes. The option of walking after the procedure in the film is eliminated – slags, which are disposed of with the help of a massage, begin to penetrate back after the designated time. During the procedure, the thyssular fluid is lost, due to which the edema disappears.

The problem of cellulite that stirs many people is solved with the help of a bio-osmotic wrapping in this way: “If we did just a hot wrap, then the active substances would have absorbed only the upper layer of the skin, the body would have sweated well and gave away the slag,” explained the cosmetician of the Mirra Lux lounge, and it was happening there. – Lymphatic drainage also helps the body to deliver the fluid in the problem areas, and most importantly – the nutrients act transdermally, that is, they penetrate the skin and work directly with the fatty layer,

However, to achieve the effect, it is necessary to combine several factors at once: diet, exercise, massage and wraps. The latter is better to take the course, the number of procedures is determined by the cosmetologist.

Almost before the curtain, I was recommended to exclude alcohol, spicy and salty from the ration for two days: “Now we have cleared the lymphatic system, and the metabolism began to work for the purification of the body. If you allow him to digest “complex” foods, he will focus only on them, and the entire effect will be lost. ”

With the help of scissors, the beautician cut the film and removed it from me, like an old hide from a snake. After that I was sent to the shower, forced to rub my hair with a towel and, having rested a bit, pay off – the procedure costs 500 rubles plus 250 for the use of cosmetic substances.

The skin to the touch was unusually smooth, soft and silky. Having weighed before and after, I happily noted the disappearance of 500 grams, and by the evening the weight loss was a kilogram.

Why mindLESSness is the new thing in mental health 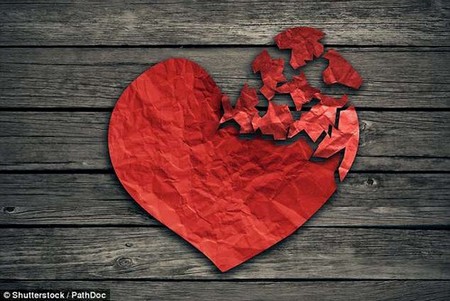