A study of more than 600 women, tracking how much exercise they got at seven months pregnant, found almost 15 per cent of women who were totally inactive suffered from postnatal depression after having their child.

Some women may see pregnancy as a long-awaited chance to put their feet up and relax. But continuing to exercise while expecting a child is important because it may reduce the risk of postnatal depression.

But for those who got the recommended weekly 150 minutes of moderate or vigorous exercise, just over three per cent had depressive symptoms after giving birth. The NHS advice is for pregnant women to exercise so that they can still hold a conversation. If they are out of breath, then they are working out too strenuously.

Some women may see pregnancy as a long-awaited chance to put their feet up and relax. But continuing to exercise while expecting a child is important because it may reduce the risk of postnatal depression (stock)

But the more active and fit a woman is during pregnancy, the easier it is to adapt to her changing body and cope with labour. Few studies have looked at how exercise during pregnancy, rather than afterwards, affects postnatal depression.

But it is believed to work similarly to the way in which exercise wards off depression in men and non-pregnant women. That is, the physical activity causes nerve cells to make new connections in the brain which may boost the region which controls mood.

Researchers at the University of Oslo found women who exercised most during pregnancy lowered their danger of postnatal depression to a fifth of the risk seen in women who failed to exercise at all.

Their paper, published in the Journal of Affective Disorders, states: ‘Post-partum depression may negatively affect the relationships among family members and the attachment between the baby and the mother, which may have long-term negative influence on the child.’

DOES SINGING HELP WITH POSTNATAL DEPRESSION?

New mothers who struggle with moderate-to-severe symptoms of the condition recover significantly faster if they sing in a group, a study found.

Although the study did not say why this likely occurs, previous research shows singing benefits depression sufferers by allowing them to express their emotions and aiding relaxation.

Lead researcher Dr Rosie Perkins from the Centre for Performance Science in London, said: ‘Postnatal depression is debilitating for mothers and their families, yet our research indicates that for some women something as accessible as singing with their baby could help to speed up recovery at one of the most vulnerable times of their lives.’

Postnatal depression affects more than one in 10 women within a year of giving birth in the UK.

Between 11 and 20 per cent of women are affected in the US. The researchers analysed 134 mothers during the first 40 weeks of motherhood.

The women were divided to receive either 10 weeks of a singing workshop, a creative play workshop or postnatal depression standard-of-care.

It concludes: ‘This study suggests that physical activity in late pregnancy may reduce the risk of post-partum depressive symptoms.’

Postnatal depression affects up to one in five new mothers and differs from the ‘baby blues’ which normally strike in the two weeks after giving birth and cause anxiety and tearfulness considered to be normal.

The depressive symptoms cause women to feel low, uninterested in daily life, and unable to bond with their baby. To see if exercise could affect the chances of suffering these symptoms, researchers gave 643 women fitness trackers at 28 weeks of pregnancy and monitored their movements.

They divided the women into a group who were completely inactive, a group doing one to 74 minutes of moderate to vigorous physical activity in a week, a third group doing 75 to 149 minutes, and those meeting the recommendations of 150 minutes a week or more.

The rate of depression in these women worked out at 3.1 per cent – far lower than the 14.9 per cent of inactive women who developed postnatal depression when seen three months after giving birth.

It is well known that being active can help fight depression, with high-intensity exercise releasing the body’s feel-good chemicals called endorphins, resulting in the ‘runner’s high’ reported by joggers.

But the low-intensity exercise suitable for pregnant women is also thought to be valuable in spurring the release of proteins which cause nerve cells to grow and make new connections.

Better connections in the hippocampus, the ‘mood centre’ of the brain, are believed to make people feel better emotionally.

The study asked pregnant women to exercise in low-intensity bursts of 10 minutes or more. 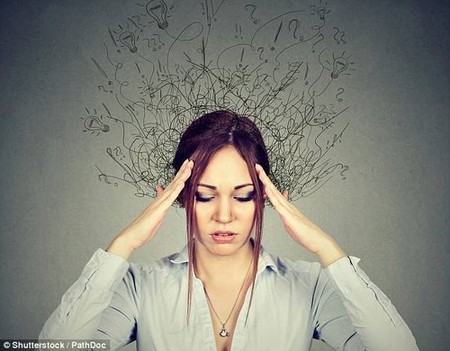 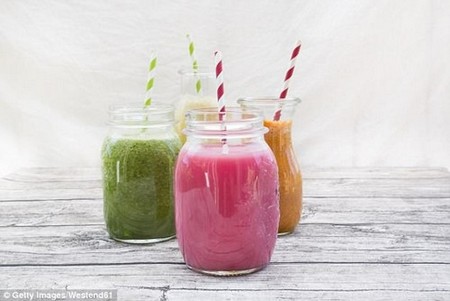 Why am I struggling to swallow solid foods? 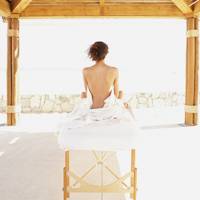