The FDA identified 661 cases of adobo with cumin and adobo with pepper spices distributed to Puerto Rico that may carry the bacteria.

Salmonella can cause diarrhea, fever and abdominal pain for those infected, but no cases have been reported in connection with this recall so far.

This recall comes after a 2016 FDA investigation revealed that the contaminant was much more common in dried spices than previously thought.

Goya’s products are nearly ubiquitous in American grocery stores, but the FDA’s notice says that the contamination is limited to Puerto Rico, though it is unclear which particular stores might be stocking salmonella-contaminated products.

Goya’s products are nearly ubiquitous in American grocery stores, but the FDA’s notice says that the contamination is limited to Puerto Rico, though it is unclear which particular stores might be stocking salmonella-contaminated products.

Adobo is a mixture of spices commonly used in Latin and Caribbean cooking. Goya’s recalled blends both contain ground salt, garlic, oregano, black pepper and turmeric, plus, of course, cumin in one.

Salmonella most often contaminates and is thought of being associated with eggs, meat and poultry, but recently the FDA identified salmonella in a whole host of usually unsuspected spices.

The Administration had started investigating contaminants in spices in 2013, and found that spices brought into the US were more than twice as likely to be contaminated with salmonella and general ‘filth’ as any other imported food.

That investigation did not result in a recall, however. Salmonella was so widespread – as was the distribution of the spices – that the FDA could not make their list any narrower than 37 countries that had definitely sent contaminated spices to the US.

As long as the spices got cooked before they made it to consumers’ stomachs, they were unlikely to cause significant health problems, according to the FDA, which encouraged consumers to keep their cooking practices the same.

Instead, the FDA vowed to take better preventative measures against contaminants like salmonella.

But, it seems that these batches of adobo spices snuck past the Administration’s watchful eye and into Puerto Rico.

Salmonella typically causes diarrhea, fever, chills and abdominal pain. The FDA recommends that both home and professional cooks follow basic food handling safety protocols and make sure that food, including spices stay dry and cool and are thoroughly cooked. 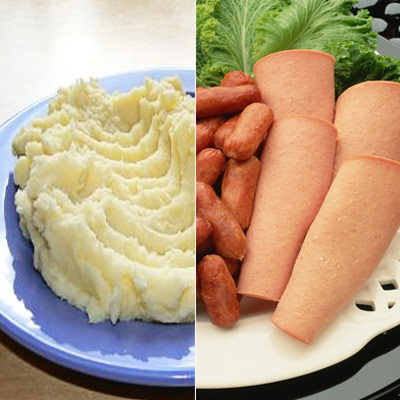 Separate food: a myth that helps to lose weight