Meanwhile, the cause of poor health is often sluggish chronic diseases that develop against a background of reduced immunity.Than today medicine can help in this, says Honored Physician-Immunologist of the Russian Federation Natalia Starostina.

Before New Year it always seems that a new life will begin in January, the forces will increase and the mood will improve. However, by the middle of the first month of the year, it suddenly turns out that neither forces nor desires remain even on a daily routine, not to mention deeds.

After New Year’s holidays, we begin with a double force to deal with our appearance, “cleanse” the body, sit down on various diets.

I must say that “cleansing”, diet, starvation – it’s a blow to immunity. For the immune system, only unloading days are allowed, which should be carried out once a week for no more than 12 hours. But it is much better and more effective to just adhere to the principles of rational nutrition, eat more vegetables and fruits, and last time a day to eat food no later than 18 hours. All this will provide the body with a natural cleansing.

Many complain of unmotivated weakness, fatigue. Could this be due to immunological problems?

There is such a disease – a syndrome of chronic fatigue and immune dysfunction – very heavy, but, fortunately, quite rare. During the existence of the center, we made this diagnosis to only two patients. The cause of the same weakness can be more than a hundred other different diseases. Therefore, if a person experiences constant causeless weakness, then this is an occasion for a serious examination, including immunological examination. In medicine there is the concept of an “autoimmune disease”. This is the situation when the body begins to produce antibodies against its own tissues. Taking medications without a preliminary examination can lead to the development of such diseases, as well as allergic ones. There are people with a genetic predisposition to such violations. In this case, stimulation of the immune system, even at first glance, harmless drugs can be an impetus to the development of the disease.

But immunostimulants can appoint and the doctor-non-immunologist …

There were situations when people went through all the doctors, but only we received effective help. After all, even in cases when drugs are prescribed by doctors and according to indications, but without examination of the immune status, a person can have serious problems. We have often encountered similar situations. In my opinion, the immunologist is an assistant to doctors of all specialties. In our clinic of immunopathology, we treat a variety of diseases – from Bekhterev’s disease, rheumatoid arthritis, liver cirrhosis and hepatitis B and C to the syndrome of chronic fatigue.

What causes most often lead to a weakened immune system?

First of all, these are chronic foci of infection in the body. The situation is exacerbated by the popular form of recreation in recent years – in the middle of the winter, for example, on New Year’s holidays, to go to the hot countries to bask in the sun. It is believed that such a rest will ensure a full recovery of forces, will help to return to a good shape.

However, most often the result is the opposite: a person develops a classic disadaptation syndrome, caused by the stress of the flight from one country to another, the need to adapt to absolutely different climatic conditions. A person with impaired immunity after such rest starts to hurt even more often, overall health worsens. Frequent catarrhal diseases, incomprehensible rashes on the skin, recurrent herpes, furunculosis – indications for examination of the immune status.

What is the advice of an immunologist?

The immunologist sends the patient to the examination and makes a diagnosis. The scope of the examination is determined by the doctor, the cost of it can be from seven hundred to three thousand rubles. Sometimes it is enough to eliminate the causative factors of immunosuppression: sanitize a chronic focus of infection, restore the hormonal background – without prescribing immunostimulating drugs.

But even with the prescription of drug treatment, it is still necessary to eliminate the cause that led to the emergence of immunodeficiency, otherwise the improvement will only come for a short time. Sometimes internal breakdowns of the immune system accumulate gradually, not reflecting on the person’s health. No complaints, but in the immunogram there are serious changes. We can assume that such a person was lucky, because the long-term immunodeficiency results in severe oncological diseases,

It is known that in the Clinic of Immunopathology of the Institute of Scientific Research of the Siberian Branch of the Russian Academy of Medical Science clinical trials are conducted on the use of innovative methods of treating various diseases?

Yes, for example, we are recruiting a group of patients with chronic herpes infection. A new method of treatment is that dendritic cells are grown from the patient’s own blood (which most actively fight in the body with the virus). These cells are loaded with viral antigens and administered to the patient. And in this case, such cells counteract only a certain virus, the division of which must be stopped. Diagnosis and treatment of patients in this case are completely free.

And yet, can we influence the state of our immune system?

Certainly, after all the doctor can only reveal concrete breakage and eliminate it, the further success is covered in a way of life of the person. The most important immunostimulant is a positive attitude towards life. I claim this as a clinical immunologist with many years of experience. It is known that evil people and are sick more often, and recover is much more difficult than those who have a positive attitude. 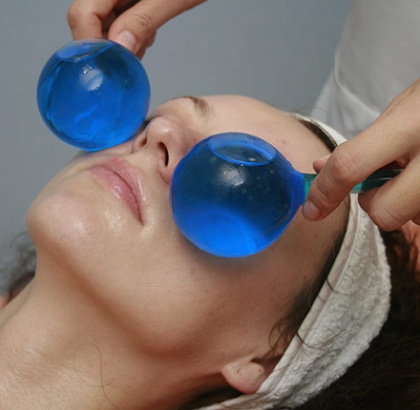 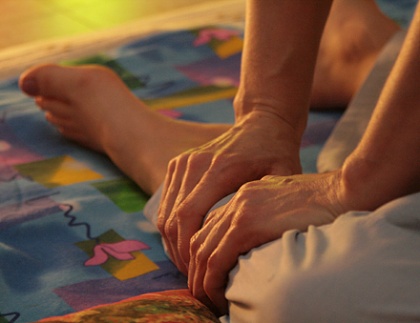