The worst pathology for emotional damage was seen in the brains of those who started playing before the age of 12 – which is incredibly common for today’s generation of top college and professional players.

Scientists have uncovered more evidence that youth football sews the seeds for emotional and behavioral issues in later life.

The research team at Boston University found that, while American football increases the risk of brain disease in all players, the younger a player started competing the more damage they had in brain regions that control mood.

Every one year younger that they took up the sport was associated with earlier onset of cognitive problems by 2.4 years, and of behavioral and mood problems by 2.5 years.

This was the case regardless of whether or not the player developed CTE, the feared football-linked disease that causes dementia, suicidal thoughts and aggression. The team found that some players with the worst damage to their behavior control did not have CTE.

It is yet another reminder that efforts to understand football’s impact on brain health should not be limited to fears about concussion, CTE, Alzheimer’s, or Parkinson’s: head-hits can cause a myriad of conditions, and there may not be a ‘silver bullet’ to identify and treat it, even if a test to diagnose CTE during life is created.

Every one year younger that they took up the sport was associated with earlier onset of cognitive problems by 2.4 years, and of mood problems by 2.5 years, Boston University found

The new study, published today in the journal Annals of Neurology, builds on previous work from the BU CTE Center that showed links between youth football with issues with cognitive, emotional, and behavioral health in former NFL players.

This paper was based on 246 deceased football players who had donated their brains for neuropathological examination to the Concussion Legacy Foundation Brain Bank, which Boston University is analyzing.

As the neuropathologists analyzed the players’ brains, other researchers in the team spoke with relatives and friends to determine what kind of mood the players had 0 any signs of cognitive issues or outbursts.

They then cross-examined their findings.

Of those, 211 were diagnosed with CTE, among other conditions, and 35 had no evidence of CTE, but they did have signs of other brain conditions.

The vast majority of those with CTE played professional football (135) while the rest (76) were amateur football players.

‘Younger age of first exposure to tackle football appears to increase vulnerability to the effects of CTE and other brain diseases or conditions,’ said Michael Alosco, PhD, an assistant professor of Neurology at BU School of Medicine and an investigator at the BU Alzheimer’s Disease Center and the BU CTE Center.

‘That is, it influences when cognitive, behavioral, and mood symptoms begin.

‘It is comparable to research showing that children exposed to neurotoxins (e.g., lead) during critical periods of neurodevelopment can have earlier onset and more severe long-term neurological effects.

‘While participation in sports has important health and social benefits, it is important to consider contact and collision sports separately and balance those benefits against potential later life neurological risks.’

The researchers stress that it is unclear if their findings generalize to the broader tackle football population.

‘Youth exposure to repetitive head impacts in tackle football may reduce one’s resiliency to brain diseases later in life, including, but not limited to CTE,’ Dr McKee said.

‘It makes common sense that children, whose brains are rapidly developing, should not be hitting their heads hundreds of times per season.’

BRAIN INJURIES IN SPORTS: THE FAST FACTS ABOUT RISKS, TESTS, SYMPTOMS AND RESEARCH

As athletes of all sports speak out about their brain injury fears, we run through the need-to-know facts about risks, symptoms, tests and research.

1. Concussion is a red herring: Big hits are not the problem, ALL head hits cause damage

All sports insist they are doing more to prevent concussions in athletes to protect their brain health.

However, Boston University (the leading center on this topic) published a groundbreaking study in January to demolish the obsession with concussions.

Concussions, they found, are the red herring: it is not a ‘big hit’ that triggers the beginning of a neurodegenerative brain disease. Nor does a ‘big hit’ makes it more likely.

In fact, it is the experience of repeated subconcussive hits over time that increases the likelihood of brain disease.

In a nutshell: any tackle or header in a game – or even in practice – increases the risk of a player developing a brain disease.

2. What is the feared disease CTE?

Head hits can cause various brain injuries, including ALS (the disease Stephen Hawking had), Parkinson’s, and dementia. But CTE is one that seems to be particularly associated with blows to the head (while the others occur commonly in non-athletes).

CTE (chronic traumatic encephalopathy) is a degenerative brain disease that is caused by repeated hits to the head. It is very similar to Alzheimer’s in the way that it starts with inflammation and a build-up of tau proteins in the brain.

These clumps of tau protein built up in the frontal lobe, which controls emotional expression and judgment (similar to dementia). This interrupts normal functioning and blood flow in the brain, disrupting and killing nerve cells.

Gradually, these proteins multiply and spread, slowly killing other cells in the brain. Over time, this process starts to trigger symptoms in the sufferer, including confusion, depression and dementia.

By the later stages (there are four stages of pathology), the tau deposits expand from the frontal lobe (at the top) to the temporal lobe (on the sides). This affects the amygdala and the hippocampus, which controls emotion and memory.

3. What are the symptoms?

Sufferers and their families have described them turning into ‘ghosts’. CTE affects emotion, memory, spatial awareness, and anger control.

4. Can sufferers be diagnosed during life?

No. While a person may suffer from clear CTE symptoms, the only way to diagnose their CTE is in a post-mortem examination.

More than 3,000 former athletes and military veterans have pledged to donate their brains to the Concussion Legacy Foundation for CTE research.

Meanwhile, there are various studies on current and former players to identify biomarkers that could detect CTE. 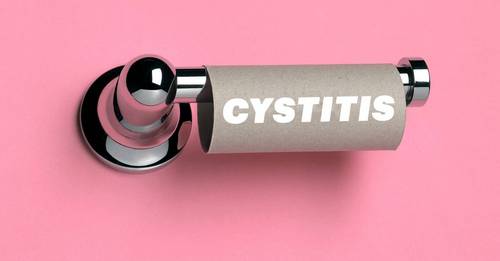 These are the signs you’ve got cystitis