Even in ancient times, folk medicine used certain foods in order to increase male potency. However, each nation had its own views. For example, the Slavs saw herbal remedies as sexual stimulants, and what is funny, priority was given to vegetables in a form similar to the male genitalia: onions, radishes, carrots, celery. Garlic has been credited with the most incredible healing properties, and to this day, medicine recommends garlic: to improve bowel function, as an anesthetic, to dilate blood vessels and stimulate the reproductive system.

As you know, the path to the male heart lies through the stomach. It turns out that this statement is completely scientifically substantiated. Specialists of sexopathologists argue that sexual craving and the ability to realize it is directly dependent on nutrition.

In Western European culture, it was believed that raw eggs can exert the most effective influence on male power, but in the East, the genitals of various animals, meat of dogs, and fresh snake blood served this purpose. In modern Chinese cooking, the Bird’s Nest is rightly considered the most exciting dish. This soup is prepared from phosphorus-rich seafood such as seaweed, fish roe, sea swallow eggs.

By the way, with regard to fish, from the earliest times, the use of fish was associated with the ability to enhance sexual power. And precisely for this, the priests of Ancient Egypt, it was forbidden to eat fish. The benefits of seafood in improving sexual activity are reported by numerous studies by modern sexologists. They noted that among peoples whose marine fish have a significant place in the diet, sexual disorders are extremely rare.

To improve the function of the gonads, it is recommended to eat fish oil, as well as the fat of marine mammals. Spirulina is especially useful – green seaweed, the chemical composition of which includes not only a large amount of phosphorus, but also microelements, vitamins and amino acids, which are indispensable for male power. Truffles, or underground mushrooms, are also rich in phosphorus. As the French writer and lawyer Anselm Brillat-Savarin wrote: “Truffles make men more loving, and women more gracious.”

Many medical authorities hold the view that in order to prevent the development of sexual disorders, you need to sharply limit yourself in the use of fats, namely animals. And this is justified, taking into account the countries of the “third world”, in the diet of which vegetables, fruits, nuts predominate, and therefore – there are almost no sexual problems, as well as problems with fertility. There are enough centenarians who live a normal sex life for one hundred or more years.

Western experts nutritionists recommend preparing a “lecithin breakfast.” These are specially combined foods containing zinc, potassium and magnesium. Zinc is an element of special importance for men’s “health”. He takes part in the formation of testosterone – the male hormone. Zinc has an effect on libido, that is, sex drive, as well as on erection, and is especially required for men of advanced age, because over the years the body ceases to consume zinc from food.

In addition, alcohol, smoking, coffee reduce the reserves of zinc accumulated by the body, resulting in a deterioration in sexual function and a decrease in testosterone in the blood. The lack of this element entails many male problems, such as: prostatitis, impotence and a decrease in sperm volume. But if the lack of zinc is experienced by a boy who has not reached puberty, the consequence may not be the full development of the penis and testicles. Therefore, sexologists advise men to take 15 mg of zinc once a day. Significant zinc content in meat, germinated wheat, nuts, raw eggs, liver, but most of all in the meat of marine mollusks – mussels and oysters.

But the use of one hundred grams “for courage” is endowed with lightness and pleasant excitement. Drinking alcohol in small doses enhances sexual desire. Wines of the highest grades “Madera”, “Sherry”, “Muscat” are able to give some severity to sexual relations. Of course, you should remember about the dose, because excess alcohol can give the opposite effect – fatigue, lethargy, weak erection and decreased sexual desire.

Therefore, based on the foregoing, it follows that  proper nutrition, a healthy lifestyle, and moderation in alcohol are important for  male power. These three main factors contribute to increasing the body’s immunity and improving their physical and sexual capabilities. 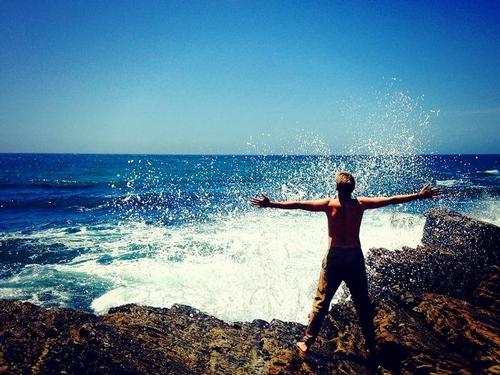 Men’s frigidity, how to fight