The main treatment for various infections is amoxicillin. Clarithromycin is less effective, and is prescribed if amoxicillin is contraindicated.

Amoxicillin directly affects foreign microorganisms in the blood and destroys them. Clarithromycin does not act directly, but stops the growth and reproduction of bacteria, is able to act not only in the blood, but also penetrate the cell. It also has the ability to relieve inflammation.

If necessary, amoxicillin can be taken by children, pregnant women and breastfeeding under the close attention of the attending physician. Clarithromycin is prohibited for children under 12 years of age, pregnant and breastfeeding. There are practically no allergic reactions from the drug, however, it does not combine well with other drugs.

Antibiotics are substances produced by microorganisms, tissues of terrestrial plants and animals, or connected artificially. They are designed to suppress and destroy bacteria of an infectious nature.

Drugs are not a means of preventing and lowering the temperature (do not act against viruses). Their goal is to destroy bacteria.

Antibiotics are classified according to the mechanism of action, origin and chemical structure, spectrum of action and purpose of use.

It is very dangerous to self-medicate. Only drugs prescribed by a doctor are used.

This is a semi-synthetic broad-spectrum antibiotic of the third-generation macrolide group . Drugs of this type are less toxic, easier to tolerate by patients. The difference between this group of drugs is that they are able to relieve inflammation, limit the growth and development of microbes not only in the blood, but also in tissue cells. 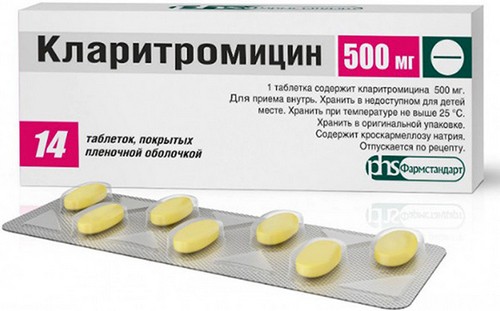 Due to the special structure of the lactone ring, clarithromycin has acquired increased resistance to the influence of the acidic environment, good bioavailability and the ability to accumulate in high concentrations in tissues and organs.

The product is available in the form of capsules, tablets, powder (for the manufacture of a suspension).

How does the drug act on pathogenic bacteria?

Clarithromycin does not destroy microbes, but inhibits their reproduction and development. Once in the pathogen, it disrupts the production of intracellular proteins, which prevents the spread of infection. The drug irreversibly binds to the site responsible for the collection of proteins (the subunit of the ribosome), and interrupts the flow of amino acids to the ribosome. As a result, the bacterium dies.

Indications for use of the drug. Contraindications

Clarithromycin is a second-line drug in the treatment of infectious diseases. It is prescribed in medical practice to eradicate infections caused by susceptible strains. The appointment for the use of this antibiotic is made by the doctor, after a full examination.

The drug is especially effective in the treatment of peptic ulcer and chlamydia. In diseases of the upper and lower respiratory system, it is used in cases of allergies or the resistance of microbes to major antibiotics.

It is not recommended to use the drug for:

During antibiotic treatment, there is a high probability of developing thrush, therefore, antifungal agents are prescribed in addition.

Side effects from the gastrointestinal tract, brain, allergy are possible.

Cranberries for the treatment of cystitis

The most common antibiotic is amoxicillin. The tool belongs to the group of semi-synthetic penicillins with a wide spectrum of action. It is used to treat diseases provoked by susceptible infectious bacteria.

The tool has a high resistance to acidic environment, is perfectly absorbed and concentrated in the blood. But in the lower intestine, its concentration is significantly reduced, so the drug is not effective for treating intestinal infections.

The drug is available in the form of tablets, capsules, suspension and solution for injection into a vein.

How does the remedy work?

Once in the blood, amoxicillin disrupts the synthesis of cell walls in microorganisms sensitive to it and leads to their death. Its effect does not apply to viruses and fungal bacteria.

Indications and restrictions for use

The appointment for the use of an antibiotic is made by the doctor after examining the patient and establishing the fact of the presence of infection. The tool is used to treat diseases of the respiratory system, skin, kidneys and urinary tract, intestines. Also, the drug is effective for the treatment of gastric ulcers as part of a regimen of three components: amoxicillin + clarithromycin + omeprazole.

Sometimes patients experience side effects of the drug in the form of allergies, discomfort in the digestive tract, and complications from the kidneys and liver.

What do these remedies have in common?

Both drugs belong to the class of antibiotics and are aimed at the destruction of bacteria of an infectious nature. They are used to treat diseases of the respiratory system, skin infections.

Particularly effective drugs when used in tandem. The components strengthen and complement each other, which at times reduces the ability of bacteria to develop resistance against the drugs used. This method is used in the treatment of gastritis, stomach ulcers and even tuberculosis.

When and for whom are these funds prescribed?

The dosage and period of antibiotic treatment is determined by the attending physician individually for each patient. This is due to the severity of the disease, the age of the patient and the presence of concomitant diseases of the kidneys and liver.

For pregnant women, the drug is prescribed only by the attending doctor and if the benefit of using the product for the mother is higher than the estimated risk to the fetus.

During drug therapy, nursing mothers should switch to feeding with milk mixtures, in order to avoid getting the antibiotic into the baby’s body with mother’s milk.

Clarithromycin is used only on the recommendation of a treating specialist. Dosage and duration of therapy are selected strictly individually.

For adults and children over 12 years of age, the drug is prescribed from 250 mg to 1 g at a time, in severe cases of the disease, the dose is increased to 2 g. The drug is taken twice a day in equal doses. Patients with severe renal failure should be given an antibiotic with caution.

Children under 12 years of age who are pregnant or breast-feeding are not allowed to use clarithromycin. 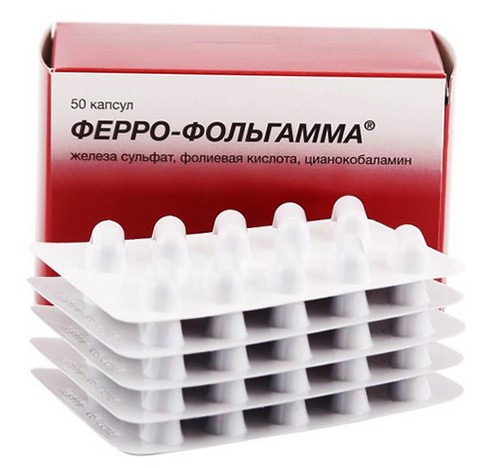 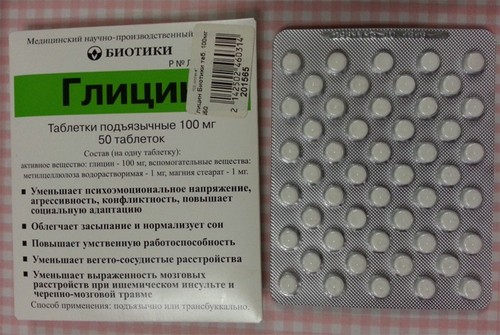 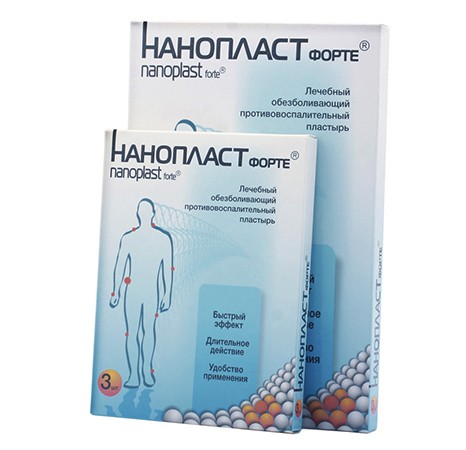