It is impossible to clearly answer the question of which of the two drugs is better. Each of them is the drug of choice for certain groups of people.

When is the best time to choose Bepanten?

Bepanten is best chosen for the prevention and treatment of diaper rash and diaper dermatitis in infants.

You can use the cream from the first days of life. This will help to avoid irritation of the skin of the baby under the diaper.

If problems nevertheless appeared, then it is better to choose a drug in the form of an ointment. Ointment perfectly removes inflammation and heals diaper rash.

They can use Bepanten and nursing mothers, it will relieve irritation and eliminate dryness. But when using it in this case, two minuses should be noted:

This medication is also suitable as an addition to the main treatment of patients with dermatitis accompanied by severe dry skin, for example, patients with atopic dermatitis.

Bepanten can also be used as a cosmetic for the prevention of dryness and irritation of the skin of those parts of the body that are most exposed to environmental factors: face and hands.

When is the best time to choose Purelan?

In turn, “Purelan” is declared by the manufacturer as a cream against dryness and irritation of the skin of the nipples when breastfeeding. He copes with this task perfectly: quickly eliminates even deep cracks, intensively moisturizes. In addition, it is absolutely safe for babies, they can be used constantly and not washed off before feeding.

Very well, the cream heals and cracks in any other areas of the skin: on the lips, palms or feet. It will help in several applications moisturize even very dry skin.

To summarize: both drugs are high-quality and effective. However, when choosing a cream, you should take into account the features of each of them: composition, indications, texture and form of release.

With the birth of a child, a woman’s life changes dramatically. Every day, a young mother is confronted with tasks that she had not thought of before. It is rare when you manage to avoid such a problem as diaper rash in a child. And if a woman is breastfeeding, then with nipple cracks, most likely, sooner or later she will have to face.

The most famous and effective tools to date to help deal with these troubles are Bepanten and Purelan. But which of these drugs is better to choose and when?

Brief description of the drug “Bepanten”

“Bepanten” is a tool that promotes tissue regeneration, that is, accelerates the healing of skin lesions. The active substance is dexpanthenol.

Brief description of the drug “Purelan”

“Purelan” is a remedy for medical hygiene based on natural lanolin of animal origin. The cream is intended primarily for women who are breastfeeding. Its action is based on creating a protective barrier on the surface of the epidermis, which promotes intensive moisturizing and softening. 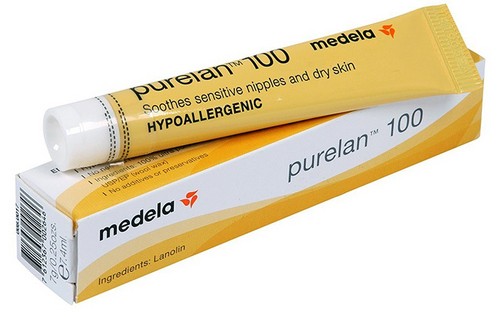 How are the funds similar to each other?

Both drugs are moisturizers and emollients. Both one and the other cream are actively used by nursing mothers to care for irritated and dry skin of the nipples.

Is it possible to prevent the development of allergies in children?

What is the difference between drugs?

“Bepanten” and “Purelan” are different in composition and in the mechanism of action of the drug. Only indications for their use are similar and the result that can be achieved using these medicines.

The Bepanten cream contains several excipients, for example beeswax and cetyl alcohol. This gives a lot of inconvenience to nursing mothers: the cream must be washed off every time before feeding, as some ingredients can harm the baby.

Purelan is a monocomponent preparation. It is a pure natural lanolin obtained from the wool of sheep. Lanolin is absolutely safe for the baby, so it can not be washed off when feeding.

In Bepanten cream, the active ingredient is dexpanthenol. This substance, undergoing changes, takes part in cell metabolism, due to which it has a regenerating and softening effect.

Lanolin in Purelan cream naturally creates a protective barrier on the surface of the epidermis, helps moisturize, soften and limit the spread of infection, but does not change itself and does not participate in cell metabolism.

Forms of release and indications for use

Bepanten is available in two dosage forms: in the form of a cream and ointment.

Cream, unlike ointment, is more liquid and not very oily. It is used mainly for the prevention of dry skin and diaper rash in infants. The drug in the form of an ointment is used to treat diaper dermatitis, small abrasions, chapped nipples in nursing mothers.

Purelan is represented by one form of release – cream. Prevention and treatment of dry nipples during breastfeeding are the main field of application of the drug. Of course, it can be used to treat cracks on the lips, and to moisturize the skin of the feet, but still these indications are secondary.

The difference in the structure of the tool

We also compare subjective impressions when using these drugs. Both the cream and the Bepanten ointment are white, practically odorless. The cream has a very delicate and light texture, the ointment is slightly fatter. When using does not leave any marks on clothes.

Purelan, in turn, has a very oily and viscous structure. The color of the product is dirty yellow. Unfortunately, a substance with such a greasy texture often leaves streaks on clothing. This can be a significant disadvantage when choosing a medication, because it is sometimes necessary to use it for a long time. 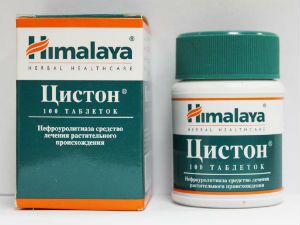 How to take Zistan cystitis and kidney stones