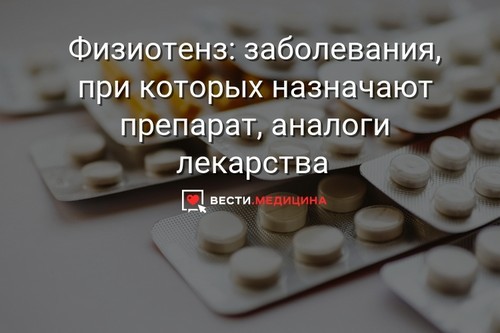 Physiotens – innovative (original) product, manufactured by Abbott Products, USA. The active substance of the medicine is moxonidin. Medication is not included in the first line of products that reduce blood pressure, but there is a certain category of patients for whom it is the drug of choice. This is not only due to the strong hypotensive effect of the drug, but the influence on metabolism. In some clinical researches showed high efficiency of moxonidine in preventing the development of insulin resistance and normalization of metabolic disorders associated with it.

In the application of moxonidine in patients there is a double mechanism of action – the product provides both short-term (mainly due to effects on the sympathetic centers of the brain), and long-term pressure control by suppressing the release of renin (an enzyme that regulates blood pressure) and improvement of renal excretory function.

In clinical practice Physiotens is often used as a drug combination therapy.

Peculiarities of action of Physiotens

Physiotens stimulates imidazoline receptors located in the Department of the medulla oblongata. These receptors play an important role in the Central regulation of blood pressure, modulating the activity of the sympatho-adrenal system. Also imidazoline receptor in control of insulin production.
Physiotens and its analogues (drugs moxonidine) are the following therapeutic effects:

The medicine reduces the level of renin, angiotensin II and aldosterone in plasma. These effects in patients with high blood pressure are of particular importance, as the decrease in the activity of the renin-angiotensin-aldosterone system prevents the development and progression of structural changes in the left ventricle of the heart and blood vessels.
Upon receipt of Physiotens were the results indicating an improvement in diastolic left ventricular function, and prolonged therapy was achieved reducing the increase in size (hypertrophy) of the left ventricle.

Also revealed an interesting feature of the drugs – a higher initial level of blood pressure decreases stronger. In this regard, a promising direction of application of the possibility of elimination of hypertensive crisis.

Side effects such as dry mouth and sedation, Physiotens less pronounced. It contributes to a better tolerance of the medication.

Insulin resistance is a condition in which there is reduced sensitivity of tissues to insulin action and inadequate biological response. Insulin resistance stimulates the release of insulin in large quantities – developing compensatory hyperinsulinemia to keep normal blood sugar levels. Elevated levels of insulin inhibits the breakdown of fats, and this leads to the progression of obesity. Increased body fat to an even greater extent involve the immunity of tissues to insulin and provoke an enhanced collagen production. There is a vicious circle.

Insulin resistance is always a prerequisite to the development of a number of serious complications. Disturbed lipid metabolism in the whole spectrum. Overcoming with the help of Physiotens insulin resistance and reducing the activity of sympatho-adrenal system, is the fight against arterial hypertension, disorders of carbohydrate metabolism. Indirectly normalizes lipid metabolism, which is very important from the point of view of prevention of cardiovascular disease.

The appointment of Physiotens hypertension

The influence of Physiotens on tissue sensitivity to insulin, no adverse metabolic effects allow you to use the drug for the following diseases:

Good tolerance of medication enables the use of Physiotens in the treatment of high blood pressure in elderly patients. The drug is also prescribed to postmenopausal women.

A positive impact of the funds in the course of hypertension in patients with chronic obstructive pulmonary disease.

As a testimony to the appointment of Physiotens is often seen in the metabolic syndrome. This is a complex of symptoms, resulting in a violation of carbohydrate, lipid, purine (a chain of complex biochemical reactions involving different enzyme systems) exchange. It is connected with the increase in the mass of fat, which accumulates around vital internal organs of the abdominal cavity. Also builds insulin resistance, increased insulin levels in the blood. Developing hypertension, which patients suffering from obesity, occurs with features:

With such characteristics it is difficult to reach the target blood pressure. This determines a high frequency of fatal consequences of cardiovascular diseases. Therefore, in addition to the protection of target organs, a key objective of antihypertensive therapy in obesity is also overcome insulin resistance. Treatment requires appropriate medication.

Leaders in the choice among these drugs are agonists (substances forming the response) imidazoline receptors of type I1– Physiotens and its analogues. They not only effectively control blood pressure, but also increase tissue sensitivity to insulin by improving insulin transport glucose inside the cell, have positive effects on carbohydrate and lipid metabolism in patients.

Purpose of medication helps activate the breakdown of fatty tissue. In the application of moxonidine in a dose of 0.4 mg per day decreases the level of glucose in the blood, increases the rate of its utilization, improved index insulinchuvstvitelnyh. We observed a statistically significant increase in level of cholesterol of lipoproteins of high density. The results of two clinical trials showed that long-term use of medication decrease weight.

However, it should be noted that the appointment of Physiotens as monotherapy in patients with arterial hypertension and obesity is possible only at the initial stages of their concomitant development. With a deep pathological process in one tool is not enough. Physiotens or its analog is administered in combination therapy.

The main goal of treatment of patients with hypertension is to reduce the risk of developing cardiovascular complications and death from them. To achieve this goal requires not only reducing the pressure to a normal level, but the correction of all risk factors, treatment of comorbidities, including type 2 diabetes mellitus type. How antihypertensive drugs may influence the metabolic abnormalities – correction, worsen or remain neutral, depends largely on the forecast of the patient, especially patients with prediabetes (the period preceding the disease).

The drugs of the Central action of the first generation (clonidine, methyldopa) are not recommended for use in diabetes in connection with high incidence of adverse effects and the lack of data on the effect on complications and mortality.

Physiotens has no side effects typical for drugs of the first generation, and has a favorable metabolic profile: reduces insulin resistance, hyperglycemia, neutral to lipid metabolism.

However, the treatment only moxonidine effectively no more than 40% of patients, so Physiotens or its equivalent administered with other antihypertensive agents.

Sedative and simpatoliticescoe action of Physiotens allow to recommend it for the treatment of high blood pressure in postmenopausal women. Medication can help relief of menopausal symptoms. This is shown in a study of 112 postmenopausal women suffering from hypertension and obesity.

When treatment for 6 months Physiotens normalizes blood pressure in 81.2% of patients and contributes to the relief of palpitations, hot flashes, shortness of breath, insomnia. In women with baseline insulin resistance, the drug significantly reduces the levels of insulin in the blood plasma.

In addition to the original moxonidine – drug Physiotens in the Russian Federation registered a few generic (generic drugs). The same active substance has the same Physiotens therapeutic effect.

Physiotens cure with proven antihypertensive effectiveness, convenient treatment administration and good tolerability. It can be recommended as one of the possible components of a combination therapy of patients resistant (resistant, not susceptible to influence) history of arterial hypertension or in the presence of contraindications to the administration of medications by major groups.

If Physiotens used in combination therapy, it does not create additional problems, as it is combined with other antihypertensive drugs. Due to its safety and only minor and temporary, quickly passing side effects it suitable for long courses. During long-term treatment medication is well tolerated in 84.4% of patients, satisfactory – at 15.6 %.

Dermatix or Contractubex, the choice of drug 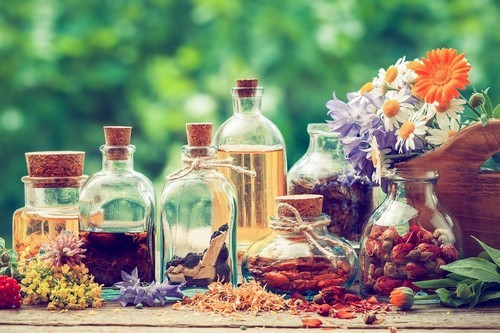