Simultaneous use is impractical, since the effect of exposure to the affected area is identical.

Miramistin is best used to disinfect skin and mucous membranes. It is effective for cleansing the throat and instillation of the nasal cavity. It can be used for inhalation with ENT diseases.

Octenisept can also be used in these cases, but, for example, for the treatment of tonsillitis, it must be diluted with water 1: 6. The drug is more used to treat fungal diseases.

According to patients, Miramistin has a more neutral taste, and its analogue is bitter. Octenisept is allowed to be used in the treatment of children, but the child can involuntarily swallow the liquid, which should not be allowed according to the instructions.

We can conclude that Miramistin wins in many respects. But the decision about the choice of antiseptic lies with the attending physician and patient.

To cleanse a wound, tissue, organ from harmful microorganisms, you can not do without chemicals called antiseptics. Some have long established themselves as effective remedies, while others are only entering the arena of the modern drug market. For example, Octenisept is a new generation drug, and Miramistin is a tool already familiar to many. There comes a time when you need to choose one of them, for this you need to know the pros and cons of each.

Combined antiseptic and disinfectant. It is produced in the form of a solution of 250 ml, 50 ml. Vials can be with nebulizers or vaginal applicators. The main active ingredients are octenidine hydrochloride and 2-phenoxyethanol. 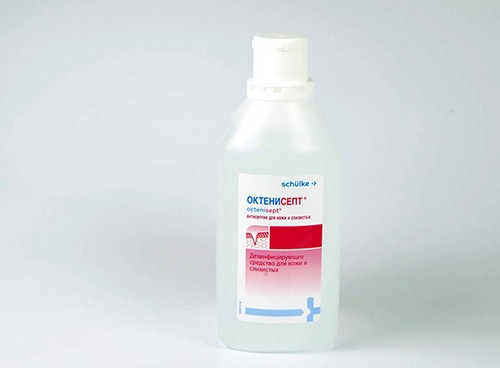 The drug is used to disinfect mucous membranes, skin tissues, wounds. It has a bactericidal, fungicidal effect. The tool is active against:

Octenisept is used in the treatment of children, premature infants. If necessary, during pregnancy. The drug acts locally. Does not penetrate the mucous membranes and skin, the placenta. However, it can not be injected deep into the tissue, for example, using a syringe so as not to infect the tissue. It is better to use a swab or spray.

When processing mucous membranes, it is necessary to avoid swallowing the substance. It is important to ensure that it does not get into your eyes.

There are no cases of overdose. The drug causes adverse reactions:

The drug is not used simultaneously with PVP-iodine.

The drug belongs to antiseptic and disinfectants. It is produced in the form of a solution of 0.01% and ointment 5 mg / g. It is applied only externally. The main active ingredient is miramistin (0.1 mg / 1 ml).

A feature of an antiseptic is that it acts oppressively selectively on harmful microorganisms without harming the membranes and cells of the human body. It has a pronounced antibacterial effect on bacteria:

The drug is active against monoculture and microbial colonies, including Hospital strains.

Its effect extends to the causative agents of sexually transmitted infections:

It has an antifungal effect, spreads to: yeast, yeast-like fungi, dermatophytes, pathogenic fungi. Under the influence of the drug, the resistance of mycobacteria to antibiotics is significantly reduced.

After applying the drug to the lesion, the main substance does not penetrate the skin and mucous structures.

Miramistin is not used in pediatrics. No cases of overdose have been reported. Side effects are rare. Manifested in the form of a short-term burning sensation. Usually these symptoms disappear on their own after 15 seconds. On the skin, slight irritation, redness, and itching may appear.

Being antiseptics, both drugs act on a wide range of microorganisms. Accordingly, they have similar indications:

Both drugs are available in the form of solutions and are used only topically.

Despite the fact that the drugs act on the same principle, they have certain differences: Have Ketonal is a medicine against pain and inflammation 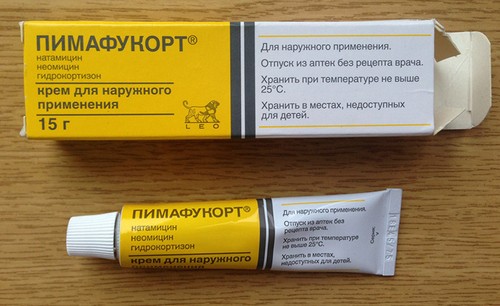