The drugs in question belong to the same pharmacological group. They contain the same active substance, which means they are absolute analogues of each other. They have general indications for use, practically do not cause side effects, are well tolerated. In addition, they do not interact with other medicines, therefore they are allowed to be taken during treatment with other drugs. Also shown before radiological, ultrasound examinations.

Despite many similar characteristics, there are some distinguishing features between them:

Both remedies have proven themselves on the positive side, have high efficiency, so it is difficult to say which of them is better. Many people prefer to acquire Meteospasmil, since it contains two active substances that enhance each other’s action. Espumisan is more common for treating children.

Despite the fact that these drugs are available without a prescription, it is better to consult a doctor before use to avoid unpleasant consequences, as well as to exclude more serious pathologies. Only he will be able to correctly diagnose, conduct the necessary examinations, as well as prescribe treatment for each patient individually.

A huge number of people are affected by pathologies of the gastrointestinal tract. Very often a person turns to a gastroenterologist, complaining of discomfort in the abdomen, bloating, violation of the stool. To eliminate this symptomatology, certain medications are used. The most popular among them are Meteospasmil and Espumisan.

Characteristics of the drug Meteospasmil

It is a combined drug that reduces the intensity of cramping, pain, gas formation in the intestine. In addition, it helps to reduce the increased tone of smooth muscles, covers the walls of the gastrointestinal tract with a protective membrane, thereby enveloping it. 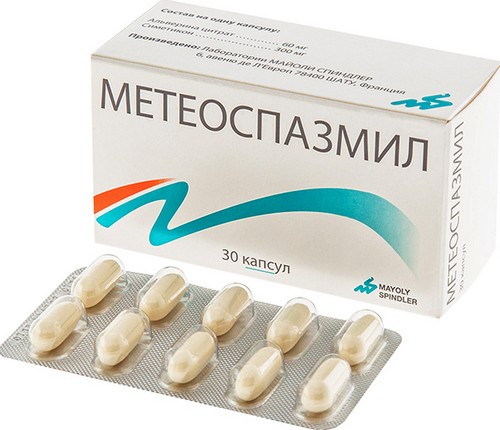 Active ingredients are alverin citrate, simethicone. Auxiliary components include soybean oil, medium-density fats. It is available in the form of gelatin-coated capsules, inside of which there is a suspension of a thick consistency with a white color.

Take one capsule 2 or 3 times a day before meals, drinking plenty of clean water. The duration of treatment is determined by the attending physician. In case of an overdose, it is recommended to induce vomiting and rinse the stomach, if necessary, call an ambulance.

Contraindications are children under 14 years of age, as well as hypersensitivity to incoming components. It is not recommended to take during the period of bearing a child, breastfeeding. An exception may be the case when the therapeutic benefit exceeds the potential risk to the child under the strict supervision of a physician.

Treatment of prostatitis with laser: types, indications and contraindications

Undesirable side effects may include:

It is released without a prescription form.

Characterization of the drug Espumisan

It is a medicine that helps get rid of excess gas accumulation in the digestive tract. Available in the form of capsules, sachets with granules, drops for children, emulsions. 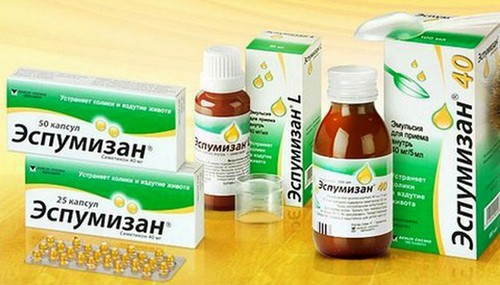 It is indicated for the following diseases:

It is not recommended to use if there is:

This medication is safe, undesirable side effects were not detected during administration. An exception may be an allergic reaction in the form of skin rashes, requiring the withdrawal of the drug. Also, it does not affect driving by vehicles and work requiring increased concentration of attention. An overdose is unlikely. You can buy it without a doctor’s prescription form.
Post Views: 238
Spread the love

Cordaron or Amiodarone, which is more effective