Persistent pain in the abdomen, diarrhoea or constipation – these symptoms are familiar to many people. of course, not always go with them to the doctor, believing that the reason is banal indigestion.

Often, however, these signs may indicate a much more severe disease. An inflammation of the intestine. The symptoms and treatment of this disease are described in this article.

The description of the disease

Inflammation of the intestines, strictly speaking, is not one disease, but a common term that encompasses various pathologies of the body. They hit different departments, and also can have a different origin or etiology. However, one thing unites them – a pathological process in the mucous membrane of the intestines, which lead to unpleasant symptoms and reduce the functionality of this organ.

The structure of the intestine

The human intestine is the longest organ, consisting of many departments. Accordingly, pathological processes, in particular, and of intestinal inflammation, can occur in any part of it.

Large intestine or colon is called the division, after starting thin and ending with the anus. The purpose of this Department is the collection of undigested food residues from the small intestine and display them on the outside. In addition, in the colon are absorbed into the blood water, electrolytes and some vitamins.

The colon is composed of several elements:

Inflammation of the rectum is called proctitis, sigmoid – sigmoid, cecum – teplicam, the Appendix is appendicitis.

Enteritis, or inflammation of the small intestine is one of the most common inflammatory diseases of the gastrointestinal tract. Enteritis often accompanies such acute infectious diseases as typhoid fever, cholera, enteroviral infection, salmonellosis. Additionally, the possible enteritis hepatitis, cholecystitis, pancreatitis, gastric ulcer. Chronic enteritis is rarely a primary disease. Exacerbations often occur on the background of violations of diet or alcohol consumption. Often, however, the inflammation extends to other parts of the digestive tract, causes such diseases as gastroenteritis and enterocolitis.

The causes of intestinal inflammation

Causes inflammatory diseases may be different. Knowledge of the etiologic nature of the disease largely determines the strategy of treatment, because in many cases the healing is enough to remove the underlying cause.

What factors most often influence the occurrence of inflammatory diseases of the intestine:

Some inflammation in the bowel, e.g. ulcerative colitis etiology remains unclear. In some cases the occurrence of inflammation of the intestine is influenced by genetic and hereditary factors, although this factor probably cannot be called decisive.

Women and men suffering from inflammatory diseases of the intestine with about the same frequency.

Cause of inflammation of the intestine often becomes a wrong diet. They can appear in that case, if a person consumes a lot of fatty, fried, salted, smoked and spicy food, semi-finished products, inadequate amounts of fiber. Also a negative factor eating habits – long breaks between meals, overeating frequent, eating hastily and eat cold food.

Bacterial infection as a cause of intestinal inflammations

In most cases bacteria are the direct cause of infectious colitis. This is due to the fact that for some reason decreases the amount of normal microflora of the colon. However, as they say, a Holy place is never empty. And the result in the gut settle various pathogenic microorganisms – Staphylococcus, Streptococcus, Salmonella and E. coli. Excreted toxins damage the mucosa. In the duodenum cause inflammation of the mucous membrane may be the reproduction of the bacterium Helicobacter pylori.

Intestinal inflammation is rarely observed in its full length, as a rule, suffers one of its departments. Therefore, the symptoms are different types of inflammation can vary. Also distinguish between chronic and acute forms of disease, has its own distinctive set of characteristics. The acute form is called a form, in which negative symptoms is not longer than for 1 month. The symptoms of chronic forms can usually be observed in a person for many months or even years.

The symptoms of enteritis

When enteritis is characterized by such symptoms as diarrhea, occurring mainly after eating, copious and frequent (up to 20 times per day) liquid or viscous stools containing much undigested food particles. The characteristic symptom of enteritis – dull dragging pain in the navel or in the right podstole. Sometimes, pain may make the nature of colic. Symptoms of enteritis may also be weight loss, weakness, anemia, dry skin, brittle nails, hair loss. These phenomena occur due to the fact that nutrients are not fully digested in the small intestine. A common symptom of enteritis in women – menstrual disorders. Among the symptoms of the acute form of enteritis – fever, headache.

The symptoms of colitis

In chronic colitis characterized by the presence of symptoms such as dull pain, localized along the line, which is the large intestine is the anterior wall of the lower part of the abdomen. Pain can be amplified as a result of errors in the diet, and as a result of mechanical impacts, for example, after a trip to transport. However, the explicit time dependence of the pain from eating, as in enteritis, colitis is not observed.

Also among the symptoms of the common disorders of stool and flatulence, nausea, lack of appetite. The characteristic symptom of ulcerative colitis – diarrhoea coupled with constipation. Chair with colitis usually liquid, however, the amount of feces when it is small. However, you may experience and constipation. Symptoms of acute exacerbation include abdominal pain, blood or mucus in the stool, a false urge to defecate, fever, weakness and malaise.

To the treatment would be successful, you first need to establish the cause of the disease. When the diagnosis is necessary not only to determine its type and etiology, but also to separate the inflammatory process in the intestine other diseases of the gastrointestinal tract, such as tumors, cholecystitis and pancreatitis, biliary dyskinesia, of irritable bowel syndrome. In women under inflammatory processes in the gut are often masked purely feminine illnesses, such as adnexitis.

Also very useful when the diagnosis is a blood test. High levels of leucocytes and erythrocyte sedimentation rate in the blood usually indicates an inflammatory process.

Treatment depends on the kind of disease. In most cases, inflammation bowel conservative treatment. The major methods are medicines and diet.

If the disease is caused by bacteria, the treatment is done with antibiotics, if helminthic infestations – anthelmintic drugs. To relieve inflammation can be prescribed corticosteroid anti-inflammatory drugs, e.g. prednisolone.

In that case, if the inflammation is caused by autoimmune diseases, treatment with medicines-immunosuppressants.

Treatment of inflammation in chronic form, can be carried out with the help of traditional medicine, herbal medicine, having astringent and anti-inflammatory action, for example, decoctions of oak bark, chamomile, St. John’s wort.

In the treatment, however, it should be borne in mind that any medicines have contraindications and side effects. So, the treatment anti-inflammatory hormonal drugs cannot be longer than 5 days, and laxatives are contraindicated in bleeding and hemorrhoids.

Treatment of any type of inflammation of the gastrointestinal tract involves the diet. Diet implies a rejection of products, irritating the mucosa. It’s alcohol, coffee, smoked and spicy dishes, fatty meats, canned foods, sodas. In addition, you need to eat boiled, not fried food. Among meat and fish low-fat varieties are recommended. The meals should be sufficiently frequent – 5-6 times a day, it is recommended to drink plenty of liquids, especially in severe diarrhea. A more detailed diet should be dietitian or gastroenterologist, based on the characteristics of the disease.

Prevention of inflammation of the gastrointestinal tract

Is it possible to prevent inflammatory diseases of the gastrointestinal tract? In most cases, it is quite possible, because the cause of the disease are improper diet, bacterial infection, alcohol abuse and medicines. In addition to the likelihood of inflammation effect stress, diabetes, lack of vitamins and minerals in the body, chronic disease of other internal organs – gastritis, cholecystitis. Therefore, careful attention to their health and lifestyle will help to avoid such unpleasant diseases as enteritis and colitis. 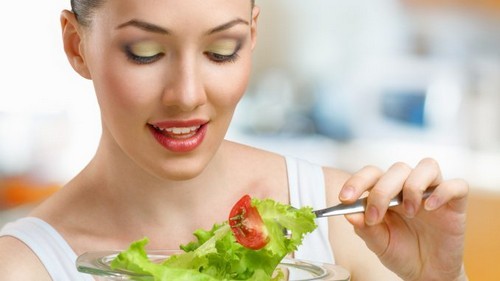 After the hepatitis. How to repair the liver? 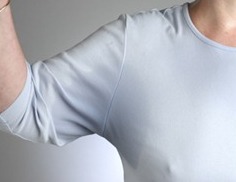 Hyperhidrosis: how to get rid of excessive sweating of the feet, hands and underarms. 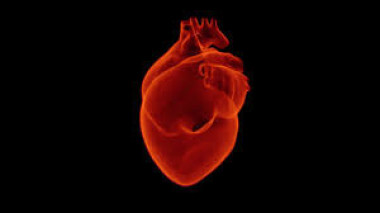