Moreover, “ARNA BC” – breast cancer test, based on the analysis of free-circulating DNA in human blood plasma was developed and validated in lab. Lab sensitivity and specificity of ARNA BC are both close to 95% rate.

It means that ARNA BC currently doesn’t even have any close competition in terms of its efficiency among any other available or in-development tests.

Cancer Diagnostics – The Sooner The Better

“There is an ICO boom, and most projects are eager to attract even more money for financial services development. The share of projects aimed to solve the society problems is precious little. According to ICO WatchList, Financial ICO reaches more than 15.5% of all launched ICOs. Asset management industry, payments/wallets, blockchain platforms are to follow offering some vague projects tripling the ultimate risk. And Drugs/Health industry ranks only No. 15 in the list with the tiny share of 3.2%! The trend can be explained easily – you won’t be able to paint beautiful picture here without real research data.” – Comments Egor Melnikov, the Founder and Director General of ARNA Genomics

It’s widely proved the sooner the disease is detected, the higher the chances to cure. If you detect the breast cancer at the 1st stage the number of survivals during the next 5 years is close to 100%, and there are only 22% at the 4th stage.

Thus, the early detection of cancer is one of the biggest hopes of humanity in treatment of this disease. After 10 years of scientific research ARNA Genomics founders developed technological platform of liquid biopsy based on several breakthroughs, ranging from unique proprietary method of DNA amplification from the whole blood to defining the set of cancer DNAs, detection of which leads to confident diagnosis.

What are the pains of modern healthcare? There are quite a few – the lack of data integration between providers, low trust between patients and providers, and source of confidential patient data for robust computer analysis.

The most painful issue of oncology diagnostics is population-wide lack of trust towards “formal” evidence-based diagnostics and treatments. The most striking example is the rising of self-treatment and alternative medicine movement. Thousands of new cancer patients intentionally disregard medical advice and keep practicing clinically unproven methods. And here is blockchain to help revive the trust and transparency.

There are many systems around the world that aim reaching the same goal, but fail to develop traction sufficient for growing the market place. ARNA PANACEA competitive advantage lies not in the technology itself, but in the strategy of deployment.

The first step of deployment of ARNA PANACEA will happen in the narrowly defined market niche, where advantages of the blockchain technology are magnified by combination of disease structure and customer need. It is early cancer diagnostics. And principally, early detection of breast cancer.

Currently, the key goal of ARNA PANACEA is to solve the narrow problem – to demonstrate the patients the reliability of aggressive tumor detection. The flair of ARNA project is that control- and validation-friendly breast cancer detection process will be recorded in ARNA PANACEA blockchain system thus proving its sustainability. And ARNA PANACEA in turn proves the sustainability of ARNA BC. The two ARNA projects will become a reality simultaneously leading both to generation of new diagnostics platform and digital center of global healthcare.

ARNA Panacea platform will eventually spread far beyond validating healthcare technologies and storing patient data. The system is expected to unite and serve the entire marketplace of global healthcare by providing multiple benefits to all stakeholders.

The first working release of ARNA Panacea is planned for the middle of 2018. 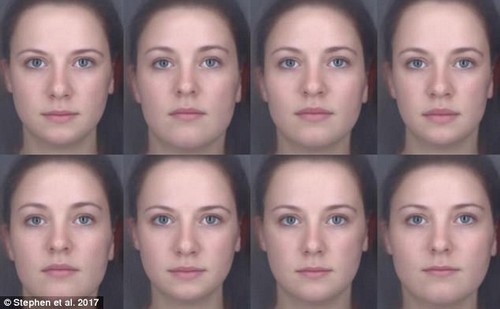 Sydney study finds your face gives away your health