Christmas is the time where families come together and celebrate but unfortunately not everyone is lucky enough to do so.One such girl is seven-year-old Aroha White, who last year spent Christmas on the children’s cancer ward at a Perth hospital.

Although this year she will be able to spend the special day with her family she has taken on the task of making Christmas stockings for other sick children who will be spending it in hospital.

‘She’s been going to school a couple of days a week and once she walks through the door it’s the first thing she wants to do, so she’s been chipping away at it slowly,’ Aroha’s mum, Emma White, 30, told Daily Mail Australia.

Aroha White, seven, is making 65 stockings for children on her ward spending Christmas in hospital (pictured)

Aroha started the project when she was in an isolation ward in October.

‘She was only diagnosed October last year and she was in inpatient, and we spent most of the time  in hospital,’ Emma said.

‘She has lost some friends along the way and has really been struggling emotionally, she also has to deal with the years and years of treatment it will take for the leukemia because she won’t finish until 2019.’

Aroha’s parents gave her the opportunity when she was in isolation to work towards a project and gave her suggestions such as Disneyland and Harry Potter World.

‘She said without hesitation “I want to make sure everyone has a stocking at Christmas and nobody gets left behind and that mummies and daddies are not forgotten and brothers and sisters too” and that’s where her journey really started,’ Emma explained.

‘Out of who we had around last Christmas, not everyone is with us this Christmas, and losing her friends Summer and Kai, for Arohha, has been huge.

‘It’s not fair that she has to grasp these concepts at just seven. She’s losing her friends so a big part of this is just keeping her spirit alive,’ her mum said.

”She said without hesitation “I want to make sure everyone has a stocking at Christmas and nobody gets left behind,’ Emma said

Aroha was diagnosed with Acute Lympho-Blastic Leukaemia which started with her being very unwell.

‘Aroha had been very ill with asthma and the common cold, she started to get fractures and in the lead up to me taking her to the hospital we saw numerous GP’s, the local ED and in the lead up she went yellow and I knew her liver wasn’t working.

‘Being a nurse I checked her liver and her spleen and they were enlarged and I knew it was sinister and it was something more complex.

‘An hour later she had her bloods taken, an hour after that we were told she had leukemia, they said “she’ll need bone marrow and we’re lucky we’ve got her here, if it had been any longer she might not have made it”.

‘We were lucky, it’s a hard thing to diagnose.’

‘Being a nurse I checked her liver and her spleen and they were enlarged and I knew it was sinister and it was something more complex,’ Emma explained

Unfortunately Aroha has suffered other complications due to the leukaemia.

‘She has diabetes due to the treatment and both her vision and hearing has been impacted,’ Emma told FEMAIL.

‘She’s gotten into the swing of things, she knows the ward intrinsically, but she won’t walk away with the innocence of the child she was.

‘That kid though, you mention the stockings she lights up, if I say to her “go do one more outline of a stocking” she will go off quietly and do it, it’s helped with the grieving process.’

Emma told FEMAIL that making the stockings has helped Aroha with the grieving process as she has lost friends along the way. Before this Aroha had never touched a sewing machine before and now she has made 62 stockings, with three more on the way.

She learnt to sew on the floors of her ward, her parents would sneak in the sewing machine at night so she could chip away at it. The White family is also strict on whats going in on the stockings, for the safety of the children they all have to be brand new.

Young kids will be receiving items such as pencils, Lego, playdoh, mini board games and dolls, and teenagers will receive items like headphones and iTunes gift cards. Each stocking will have the same items for each age group and Aroha wants to make sure parents and siblings don’t feel left out, so they will be given their own as well.

The White family is also strict on whats going in on the stockings, for the safety of the children they all have to be brand new.

Aroha, who has been very ill over the past year, is helping bring joy to other sick kids.

‘She loves to acknowledge parents and knows how hard they work and she is also always offering her bed to other people if they need it.

‘These kids don’t look upon themselves as unwell, they are kind and compassionate.

‘On Christmas Eve Aroha will be going around and delivering stockings and when she delivers them they will be empty and in the morning they will be magically filled.’

That’s when they started the GoFundMe account, to make sure they had everything ready to go.

‘The response has been phenomenal and now it’s just stockings we’ve been able to cover,’ Emma said.

‘We’ve spoken to Aroha, she’s a little power house that girl, she wants to send a special card to families who have lost her babies and ultimately that extra money will be used to support children emotionally, a couple of years time we will be setting up an initiative for emotional support which is what is severely lacking.’

Her family were going to close off the GoFundMe page once it hit it’s goal, but after the death of another child on the ward they decided to keep it open.

‘We where going to stop donations. But in light of the events this week, Aroha in her grief, wanted to make sure families that won’t have a little one home on earth, to hang stockings and open presents are also included,’ the update on the page reads.

‘She has a plan – to send thru [sic] a Christmas care package to our families that have angels this Christmas.’ 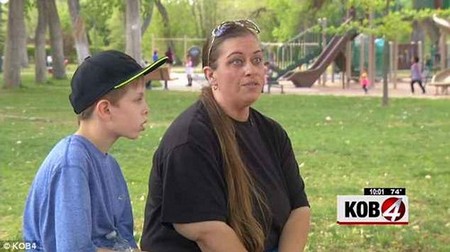 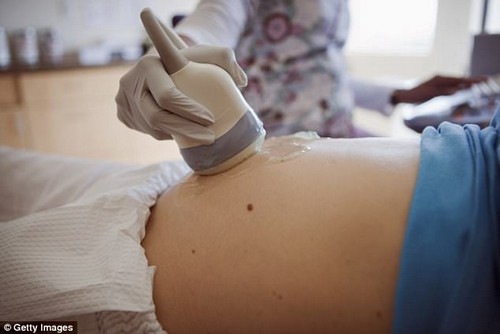