Pathology means not only a cosmetic defect. Its consequences can be more serious – the most common of these is the violation of nasal breathing. Some patients may experience headaches and snoring.

Among all the anatomical structures that form the nose, most of the deformation occurs in the side of his partition. The nasal septum to form bone and cartilage elements.

The bony part of the septum consists of: The nasal septum divides the nasal cavity vertical into two parts – they are usually not the same, this asymmetry is found in 75-90% of all people. If the nasal septum is curved, the cavity still more vary in size and internal structure, which may be unilateral deterioration of nasal breathing.

The curvature of the nose is manifested as:

The curvature of the nose as a hereditary trait can be observed from generation to generation – often about the consequences of the curvature (in particular, violation of nasal breathing) to the audiologist treated several members of one family.

The unequal growth of the nasal bones, which leads to its curvature, occurs:

Irregular growth of facial bones, which may occur deformation of the nose, triggered by the same factors as the uneven growth of the nasal bones. If the architectonics of the skull (a combination of bone structures in the same unit) is changed, this causes a change in the “composition” of the nasal bones and, as a consequence of the weakness of their connections, causing the curvature of the nose.

Injuries of the nose is the most common cause of its curvature.

To described the pathology of lead:

Their role is that in the recovery period nose appears scar tissue that can cause its deformation.

Deformity of the nose due to mechanical trauma occurs in the following way:

Traumatic damage to the bones and cartilage of the nose, leading to its curvature, is:

A variety of household situations that can lead to deformity of nose, perhaps the greatest – until the absurd and comic situations.

Most often, this trauma is preceded by:

Production trauma of the nose with its subsequent deformation often occurs due to non-compliance of safety rules and ignoring safety regulations. In most cases, injured people engaged in physical labor:

Injuries of the nose are often observed as a consequence:

Unintended causes of the curvature of the fracture often causes a sharp deceleration of the vehicle (in particular, if the driver or passengers not wearing a seatbelt and hit his nose on the glass front of the showroom or car seat front).

Trauma leading to deformation of the nose, are deemed to have been unintended when playing sports.

Basically it is a sport which involves falling and the power struggle with rivals:

Intentional injuries rarely result in curvature of the nose – often they are the cause of more severe violations on his part. However, deformation of the nose can occur due to unexpressed injury in the fight, when the man managed to Dodge the punch in the nose.

Also applies to intentional trauma during the fighting, mostly from the concussion of the facial skull.

Of pathologies that can cause a deviated septum, often “caught”: Of diseases of bone tissue, which may cause distortion of the nose, most often mentioned:

Such destruction of bone tissue lead to its depletion – because of this comes the weakening of bone structures.

Defeat of the cartilage, can lead to curvature of the nose often develops on the background:

Chondrites can be of different origin:

Mainly degenerative changes in cartilage occur as a result of autoimmune pathologies – diseases in which the body perceives its own tissues as foreign and triggers the fight with them.

Most often deformity of the nose due to destruction of cartilage observed on the background of diseases such as:

It is the following factors:

Of vascular disease contribute to the deterioration of the microcirculation in the tissues of the nose, and therefore, disruption of their supply with the subsequent weakening of cartilage and bone structures. Often:

The involvement of such abnormalities to the deformation of the nose lies in the fact that disturbed blood supply of the bone and cartilaginous structures of the nose – they do not get enough oxygen and nutrients, as a result becoming weaker and more sensitive to the action of a pathological factor.

Diseases of the blood involved in deformation of the nose in the sense that their background is also deteriorating nutrition of bone and cartilage structures of the nose. Most often it is:

Endocrine disorders contribute to the curvature of the nose, because because of hormonal failures violated the metabolism (metabolism) and trophic (feeding) tissue. One of the most significant disorders is diabetes mellitus – a failure of carbohydrate metabolism due to persistent shortage of insulin.

Of chronic diseases often the background for the deformation of the nose are the following diseases and pathological conditions:

If deviated septum is the bone and/or cartilage parts of it are also formed:

Such small defects, however, impair nasal breathing, as develop on the background curvature.

Depending on which tissue structures of the nose have suffered, there are two types of curvature of the nose:

The violation of the symmetric shape of the nose is mainly observed in the region of the backrest or of the nasal septum.

A deviated septum can be of several types:

The curvature depends on the choice of corrective surgery.

The signs of the curvature of the nose are:

Violation of the natural shape of the external nose is most often seen in: Violation of nasal breathing leads to the fact that the person is breathing with an open mouth – this can lead to drying up of the mucous membrane of the mouth, which provokes unpleasant feelings.

Nasal discharge often appear when the accession of infectious complications.

Headaches and deterioration of health are developing due to the violation of nasal breathing and, as a consequence, violations of oxygen to the tissues.

Diagnosis of curvature of the nose put on the basis of complaints and data inspection. Additional research methods (instrumental and laboratory) are mainly used to determine the cause of pathology and to clarify the extent of changes in the nose.

Instrumental methods of research that are informative for the diagnosis of curvature of the nose is:

Differential diagnosis is carried out between the pathologies that could trigger the development of curvature of the nose.

Complications that often accompany a curvature of the nose are: Treatment for curvature of the nose, surgery

A deviated nose can be corrected only with surgical intervention. It is carried out according to the indications:

Medical indications for rhinoplasty are:

This involves such operations as:

Surgical treatment of curvature of the nose is recommended after 18 years – after this age the turn completed bone growth of the nose. If the curvature of the nose provokes marked disorders (worsening of nasal breathing, headaches, and so on) in each individual case the possibility of rhinoplasty in the earlier period. In the basis of postoperative treatment is based on the following assignments:

Nasal breathing is not restored immediately, the patient can breathe freely through the nose in just a few weeks after the operation, disappears when the soft tissue swelling and will cease to form a crust of sukrovichnye mucous secretions.

For 1 month after the operation the patient is contraindicated in any physical activity.

Using appropriate surgical techniques complications plastic correction of the shape of the nose do not develop often, but about the possibility of their occurrence should be remembered. This: The main prevention of curvature of the nose the following activities:

The prognosis for the curvature of the nose in General prosperous – thanks to the developed skills of plastic surgeons.

Some unpleasant consequences may arise exclusively from the unwillingness of the patient to deal with problems of their own noses. 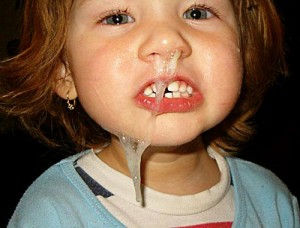 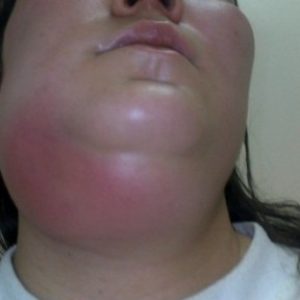 Chondrophora of the larynx – what is it? Causes, symptoms, treatment