DPS transitioned to virtual learning in March after an extended spring break. Cordova says they were able to provide 55,000 Chromebooks to students and help families get access to better internet connections at home.

She hopes that advancement will improve the experience in the fall. She also points out that the start of the school year during summer months can be tough in some buildings without air conditioning.

Rico Munn is the superintendent of Aurora Public Schools. He says their planning has been guided by Tri-County Health and what the district believes it is supposed to do for its students. He explained that elementary and middle schools will use a cohort system with one teacher. Students will have the option to study remotely if they want.

“We’re learning new things every day, we’re adapting every single day to those new things and trying to respond accordingly,” he said on the call.

Leaders for two major school districts in Colorado discussed how they’re preparing for the academic year beginning in the fall during the pandemic with learning taking place at least in part virtually. The superintendents for Denver and Aurora Public Schools districts were part of a webinar hosted by the Denver Metro Chamber of Commerce Monday to give the community an update.

“I think that will be an incredibly important tool for us to be able to take a science-based approach to make sure that the conditions are safe,” Susana Cordova, superintendent of Denver Public Schools, told the Zoom conference call.

High schools in APS will use a block schedule where underclassmen are on campus the first half and upperclassmen arrive for the second half of the day. While one group is on campus, the other will be learning remotely. Munn says transportation is still being addressed, keeping social distance will require allowing only about a third of students who normally can fit on one bus.

Dr. Jonathan Samet, dean of the Colorado School of Public Health, also joined the call to explain some of the modeling used to help inform health officials and school leaders. The SEIR Model looks at people in a community broken down into four stages: susceptible, exposed, infected, and recovered. He explained that the current trajectory of data available shows that ICUs will go beyond their capacity in the next two months. He also noted a rise in cases among younger people, as social distancing has been reduced by that population.

“We do treat Colorado as if though it were one and the people randomly mix but they don’t,” Samet said on the Zoom call.

He explained the goal of herd immunity will be a challenge in Colorado before a vaccine with only about 5% of the state infected with COVID-19. He also acknowledged the state’s relatively low vaccination rate may also become a challenge in getting people to use one for the coronavirus when it becomes available.

The superintendents emphasized that constant collaboration and coordination is needed among districts. They also look to the health districts for guidance regularly to make sure they will be ready for the fall.
“Helping our young people learn and grow academically and socially,” Cordova said. 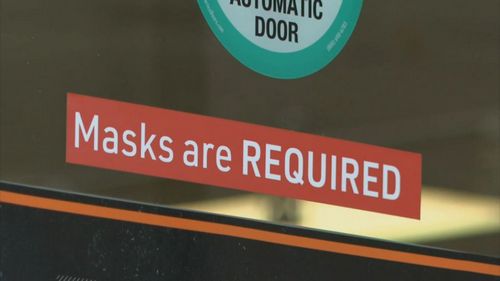