Jessica Helson started the Boulder micro-community in mid-March and so far she’s made 150 matches.

“At a time when I was just, like the rest of the world, just feeling so disconnected and shell shocked by what was happening, I knew that I had to do something for people who were going to be really hurt by this,” Helson explained.

As coronavirus continues to take a toll on our economy, and the workers in it, a new movement has come together to help fill some of the gaps. It’s called Pandemic of Love, and it brings together people in need with their neighbors who can  help.

It started in Florida in early March, and was so effective and efficient that it’s expanded to communities across the country including Boulder.

The concept is simple. There is a form for people in need, and one for people who want to give. Jessica takes the forms and matches patrons with families in need.

“We generally are receiving three requests for help to every one pledge for support,” Helson said.

The intent was a simple one-on-one match that could cover a small expense like a prescription, a bill that won’t be forgiven, diapers, groceries, a take of gas. The average gift is just $135. Erika Bennet was in just that kind of need.

When the pandemic hit, her family had already invested all their discretionary funds into a last minute move. Then schools closed, daycare closed, Bennett’s job closed, and her partner was thrown out of work for a time. On top of all that, the family had to make an unexpected trip out of state for a death in the family.

“At that point, we were putting everything on credit cards,” Bennett told CBS4.

When the family got back, they were tapped out of money, and in need of some basic supplies. That’s where Pandemic of Love stepped in.

“I was able to get connected with a couple of really awesome people who were able to facilitate groceries and diapers, just some basics, that I really, really needed,” Bennett explained.

Krysia Gallagher was one of the awesome people who facilitated groceries for Erika. She said she was looking for a way to stay connected and help out during the pandemic.

“I like the fact that it’s honest, and quick, and really helps someone immediately, right around here,” Gallagher said.

Neighbors helping neighbors. Bennett looks forward to the day when she can pay the kindness forward, because we are all in this together.

How dangerous is the new Covid variant and where has it spread? 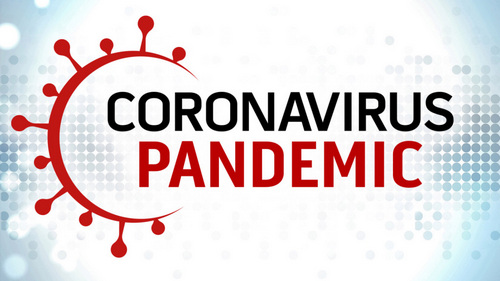