The name of the syndrome “affective-respiratory” comes from two words: “affect” – intense uncontrolled emotion, “respiratory” – referring to the process of breathing. ARS is a violation of the rhythm of inhalation and exhalation against the background of strong anger, crying, fear, pain. Synonymous names – affective respiratory attack, rolling in crying, an apnea attack, breath holding. The prevalence of the syndrome is 5%. The epidemiological peak covers children from six months to one and a half years.

After five years of age, seizures develop extremely rarely. Gender features do not affect the incidence of pathology, but in boys the manifestations often disappear by 3 years, in girls – by 4-5.

Children tend to experience anger, rage, resentment, fear, but these emotions do not always lead to respiratory impairment. The causes of apnea with strong affective arousal can be:

The classification of affective-respiratory attacks is based on the characteristics and severity of clinical manifestations.

There are four types of syndrome:

Symptoms of ARS in children

Affective and respiratory manifestations begin with crying, fright, pain. The child breathes intermittently, suddenly becomes silent, stops, the mouth remains open. There are wheezing, hissing, clicking. Apnea manifestations are involuntary. Breathing is interrupted for a period of 10 seconds to 1 minute. A simple attack is completed after 10-15 seconds, no additional symptoms. Apnea after a fall, shock is accompanied by blanching of the skin, mucous membranes. The pain reaction develops very quickly, there is no crying or the first sobs are heard. There is a faint, the pulse is weak or not palpable.

Affective and respiratory syndrome in case of negative emotions – insult, rage, frustration – is typical for babies of 1,5-2 years. Breathing stops at the moment of intense crying, screaming. Accompanied by blue skin, simultaneous hypertonia or a sharp decrease in muscle tone. The body of the child is arched or limp. Less often develop clonic convulsive muscle contractions (twitching). In all cases, there is an independent restoration of the respiration process, the color of the skin is normalized, the convulsions disappear. After a simple attack, the child quickly recovers – starts to play, run, asks for food. Long attacks with loss of consciousness, convulsions require a longer recovery. After the completion of apnea, the child cries silently, falls asleep for 2-3 hours.

Affective-respiratory syndrome does not represent an immediate danger to the child. Without adequate treatment, there is a risk of developing epilepsy – among patients with this disease, bouts of held breath in history are found 5 times more often than in the general population. This feature is explained by the innate ability of the brain to react sensitively to external and internal factors. Side effects of affective-respiratory syndrome are oxygen starvation of the brain, depletion of the central nervous system, manifested by asthenia, disorders of memory, attention, mental activity.

Clinical, instrumental and physical methods are used to diagnose affective-respiratory syndrome and its differentiation with other diseases occurring with attacks of respiratory disorders, convulsions. The leading specialists are a psychiatrist and a neurologist.

Treatment of ARS in children

Treatment of affective-respiratory syndrome is carried out in a complex. The help of a psychologist, psychotherapist is shown to all children and their families. The decision on the need for the appointment of pharmaceuticals is made by the doctor individually, depending on the severity of the symptoms, the age of the patient.

The following therapies are used:

The prognosis of affective-respiratory syndrome is positive, the symptoms usually disappear by 5 years. Psychological techniques help to prevent attacks when interacting with a child: it is necessary to learn to anticipate emotional outbursts and to prevent them – to feed the baby in time, to ensure proper sleep, rest, active games, which allow to relieve emotional stress. Crying is easier to stop by switching attention, asking to perform an action (bring it, look, run away), rather than demanding an end to the expression of emotions. The phrases “do not cry out”, “not Noah” “stop now” only increase the affect. Children of two or three years should explain their condition, point out the irrelevance, the ineffectiveness of hysteria.

Affective-respiratory syndrome (ARS) – episodic short-term respiratory arrest in children, developing with intense emotional arousal. Apnea appear at the peak of crying, severe pain, fright after a blow, a fall. Affect suddenly stops, the child cannot inhale, becomes silent, turns blue or pales, muscle tone falls. Sometimes there are cramps, fainting. After a few seconds, breathing is restored. Diagnosis is based on a survey, examination of a neurologist, supplemented by EEG, consultation of a psychiatrist, cardiologist, pulmonologist. The treatment is carried out with the help of medicines, psycho-correction methods of education. 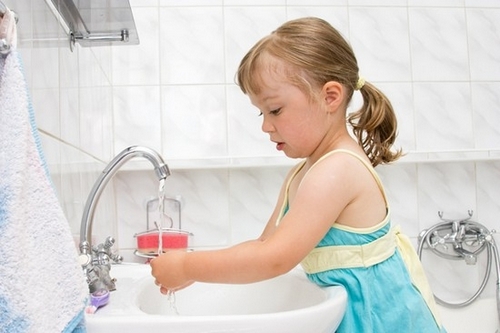 Diarrhea in a child, what to do