The Department of Health and Social Care said: “The Lighthouse labs were created at the same time existing NHS England or PHE lab capacity was expanded, which allowed NHS capacity to be reserved to test patients and NHS staff while testing eligibility was broadened out through the Lighthouse labs.

“As the daily stats show demand fluctuates throughout the week. Extra capacity ensures we have what we need to respond to local outbreaks and continue with vital surveillance studies.”

Jeremy Hunt, former health secretary and chair of the Commons health select committee, said he thought it was “extraordinary” the labs were not being fully utilised.

Dozens of shifts at one of the government’s coronavirus mega-labs have been cancelled and staff paid to stay away because of a lack of test samples, a whistleblower has revealed.

A member of staff at the Alderley Park Lighthouse Laboratory has shared a tranche of emails sent from lab bosses to staff during May and June with The Independent.

They show more than 40 separate shifts at the labs were cancelled in the past two months, often with just a day’s notice or less.

There have been widespread calls to increase testing and earlier this week the chief executive of NHS England Sir Simon Stevens told MPs he wanted to see “a significant further increase in testing capacity”.

Saffron Cordery, from NHS Providers, which represents hospital trusts, said: “The last thing we want at the moment is to have testing capacity sitting idle. If that is the case it must be addressed as quickly as possible.
“We have consistently called for regular, routine testing for health and care staff as part of a clear test and trace strategy. Ideally the NHS would regularly test all staff and patients, irrespective of whether they showed symptoms or not.

“The medical and scientific advice is that regular testing is needed at least twice a week to be effective.”

The insider, who contacted The Independent after reading our in-depth investigation of the mega-labs earlier this week, said: “The Alderley Park Lighthouse Labs have had an ongoing issue with entire shifts being cancelled due to not enough samples. Approximately 50 per cent of my shifts in May and June were cancelled. They still pay us for this time, but the open cheque seemingly given to these labs by the Department of Health does not seem like an appropriate use of taxpayers’ money.”

They shared messages sent to staff which warned them against speaking to journalists or sharing information about the cancellation of shifts but which separately encouraged workers to use social media to post positive and supportive messages about the labs and their work. The guidance also included examples of the “right kind” of messages staff should post.
No hype, just the advice and analysis you need

The whistleblower said: “We have private companies overseeing this who seem far more concerned with their social media policy than in running a diagnostics lab which meets the appropriate standards. I feel quite uncomfortable working there, to be honest, and if I’d known it was run by a private company before I’d joined, I’m not sure I would have signed up.”

The revelations come as the latest data from the NHS test and trace service show it is failing to reach a quarter of those tested positive by the labs.

Mr Hunt, who has called for mass testing of NHS and care staff after it emerged hospitals were a major source of infection, said: “Today’s figures show we are still struggling to get the large majority of new coronavirus infections into the test and trace system.

“When the Lighthouse laboratories have so much spare capacity it seems extraordinary we are not rolling out routine testing for parts of the population at highest risk such as frontline health and care staff.”

The problem of not enough samples to test has been a persistent issue at the lab in Alderley Park since the beginning of May. On 19 May Peter Simpson, site director for the labs, emailed staff to say the widening of testing for anyone with symptoms would increase demand and keep the labs busy, but the emails show shifts have continued to be cancelled regularly throughout May and June.

He added: “Following discussions, I now have confirmation from the Office of Life Sciences that you shall be fully paid for shifts we allocate to you and that we subsequently cancel or curtail, because of a lack of swab numbers, or due to other matters outside our control. I also have confirmation that this will also apply retrospectively for those where we have cancelled in the past weeks.”

On 12 June, Sally Price, head of cell and translational science, emailed workers saying: “As many of you have seen, we have again had several days where sample numbers have been much lower than our capacity. Whilst the numbers of people going for testing are beyond our control, we have been working hard to secure a stronger supply of samples and as a result of which we are now expecting to process more home test kits. We hope that there will be fewer cancelled shifts as a result of this.

“Until the swabbing centres report daily attendance it is impossible for us to guarantee the number of samples that will arrive so some unpredictability will remain.”

The insider said staff were reminded on an almost weekly basis not to talk to journalists.

But social media guidance sent to staff said: “We encourage staff at the Lighthouse Labs to share their experiences working at the Labs on social media. What are you enjoying about working here, what are you proud of, what has been most memorable – let people know!”

It included examples of the type of messages they could consider posting.

The whistleblower also raised concerns about the standards the labs were working to claiming: “I don’t feel the labs are running to the same health and safety standards as an NHS or [Public Health England] lab would – our PPE is simply not appropriate. We should be given disposable gowns which fasten at the back, for example (as is done at the Glasgow site), but instead we reuse lab coats worn by other staff as the laundry facilities can’t keep up.”

Medicine Discovery Catapult Ltd, a not for profit private company which runs the lab, said it had been inspected by both NHS and the Health and Safety Executive which had raised no concerns about clothing and it followed advice at all times from clinical advisors.

It insisted staff were trained fully on the work they were doing with Covid-19 samples.

The insider also described a lack of incident reporting processes and detailed an incident where they say one worker cut their glove while virus samples were being opened and this was never reported.

MDC told The Independent there was a clear incident reporting process that staff were required to review and sign before working in the lab.

MDC added: “On some days the number of swab samples delivered is below the lab capacity, so we need to cancel shifts for some or all staff on those specific shifts. When this occurs, we clearly communicate the reasons to the staff involved.

“We value the commitment of our workforce and therefore have a policy that if staff are scheduled on a shift which we need to cancel, they are paid for that shift, as it is the right thing to do.”

Regarding the claims of the whistleblower, a spokesperson added: “This individual has to the best of our knowledge never raised any of these concerns internally. There is a clear mechanism to raise concerns with management, which is explained to all new starters at their induction. We routinely encourage feedback from all our staff.”

It added that it had made no profit from the Covid-19 testing work. 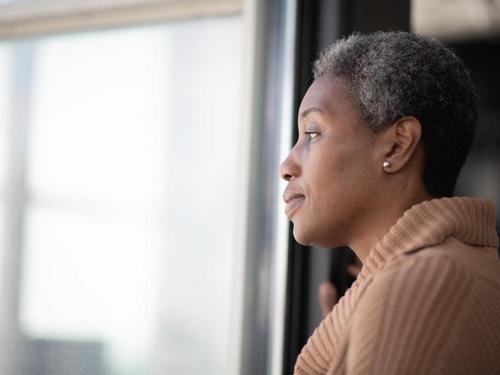 Depression and anxiety higher among ethnic minority Brits during lockdown

How does the drug treat coronavirus and is it available in the UK?