Albinism (from the Latin albeus, i.e. “white”) is a hereditary disease due to a genetic mutation transmitted to children from parents. The same “colorless gene” can “focus” and then a healthy child is born to parents with varying degrees of albinism. The close relationship of parents, even if they have normal skin, eye and hair color, can provoke the birth of an albino child. Albino children are found in all ethnic groups.
Personal opinion

I don’t like the word albinism. It sounds like we are flawed people, but we are normal normal people. We were both born with albinism. When we started talking about the child, I persuaded Mark to undergo genetic examination. Her results were expected: our child will be an albino. Now we have a beautiful three-year-old son, blond as we are. We can no longer imagine life without our son, who is full of energy and already seems much more confident than we were at his age. The son, of course, has vision problems, but I teach him that this also happens with other children, and if he holds the book a little closer to his eyes than other children, this does not mean that he is special. Edward is not shy about other children and communicates well with his peers.

Unfortunately, the albinos still remain unfriendly in Europe and the United States. I was completely disappointed with the character from The Da Vinci Code (the killer monk Silas). I do not want my son to watch the animated film “Pirates”, where there is an evil pirate albino.

My husband Mark is working with Leonard Cheshire Disability (a charity that supports people with disabilities in the UK and around the world) to fulfill their potential and live their lives. We hope that our son will not be inconvenienced by our youth. In any case, we will do everything for this.

Uniqueness – a friend of loneliness. Everything that nature creates unusual, causes fear, surprise, admiration and prejudice. Albinos is the case when there are no indifferent to the natural anomaly, but caution is more than enough. Why do babies give birth to albinos and what should parents do about it? Learn at MedAboutMe.

Nature does not like monotony and creates incredible beauty of creation among people and among the animal world. It seems that nature, as an experimental scientist, regularly experiments, seeking unprecedented perfection. Sometimes the experiment fails, but it still exposes what happened to everyone. Just a pity, probably, to destroy their creations, even if not entirely successful.

Albinos – this is exactly the same “failure”. Abnormally beautiful, unusual, mysterious, but, as they say, “superfluous” in the item of expenditure of nature. Unprofitable this production. Albinos are sick more, die more often, live for a short time. The point is not only that among representatives of the animal world, they are too noticeable and become easy prey. The thing is genetics. In albinos, a genetic malfunction occurs, which is expressed in the complete blockade of the enzyme (“tyrosinase”), which helps to synthesize melanin, which is responsible for dyeing tissues. Science is not yet aware of why a blockade arises and what needs to be done to prevent it. Scientists have only calculated that one out of seventies living on earth is a carrier of albinism. The gene of colorlessness, giving rise to beautiful creatures, causes albinos to pay dearly for inimitable beauty.

Is it possible to know in advance about the birth of an albino child?

Unlikely. The disease is caused by genetic disorders, so all that future parents can take is to get serious about the issue of offspring planning and undergo a genetic examination. There are no preventive measures for preventing albinism in children.

What if baby has albinism?

First, understand that albino children are the most common, but require extra care.

Secondly, consult a doctor to determine the type of the disease using a laboratory test.

With full albinism, the child will have all the characteristic external signs: hair and eyelashes of an unusual white color, pale, almost transparent dry skin, eyes with a completely colorless iris because of what they look red. Fat albinos are particularly vulnerable to infection and sunlight.

With incomplete albinism in children, the reduced content of melanin, therefore, pigmentation of the skin, hair and iris will be incomplete, sometimes the disease is accompanied by photophobia.

With partial albinism, achromy appears (spots on the skin with a clear boundary), strands of bleached hair or iris are possible.

Common signs of albinism of any type concerning vision:

Due to visual impairment, albino children usually read with their heads bowed low.

The hypersensitivity of the skin of albino children leads to sunburn, which can contribute to the development of cancer.

How to help baby albino?

The main task of parents is to be careful and caring.

Caution is manifested in the observance of simple rules.

Permanent protection of the child from the action of UV rays, using simple techniques:

Albinism is a hereditary disease, so any self-medication is excluded. Medications can be taken only after consulting a doctor.

Increased care is needed for albino children because of their unusual appearance. Often children become the object of ridicule, moreover, they are painful and parents should be especially careful about the health of an albino child.

I was born in Hong Kong. The fourth child in the family, but the only albino. My unusual appearance initially caused me some suffering. People do not like that you are not such a “white crow”. I was ridiculed for a long time, my parents condemned, they were humiliated because of squint, but all this is already in the past. Our family decided to move to Sweden. Basically, of course, because of my skin color, but also because there the sun is more benign. Yes, and I do not stand out for their appearance.

Here I was fascinated by photography and music. One day my sister persuaded me to participate in a television show. After this transfer I was offered to try myself as a model. Now I work for Jean-Paul Gautier and try to combine it with a rock singer career.

People want you to feel uncomfortable, they want you to become an outsider and sad. Can I let them do this only because I am different from them? Of course not!

“The incurable disease” – this is still the conclusion of modern doctors. It is impossible with the help of modern methods of treatment to compensate for the lack of melanin in the body. Consequently, vision disorders in children associated with albinism cannot be eliminated.

What do doctors recommend?

In addition to light protective means, use glasses and dark lenses.

Correction of the muscles during strabismus is possible with the help of surgical intervention.

It must be borne in mind that during any surgical interventions (and even during dental treatment) in albinos it is difficult to stop the bleeding.

Alertness on the part of those around them in everyday life turns out to be incredibly popular in the modeling business for albino children. “A miracle of nature from another planet” – as they are called.

Alina Yurkevich, Anastasia Zhidkova, Polina Bogdanova, Alena Subbotina, Anastasia Kumarova are already participating in professional photo shoots. These girls got into the modeling business, thanks to its extraordinary appearance. They are albinos.

Nariyan Ivanova is from Yakutia. Journalists called her “Snow White” for her unusual skin color and blond hair. Nariyana is artistic and charming, she is not at all embarrassed by the photo and movie cameras and has already gained thousands of fans on the Internet. Even the British Daily Mail posted her photo.

The popularity of Nariyans is growing, and scouts of many model agencies dream of getting a blond beauty from the Yakut village. While the artistic little girl is in elementary school, so her mom “blocks” the requests of model agents and does not let Naryan “go to work”.

Unusual models are in demand in the modern fashion industry. The puppet parameters of the former beauties “pass” before the mysterious appearance and charisma of albinos.

People are subconsciously wary of those who look different than everyone. Parents who have a baby albino should not be taken as a misfortune. Any child is special and your blond angel needs the same care and love as other children. Swine flu symptoms in a child 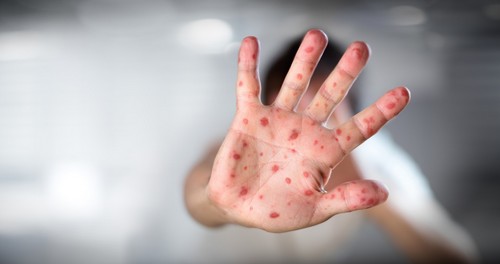 When not to be vaccinated?

One thought on “Colorless gene”