Treatment of tuberculosis in children for a long time – up to 6 months. It is very important to take the entire dose of anti-tuberculosis drugs at a time, to avoid interruptions and follow the correct diet and diet.

As for the drugs themselves, there are five groups of drugs that are selected depending on the age of the patient, the presence or absence of chemoresistance, the stage of the disease. In any case, only a doctor can prescribe them.

Self-medication can lead to the most disastrous results. In some cases, surgery is performed, for example, the removal of a certain lobe of the affected lung, part of the intestine.

This will restore the function of the damaged organ and prevent the spread of infection to the surrounding organs and tissues. After the operation, the patient also continues the started therapy, observing bed rest and taking painkillers.

It is very important to abandon the use of spicy food, to avoid stress, hypothermia, heavy physical exertion. For tuberculosis, it is recommended to follow the diet number 11.

We must immediately say that treatment of tuberculosis with folk remedies cannot be independent: it is recommended to combine it with the main therapy. The treatment of dried insects – bearheads has become widespread. It was found that the leukocytes in the blood of these pests can liquefy and kill Koch’s wand.

Treatment of alcohol tincture based on wax moth larvae is no less popular. However, for obvious reasons, therapy with these means in children is not always possible, therefore it is better to look for more acceptable methods that do not have a strong effect on the fragile children’s psyche.

Tuberculosis is an ancient and dangerous disease caused by such a mycobacterium as the Koch wand, named after its discoverer Robert Koch. In affluent and developed countries, the incidence rate among children is very low, but in the third world countries there are up to 800 patients per 100,000 children.

The disease affects all human organs and systems, making children disabled and often fatal. Therefore, it is extremely important to vaccinate children in time, examine and prescribe timely treatment, during which it is very important to complete the entire course.

A kid caught in the hearth of tuberculosis infection becomes an ideal target for Koch sticks. The risk of infection is increased by contact with a sick person, eating infected milk or meat. Genetic predisposition, stress, HIV, AIDS, chronic infections – all of these are related to factors contributing to the disease.

Children from dysfunctional families in which parents suffer from alcoholism or drug addiction leave the places of detention, most often diagnose this disease. Signs of tuberculosis in children are often found in shelters, boarding schools, and other closed groups.

The younger the child, the greater the chance that he will be infected due to the immaturity of the immune defense. Therefore, prevention of tuberculosis in children, early vaccination and tracking of the Mantoux reaction are of great importance. If a “turn” is detected, the child’s tuberculin reaction is registered and observed, if necessary, by assigning appropriate treatment. If this is not done, he may develop primary tuberculosis.

Pretty “many faces” of tuberculosis in children. Symptoms of this disease may be absent altogether, but the most common complaints include frequent infectious diseases of the upper respiratory tract – influenza, ARVI, bronchitis, pneumonia.

Intestinal infection is also one of the “masks” of tuberculosis. In most cases, symptoms of tuberculous intoxication are observed, which manifests itself as paraspecific reactions. Obvious symptoms appear already with the spread of the disease and its complication, therefore, early diagnosis of tuberculosis in children is very important.

In any case, the symptoms will depend on which organ is affected by Koch’s wand. Pulmonary tuberculosis causes a prolonged cough. If the infection penetrates into the bones, then there are changes in the skeleton, the formation of a hump.

When the work of the patient’s central nervous system is disorganized, headache, insomnia, vomiting, and convulsions torment him. At defeat of peripheral nodes their increase in sizes is observed. 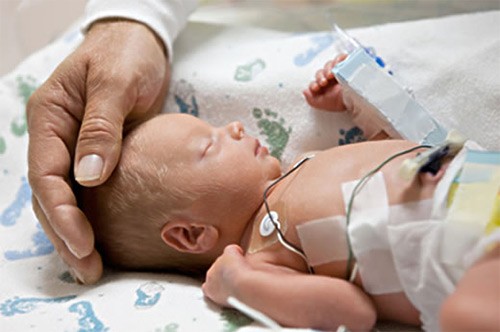 One thought on “Treatment of tuberculosis in children”