Often people after forty years are tormented by systematically appearing pains in the groin area, these uncomfortable feelings are associated with destruction of the hip cartilage. The pathology is called osteoarthritis of the hip joint or coxarthrosis, the destruction that occurs in the cartilage can lead to disability, so early diagnosis of the disease and timely adequate therapy is extremely important in the fight against such changes.

Depending on the causes of coxarthrosis, the following forms are distinguished. Primary, characterized by the development of the disease on an invariable joint for unknown reasons.

The secondary process begins against the background of existing inflammatory foci in the cartilage, for example:

The first degree is considered initial, characterized by mild pain, the occurrence of which is associated with excessive physical exertion. After a short rest, the discomfort disappears, during walks, slight lameness can be observed. On the radiograph, no changes are noted.

The second degree, the disease progresses, the pains become more frequent and stronger, when walking the patient needs support, so they use a cane. A sharp pain to this extent appears during turns, getting up from a chair or squats, this is due to the reflex tension of the muscles around the joint. When diagnosing, a thickening and tightening of the femoral neck is noted, the joint gap narrows.

The third degree, the pain becomes unbearable, excruciating, is permanent, intensifies during movement. There is no possibility to stand freely on the legs, severe dystrophy of the muscles is observed. The x-ray shows significant changes in the joint, bone growths are observed, the gap is narrowed, the femoral neck is enlarged.

Osteoarthrosis of the hip joint does not have a single cause, the disorders form over a long time and have a number of possible factors that could provoke the onset of the disease.

The main reasons include:

Hip osteoarthritis has certain signs of its development.

Symptoms primarily depend on the degree of osteoarthritis, but the main ones can be distinguished:

In addition to pain and constant discomfort, deforming osteoarthritis of the hip joint develops, the main symptom of this form is the complete destruction of the cartilage, which cannot be restored. In this case, a complex operation will be required – endoprosthetics, when the natural cartilage tissue is replaced with an implant.

In addition, a hip fracture is considered a serious complication of the pathology, the process of cartilage restoration is very long and painful, especially for the elderly.

Interesting fact! About 16% of the inhabitants of our planet suffer from osteoarthritis, and after 60 years it develops in every second elderly person.

It’s important for people prone to illness or over 45 years of age to have an annual examination to detect the problem early. The earlier the pathology is identified, the greater the likelihood of doing without surgical intervention.

If you find the first symptoms with various discomfort, immediately contact a rheumatologist or orthopedist, only a qualified doctor will be able to determine the exact diagnosis and prescribe adequate treatment.

Diagnosis consists of an anamnesis of pathology, examination of the patient and, of course, radiography. A final study is a must and will help in making an accurate diagnosis. An x-ray shows a clear picture of what is happening, it reveals a narrowing of the joint space, expansion of the femoral neck, bone growths, etc.

In addition to examination and radiography, laboratory tests can be additionally prescribed, in particular, a blood test, in which there will be a clearly defined inflammatory process and increased ESR. Perhaps the use of ultrasound research.

Treatment of osteoarthritis of the hip joint at an early stage, possibly with the help of conservative therapy. It will not be possible to completely get rid of the disease, but it is quite possible to prevent further destruction of the joint.

To alleviate the pain syndrome and reduce the inflammatory process, non-steroidal, anti-inflammatory drugs are prescribed, both locally and inward.

This group of funds includes:

If the inflammation is pronounced, injections into the joint cavity with glucocorticosteroid drugs are given, this procedure is prescribed, in extreme cases, under the strict supervision of a doctor.

To improve the metabolic process in the joint, medications are used, which include the structural components of cartilage.

A prerequisite in the fight against coxarthrosis is rest for a sick joint. To ease the load on the sore leg while walking, use a cane or crutches, depending on the complexity of the process.

Physiotherapeutic procedures occupy an important place in the treatment, a positive effect is noted from:

Together with complex treatment, it is necessary to adhere to a diet.

Foods to be excluded from the diet:

The diet should include the following products:

Diet should be combined with therapeutic exercises, but the exercise should be under the supervision of a specialist. You can not engage in physical therapy during an exacerbation.

If osteoarthritis of the hip joint has a neglected form and does not lend itself to conservative treatment, they resort to cartilage prosthetics. Arthroplasty will help to relieve endless pain and restore normal physical activity. Destroyed cartilage tissue is removed, replacing with an endoprosthesis. After the operation, a long rehabilitation period is necessary.

To prevent the development of coxarthrosis, the prevention of the disease is recommended. It is based on its maximum reduction in the load on the joints, by controlling body weight, and it is also required to avoid excessive physical exertion and injury. 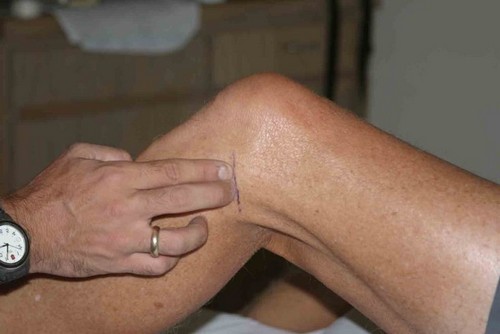 Osteoarthrosis of the knee, treatment