What is the average weight of a baby? What weight will it be considered to be a big baby?

How do doctors estimate the weight of a fetus? Fetal weight can be estimated on ultrasound by measuring the size of the baby’s tummy. Unfortunately, ultrasound is not perfect as the error margin (over prediction and under estimation) is 10-15%.

How do they decide what type of birth method a mother should take?

Every woman should be encouraged to give birth vaginally, unless there are medical reasons to warrant a caesarean section. Caesarean section is a major operation with greater risks than a vaginal birth. Common risks include infection, bleeding requiring transfusion, and blood clots in the legs. In addition, there are implications for future births. Subsequent vaginal births carry a small risk of scar rupture during labor, and subsequent caesarean sections carry a higher risk of surgical complications

Is a Caesarean section birth usually encouraged if the mother is carrying a big baby?

One concern is that big babies are more likely to have shoulder dystocia at vaginal delivery (shoulders getting stuck, requiring special maneuvers to deliver the shoulders.)Shoulder dystocia is a cause of labor related baby deaths and baby’s nerve injuries. A local study of shoulder dystocia in Singapore determined that a birth weight above 3.6kg was associated with a 16 times higher risk for shoulder dystocia compared to pregnancies resulting in the delivery of an infant weighing less than 3.6kg. If the mother is carrying a big baby, the decision for the safest mode of delivery would require an individualised discussion between the woman and her doctor.

What kind of symptoms do obstetricians look out for to check if the fetus is going to be a big baby?

At every antenatal visit, the obstetrician would palpate the pregnant woman’s abdomen, measuring the fundal height measurement, a measurement from the top of the womb to the top of the pubic bone, approximately equivalent to the number of weeks in pregnancy gestation. The estimation is crude, and if on palpation the abdomen feels larger for dates, the doctor would then consider an ultrasound to estimate fetal weight.

Published local data in the 1970s revealed an average birth weight of 3.18kg for Singaporean Chinese babies at 40 weeks, with 10% of babies weighing more than 3.71kg. Unpublished recent data showed that that the average weight for a Singaporean baby is 3.2kg.

What are the factors that might cause fetuses to grow so big?

According to previous reports, babies weighing more than 4kg will give problems to Asian mothers. Is this true? What kind of problems will mothers run into?

(Footnote: The following risks quoted are for mothers with big babies in general, and does not pertain to Asian mothers alone.)

Are weight gains of about 16kg normal for a mother during pregnancy? What is considered to be an abnormal level of weight gain and will the danger of having a big baby increase if a mother’s weight increases too much during a pregnancy?

The total weight gain of a healthy woman in her first pregnancy without dietary restriction ranges from 10 to 16kg. There is a direct link between weight gain of the mother and baby’s birth weight. Recent US research shows that excessive weight gain (>18kg) doubles the risk of big babies. 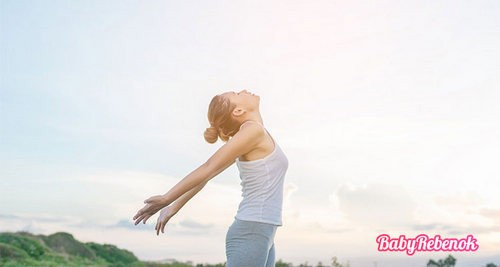 3 thoughts on “How do doctors estimate the weight of a fetus?”