Constipation during pregnancy is the most common complaint that women make at the doctor’s appointment. Two-thirds of pregnant women have difficulty emptying the bowels during gestation, and one in three also has a problem in the postpartum period.

During gestation, constipation can negatively affect a woman’s condition, as well as adversely affect the general condition of the uterine muscles: she may be in a state of increased tone, which, ultimately, will lead to premature contractions.

Whether constipation is dangerous during pregnancy depends on how often the problem occurs and whether it affects the general condition of the mother and fetus. In order to prevent dangerous complications, the pathology must be eliminated by passing a comprehensive examination, analyzing the diet, physical activity and other factors provoking constipation (the scientific name for constipation).

Causes of the problem

Constipation in pregnant women can occur at the beginning of the term, and almost before the birth itself, starting from 32 weeks, including the prenatal period – at 38-40 weeks of pregnancy.

The causes of delayed digestion and bowel movement can be various and depend on the period of gestation. It is necessary to consider in more detail the provoking factors at different times. At the very beginning of pregnancy, at 3-4 weeks, there is a sharp restructuring of the female body. Many problems are provoked by the woman herself, violating the regimen recommended by the doctor.

The most common causes of constipation in the early stages:

The listed reasons can affect digestion not only at the beginning of bearing the fetus, but also provoke problems up to 37-40 weeks of pregnancy.

From the second half of pregnancy until the very birth, a few more problems are added to this list:

To determine the causes of intestinal dysfunction, you need to contact your doctor. The doctor will be able to study the medical history, assess the medical history and health status of the pregnant woman, identify provoking factors and give recommendations on the treatment of the problem.

Women who first encounter a digestive problem often ask doctors if constipation is dangerous during pregnancy. Possible consequences may depend on the gestational age, on the woman’s lifestyle, her nutrition and related diseases. Risks vary at different times and can only be determined by a specialist who observes a woman. What is the danger of constipation during pregnancy in the early

timing? Doctors associate possible pathologies of fetal development precisely with the intake of harmful substances to the child through the mother’s gastrointestinal tract. When a pregnant woman does not empty her colon for a long time, accumulated toxins enter the bloodstream and into the baby’s body through the placenta.

Since the laying of organs and systems of the baby takes place precisely in the first months, during this period the future mother needs to minimize the risk of poisoning and colds.

In addition to the risk of fetal intoxication, there is a risk of a miscarriage due to frequent abdominal pain due to regular digestive problems. Severity can occur not only in the lower abdomen, but also in the lower back. Stresses and feelings join these factors, and constipation becomes even more dangerous.

Constipation at 37–40 weeks of gestation can be dangerous with severe straining during a bowel movement. The tone of the uterus increases with excessive load, which can cause premature onset of contractions. Read more about how contractions begin before childbirth →

Impaired intestinal function can also provoke the development of inflammation of the genitals, thrush and colpitis. And these pathologies in the last weeks of pregnancy are undesirable, since the fetus can get infected during passage through the birth canal.

Regular constipation at 39–40 weeks of gestation increases the risk of gestosis – late toxicosis. Nausea, an increase in blood pressure and swelling join the pains in the abdomen, despite the small flow of fluid into the body.

Does constipation affect pregnancy, many women in the position ask. The answer of the doctors is unequivocal – yes, and in order to avoid negative consequences, you need to seek qualified help in time.

What else constipation is dangerous during pregnancy, the doctor will tell you when examining the body of the expectant mother, based on individual symptoms and causes of pathology.

Which doctor treats constipation during pregnancy?

To identify the causes of intestinal dysfunctions and their elimination, you must first consult a doctor in a antenatal clinic that conducts pregnancy. After examining and evaluating complaints, the doctor can recommend consultations of narrow specialists.

It is recommended to visit doctors:

Perhaps constipation in the last weeks of pregnancy is provoked by dysbiosis, gastritis, hemorrhoids or associated pathologies. There are frequent cases when the irregularity of bowel movements is explained by a neurogenic factor – a woman is worried, afraid to push and restrains the urge to go to the toilet.

An endocrinologist can identify pathologies of the pituitary gland, thyroid gland and others. A call to a proctologist can promptly identify a bowel tumor that the woman did not know about before pregnancy.

To establish the most complete picture, to identify all the possible reasons why constipation appears during pregnancy and to understand what to do, the future mother will be diagnosed.

According to the results of the analyzes, it will be seen where to move further in establishing the causes of the pathology and how to treat constipation during pregnancy – will there be enough changes in the diet and physical activity or will you have to resort to medications.

Instrumental studies during pregnancy are not recommended, except for sigmoidoscopy. Colonoscopy is also indicated. X-ray examination is prohibited.

How to treat constipation during pregnancy depends on the initial cause of their occurrence. There are both medical methods and proven folk remedies. In addition, the doctor can recommend just changing the way of life, to establish digestion (establish a diet, increase physical activity). What is constipated depends on the period, for example, at 38 weeks of pregnancy, it is dangerous to abuse fruits and juices with a laxative effect, which help well in the first half of gestation. It is better to eat more vegetables and foods high in fiber – these are carrots, pumpkin, zucchini, tomatoes, cucumbers, as well as dried fruits and rye bread. Sour-milk products are useful and not dangerous – yogurt, kefir, drinking yoghurts.

You can’t get carried away with strong coffee and tea, cocoa, cereal soups, white bread and flour products – these products have fixing properties. If they are abused, constipation occurs, which leads to an increased risk of premature birth in the later stages.

Exercises recommended by your doctor and performed regularly will help those women who are constipated in the 38th week of pregnancy and earlier. What can be done for almost all pregnant women is to walk more in the fresh air, to do gymnastics and yoga for expectant mothers.

Small, but regular physical activity throughout pregnancy will help improve intestinal motility. However, before starting classes, you need to talk with your doctor, because in the presence of pregnancy complications, some types of activity may be contraindicated.

How to treat constipation during pregnancy can only be recommended by a doctor. Self-medication with a laxative effect is dangerous, especially in the later stages and can trigger a miscarriage.

Preparations Besacodyl, Cafeol and others cause frequent and loose stools. The least dangerous drug is Microlax enemas. The frequency of use will be recommended by the doctor based on the gestational age, regularity of constipation and the state of health of the woman. The drug Fitomucil is approved for use at any time, it softens hard stool, facilitates bowel movements and is not addictive.

Treatment of constipation in pregnant women with folk remedies should also be carried out with caution. Herbs that are safe at other times can be dangerous for a woman in position.

Plants with a mild laxative effect:

Treatment with folk remedies during pregnancy with the help of these plants can be carried out by making tinctures from them and taking them in the form of tea. They give a mild laxative effect, reduce pain and soothe.

The effect of constipation on childbirth

As already mentioned, frequent and painful constipation during pregnancy can adversely affect the health of the mother and fetus. Complications in the form of genital infections resulting from intestinal dysfunction can have a special effect.

Ordinary thrush can be a problem for a child walking through the birth canal. The fungus can affect the eye sockets, get into the umbilical wound and on the mucous membranes. Any infection against constipation must be identified and cured in a timely manner.

What to do with constipation during pregnancy and how to prevent them? Seek medical advice first. If pregnancy is not complicated by other pathologies, you can use simple recommendations. It is useful to visit sections for pregnant women, where they will feel better, have an emotional mood and intestinal motility – this is yoga, swimming, fitness, an experienced trainer will tell you how to do it right and what to do. 32 weeks of gestation is an ideal time to enroll in such courses, before giving birth.

With timely access to a doctor and examination, the prognosis for the treatment of constipation will be positive, and their negative effect on pregnancy will significantly decrease. Particularly attentive to their health should be women suffering from chronic diseases, hormonal disorders and intestinal problems.

Constipation at 39–40 weeks of gestation is especially dangerous, due to the risk of premature birth (if a woman is very hard during a bowel movement or drinks a laxative without medical supervision). Any condition that causes discomfort, abdominal pain and nausea should not be ignored.

A woman during pregnancy is responsible not only for herself, but also for the unborn child. Pathological conditions and health problems should always be under the attention of a doctor, in order to avoid dangerous complications, and constipation is no exception. 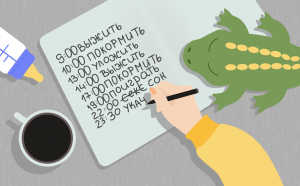 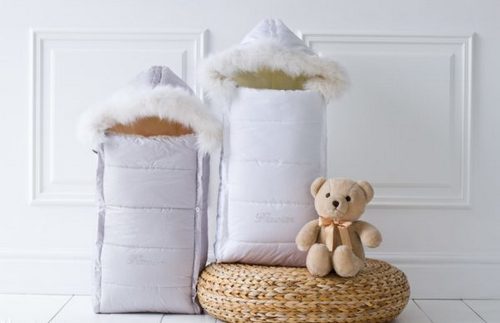 Envelope for newborns: how to choose 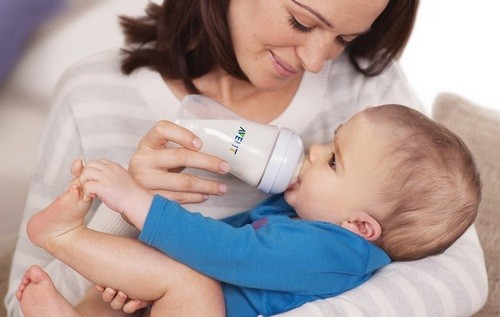