Ted Baker, chief inspector of hospitals, urged NHS England to intervene over the “worsening picture” at Shrewsbury and Telford Hospital Trust, which is already facing a criminal investigation.

A hospital trust at the centre of Britain’s largest ever maternity scandal has widespread failings across departments and is getting worse, the care regulator has warned as it calls for NHS bosses to take urgent action.

There are as many as 1,500 cases being examined after mothers and babies died and were left with serious disabilities due to poor care going back decades in the trust’s maternity units.

Now, in a leaked letter seen by The Independent, Prof Baker has warned national health chiefs that issues are still present today across wards at the trust – with inspectors uncovering poor care in recent visits that led to “continued and unnecessary harm” for patients.

He raised the prospect that the Care Quality Commission (CQC) could recommend the trust be placed into special administration for safety reasons, which has only been done once in the history of the NHS – at the former Mid Staffordshire NHS Trust, where a public inquiry found hundreds of patients suffered avoidable harm and neglect because of widespread poor care.

In a rarely seen intervention, Prof Baker’s letter to NHS England’s chief operating officer, Amanda Pritchard, warned there were “ongoing and escalating concerns regarding patient safety” and that poor care was becoming “normalised” at the trust, which serves half a million people with its two hospitals – the Royal Shrewsbury and Telford’s Princess Royal.

He said the trust “currently has more civil enforcement actions imposed on their registration and more potential criminal cases being investigated, than any other NHS trust in England”, adding that inspectors had “consistently identified institutional failings”.

Prof Baker wrote: “There is a lack of professional accountability and professional curiosity amongst staff to recognise, challenge and address poor care,” adding that senior nurses “do not highlight or challenge poor practice” and were “at a loss as to how to address” some safety issues. Some staff were unaware the trust’s chief nurse had changed, he said.

He said he had no confidence in the leadership of the trust to turn the situation around and demanded an urgent meeting with NHS England.

“This failure to improve demands further action and, as the independent regulator, our only remaining option is to consider recommending trust special administration. This is not an option that is without risk and considering this situation, I feel it is imperative we meet to discuss any alternative action that can be taken.”

The Independent understands a meeting took place on 9 July and could see NHS staff from across the country drafted in to drastically improve the trust’s services.

Prof Baker said: “We remain concerned about the length of time patients are being provided inadequate care, with continued and current unnecessary harm being identified. The pace and scale of improvement demonstrated is not sufficient, and we do not have confidence in the current executive team’s collective capacity and overall capability to address these concerns at sufficient pace.

“Given that our enforcement to date has not driven the necessary interventions and improvements, I need to consider the most appropriate way forward to prevent further failings and omissions of care.”

The CQC first rated the trust inadequate in 2018 and it remains in “special measures” despite promises it would get support to improve.

In November The Independent revealed that the independent inquiry into maternity services at the trust by then-health secretary Jeremy Hunt had identified deaths of dozens of babies and three mothers. Malpractice continued unchecked over a period of 40 years, as doctors, midwives and hospital bosses failed to take action, according to the leaked review led by midwife Donna Ockenden. The inquiry has now been expanded to consider 1,500 cases.

On the latest warning, Rhiannon Davies, who with her husband Richard Stanton, helped expose the scale of the problems at the trust following the avoidable death of their daughter Kate in 2009, said: “This underlines what we’ve been worried about for more than 10 years. The trust’s culture and failure to learn has not only harmed mothers and babies but has spread to other parts of the hospital and is harming patients even today.

“This situation cannot be allowed to carry on indefinitely. The NHS has to act to change the way things are done at the trust so patients and families can have confidence in the care they will receive. Enough is enough, any future harm is the fault of the wider NHS for failing to act now.”

The CQC told The Independent it would be publishing the report from its latest inspection of medical care at the trust “in the coming weeks” and added it was in ongoing discussions with NHS England and closely monitoring the hospital.

A spokesperson for NHS England said: “NHS England put in place a number of supportive measures including more senior nursing expertise, better training and development and improved freedom to speak up procedures for staff who wish to raise concerns and working closely with the CQC will continue to monitor progress made by Shrewsbury and Telford Hospital Trust so that they can provide safer and improved care for patients and families.”

Maggie Bayley, interim chief nurse at Shrewsbury and Telford Hospital Trust, said: “The trust continues to work with NHS England regarding the support that the trust needs to continue its improvement journey.”

The trust said it had introduced a new focus on some of the issues raised by the CQC with matron reviews as well as new nursing documentation and expanding its patient safety team. 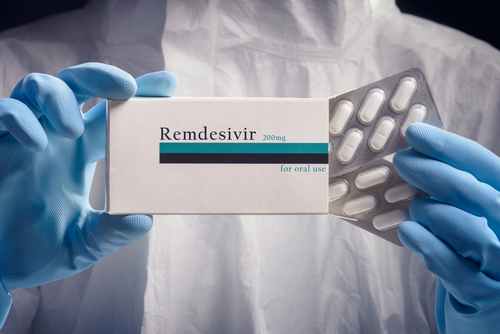 What the remdesivir report means for treating coronavirus