Social advertising encourages women to have three or even more children. But it’s no secret that many married couples fail to acquire one and without the intervention of doctors. The candidate of medical sciences, a member of the RARC Council, the head of the IVF department of the Avicenna medical center Irina Aizikovich answered questions about the problem of infertility.

How relevant is the problem of infertility in Novosibirsk?

According to statistics, approximately 25-30% of the reproductive population suffers from infertility, that is, every fourth person, male or female, has problems with conception. The average age of women treated in our clinic is 31 years. There are, of course, patients and younger, but, curiously, every year the number of complaints about infertility of women of the older age group, that is, those over 40. There is a European tendency in Novosibirsk – mature women want to give birth to children.

What are the main causes of infertility?

In the first place – transferred venereal diseases, adnexitis – inflammation of the ovaries, peredneksit – inflammation in the ovaries and tubes. Most often because of them, irreversible adhesions occur and, as a consequence, infertility. It must be remembered that even cured infections do not pass without a trace. Lucky that woman who suffered acute inflammation or venereal disease, and this did not affect her reproductive health. The second cause of infertility is abortion. How to protect yourself from all these troubles, I do not need to explain, I think, this is a simple respect for oneself and an awareness of family values.

Also the cause of infertility can be endocrine diseases: pituitary diseases, endometriosis, menstrual cycle disorders. Most often they are inherited. So women need to be attentive to their daughters – if the mother has a cycle, mastopathy, fibroid, then the daughter of all this is likely to arise, too. Therefore, it is necessary to prevent diseases from childhood. 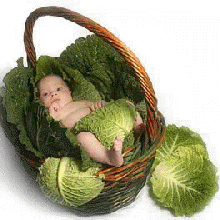 By the way, infertility is distributed equally between men and women. Any inflammation or infection affects a couple, besides a woman will get to a gynecologist for sure, and a man to an andrologist or a urologist is not necessary. A woman always remembers about future children and tries to prevent a risk. A man about a possible infertility remembers rarely. So the view that only a woman is guilty of childlessness is at least not wealthy.

How is infertility treated?

There is such a thing – the algorithm of infertility treatment. It is approved by WHO (World Health Organization) and operates worldwide. The first stage is a survey. Its main indicators: spermogram, patency of the fallopian tubes, hormonal status, infectious screening. After the survey, a further action plan is developed. If mechanical obstruction of the fallopian tubes is detected, a laparoscopic operation is performed to restore the patency. The effectiveness of this operation is high, after the pregnancy occurs in 50% of patients. In parallel with the surgical treatment can be medication. And if both stages of treatment during the year did not work, only ECO (in vitro fertilization) is able to help get pregnant.
But, unfortunately, in our country the algorithm is adhered to rarely. Most often, we are faced with the fact that a woman is treated and operated repeatedly for 10-15 years, after which, without waiting for pregnancy, she comes to IVF. The result after such a tightening is obviously low, and in most cases it is necessary to resort to donor cells. But doctors need to know that to conduct a laparoscopic operation a second time does not make sense – the effect can be achieved only after the first.

Tell us about conducting IVF.

This method was developed by scientists specifically for women with mechanical infertility, when conception is inhibited by the adhesive process in the fallopian tubes. Doctors learned to receive an ovum and connect it with a sperm outside the female body (that is, extracorporeally) in a special environment. And only after the embryo is received, it is returned to the organism of the future mother. The scheme of action is as follows: examination, stimulation of superovulation within 10 days, puncture under anesthesia, during which all mature follicles are punctured through the vaginal sensor. Then in vitro fertilization is performed, and embryos exist outside the body for 3-4 days. The last stage of the procedure is the transfer of embryos by special catheters into the uterine cavity. Then follows the luteal phase, that is, hormone therapy that supports pregnancy. If pregnancy occurs,

What is the probability of getting pregnant with IVF?

In the world it is considered a good result – 30%. In 2005, the incidence of pregnancy was 48%, in 2006 37%. If it was not possible to fix the embryo during the first attempt, then the third result is usually achieved for certain. Although the number of attempts to IVF is not limited.

How much does infertility treatment cost?

You can take the tests in your local polyclinic. At us all inspection will manage in 15-20 thousand rubles. The same costs a laparoscopic operation. One attempt of IVF is 100 thousand rubles. It is clear that not all families have such money, so we are also considering the credit system.

That is, it is possible to solve the problem with conception only for money?

Compulsory medical insurance includes treatment of most gynecological problems: myomas, inflammations, erosions, but as soon as infertility appears in the diagnosis, state medicine goes to the side, and the woman should continue to be treated for cash. Not to mention the procedure of IVF, the cost of which is 100 thousand rubles – completely falls on the shoulders of women. This is against the background of the fact that in civilized countries up to seven attempts ECOs are subsidized by state organizations. Although now our president announced the construction of modern perinatal centers. Let’s see what this will lead to.

Young women are turning their backs on the Pill

Hospitals have been told to free up beds for winter surge