Each one of her complaints was dismissed as ‘in her head’, and she was referred again and again to psychiatrists to deal with her supposed depression. Even her friends and some family members agreed, saying she was overreacting. It reached a point, Mikayla says, where she started to believe that she was making it up.

Having spent her childhood climbing trees and hiking in the wilderness, Mikayla Vacher was stumped by the exhaustion that hit her at 13 years old.

The adventurous little Rhode Island girl lost her energy for everything. She felt achy, tired, hopeless, with severe migraines and rashes.

But when her mother took her to various primary care doctors to check out her symptoms, they almost laughed at her melodrama.

However, as she was pumped with anxiety medication, every therapist she was sent to was baffled: ‘You don’t have depression,’ they said.

That gave Mikayla the impetus to trust her instincts and keep fighting for an answer, in an ordeal that took five years.

Eventually, at 18 years old, she reconnected with her childhood neurologist, who delivered a diagnosis within weeks: she had contracted Lyme disease from a tick bite, likely from those years camping as a child.

Mikayla Vacher, now 23, was told she had depression when she was 13 years old. it turned out her aches, tiredness, hopelessness, severe migraines and rashes were from Lyme disease

Now, Mikayla has a PICC line (a catheter) permanently fixed in her arm so she can self-administer IV fluid every day

Getting diagnosed was a five-year ordeal through psychiatrists and neurologists

‘I couldn’t believe it. I had heard of Lyme disease before but I had no idea the severity of it, and how bad it can be if you go untreated for years like I did,’ Mikayla, now 23, told Daily Mail Online.

‘I always knew something was wrong, that it wasn’t depression, but when so many medical professionals tell you something is in your head, it’s hard not to believe it.

‘The thing with Lyme disease is it’s invisible: you look fine on the outside, but inside you’re dying.

‘I always tried to advocate for myself and really make sure that my voice was heard but it was hard, as a child. In the end I just had to remember that I know my body best and to trust myself.’

The years-long misdiagnosis led to a painful transition for Mikayla.

Coming off the multitude of anxiety medications she had been prescribed was complicated, and the withdrawal symptoms were severe.

Coupled with that, her Lyme disease had become incredibly aggravated.

The disease, transmitted through tick bites, is difficult to treat even when it’s spotted early, but going undiagnosed can be lethal.

If left untreated the disease, caused by a tick bite, can lead to total loss of motor and sensory function – a form of paralysis – as the disease would have spread throughout the entire body.

Her belated diagnosis may have put an end to her quest for answers, but it was only the start of her new lifestyle and acceptance.

‘At first I was so relieved to finally have answers and to be able to show all of those who didn’t believe that I was sick, that I was right’ Mikayla said.

‘I’m a very strong person, but when you have so many people, many you thought loved you, ignoring you and putting you down of course you start to believe it.

‘You lose yourself and any self-esteem you may have had. It’s abuse, point blank, and it’s wrong.’

Since her diagnosis, Mikayla’s world has altered entirely from what she once knew.

Coming off the multitude of anxiety medications she had been prescribed was complicated, and the withdrawal symptoms were severe. Coupled with that, Mikayla’s Lyme disease had become incredibly aggravated

If left untreated the disease, caused by a tick bite, can lead to total loss of motor and sensory function – a form of paralysis – as the disease would have spread throughout the entire body

Her chronic disability has limited her physically. She can no longer play hockey or keep up with her friends due to the treatments she has to endure.

Emotionally, it has also taken a toll. The confusion over whether she was ‘making it up’ or not put strain on all of her relationships, including with her father who she now barely sees.

And switching from anxiety treatment to Lyme disease treatment threw her into yet more emotional turmoil.

The drugs most children are prescribed for mental healthcare are incredibly addictive, and coming off them can trigger suicidal thoughts.

‘That was so challenging, coming off medication. It brought on all these symptoms and side effects,’ Mikayla said.

‘They warned me it was going to be hard, and I was scared. I just found that I had to constantly keep myself distracted.

‘There were a lot of emotional ups and downs, which put strain on those who were supporting me. But we made it through!’

Now, Mikayla has a PICC line (a catheter) permanently fixed in her arm so she can self-administer IV fluid every day.

It helps, she says, but not enough.

Her dreams of becoming a nurse have been dashed by her agonizing symptoms, forcing her to drop out three semesters early from nursing college.

‘With receiving my diagnosis came a huge amount of grief and loss. The loss of friends, family, school, sports, dreams, which were all a big part of me,’ she said.

‘I always knew I was meant to be a mom but also I wanted to make it through nursing school and find my fairy-tale life like anyone else – but I’m now about to be 24 and none of that is close to reality.

‘I needed to mourn the loss of my very high expectations but I’m thankful for the life Lyme disease has brought me and for the struggles because I have been able to rediscover myself.

For now, Mikayla’s dreams of becoming a nurse have been dashed by her agonizing symptoms, forcing her to drop out three semesters early from nursing college

‘I had to go through a lot of self-recognition and accept this new life I was about to lead.’

As she tries to re-build her strength, Mikayla has been forced to drop her work a go onto disability allowance.

Speaking to Daily Mail Online, she said the move was devastating, and she still hopes to finish off her nursing education so she can work in pediatrics as she always wanted.

Now that she’s been forced to take so much time off her studies, she now also wants to explore working in patient advocacy, to help others work around their illnesses to have the life they want.

‘Lyme disease has changed the person I am today. I never take a second for granted and I’ve learned to slow down and really enjoy all of life’s little moments.

‘I knew I would never let my illness control my life, but I did have to understand that there were always going to be set backs with having a chronic illness.

‘I wish people would recognize how far a little act of support and kindness really goes. I’d like to say I am strong enough to deal with this all on my own but that would be a lie – I need the support of others.

‘Be kind because you never know what someone is hiding behind his or her smile.

‘No one should have to go through an illness alone and I was one of those people at times. I want to be that person for someone else going through that rough patch.’

For now, Mikayla is trying to channel her efforts into inspiring other sufferers or people searching for a diagnosis on her Instagram page.

She urges her thousands of followers to remain as strong as she was forced to be when doctors refused to listen to her.

‘I was given this crazy life for a reason and Lyme disease has given me a purpose to spread awareness and make a difference,’ she says.

‘Always advocate for yourself and make sure your voice is heard. Only you know your body, your needs, and what’s best for you.

‘Listen to your gut and be confident in yourself and your choices.’

She added: ‘Falling ill taught me that life isn’t about your accomplishments or failures; it’s about living. I’m thankful for my illness because it’s taught me to live my life and take everything as it comes.’ 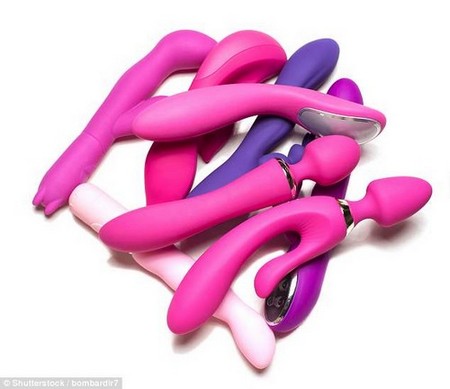 Hospitals have been told to free up beds for winter surge