The fact that people of color are disproportionately targeted by shooting is nothing new. But now, a new study has shown just how many more years of life people of color lose, compared to white people, as a result of police violence.

While more than half the of the people who died were white, more than half of the total years of life lost were among people of color and young adults from 25 to 34 years old.

Based on how young people were when they died and their life expectancies at the time, researchers estimated that combined, these fatalities added up to more than 100,000 years of life lost.

A protester holds her hands up in front of a police car in Ferguson, Missouri, in 2014 after the fatal shooting of a 18-year-old black teenager Michael Brown. It was one of many protests in the Black Lives Matter movement as agencies started to count how many more youths of color were being shot than white people

‘These deaths are occurring largely among young people whose life expectancies were long and therefore contributed heavily to the years of life lost,’ said lead study author Anthony Bui of the David Geffen School of Medicine at the University of California, Los Angeles.

‘In particular, those dying at younger ages tend to be people of color,’ Bui said.

For the study, researchers analyzed data from The Counted, a website by The Guardian that tracks police shootings using news reports and other sources, to estimate the number of years of life lost by people who died in these encounters in 2015 and 2016.

People of color made up about 39 percent of the population during the study period, but accounted for 52 percent of the years of life lost, researchers report in the Journal of Epidemiology and Community Health.

Compared with white people, the number of years of life lost was greater among American Indian and Alaskan Natives, blacks and Hispanics, but lower among Asians and Pacific Islanders.

Part of the reason for this disparity is that white people who died in shootings tended to be older. Half of the white people killed by police were at least 38 years old, compared with 30 years old for black shooting victims and 31 years old for Hispanic victims.

The study wasn’t a controlled experiment designed to prove whether or how race or ethnicity influences the chance of dying in a police shooting or the number of lost years of life resulting from these fatalities.

Another limitation of the study is that it only examined fatal shootings, so it doesn’t capture what may be happening in nonfatal encounters that might result in significant disability or medical problems.

‘The age and racial disparities likely reflect disparities in socioeconomic status and poverty levels,’ said Ziming Xuan, a researcher at Boston University School of Public Health who wasn’t involved in the study.

‘Poverty not only puts individuals at greater risk of physical and mental health problems, but also limits access to emergency or intensive care in order to recover from life-threatening injuries,’ Xuan said.

Police might be more likely to respond to people of color with deadly force because they perceive situations with these individuals as more life-threatening or think these people may be more likely to behave aggressively or carry a weapon than white people.

Younger adults and people of color may also lose more years of life to police violence because they have a higher risk of being victims and perpetrators of violent crimes, said Alex Piquero, a researcher at the University of Texas at Dallas who wasn’t involved in the study.

‘And, because crime, especially interpersonal violence, tends to be over-represented in disadvantaged communities in urban cities, it is likely that police are more likely to patrol those areas,’ Piquero said.

‘When these realities are combined with the fact that minorities are over-represented in residing in those communities, it sets the stage for the disproportionality that emerges from the study’s findings.’

Gay people are more likely to have trouble sleeping 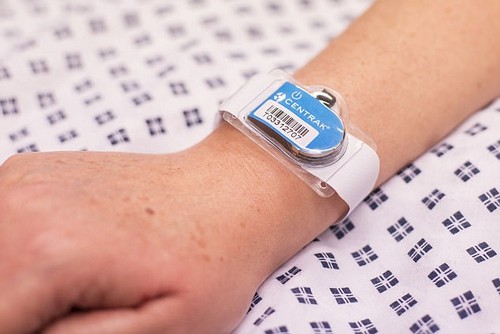