Migraine headaches are separate bouts of headache between which a person is completely healthy, nothing bothers him. The first migraine attacks usually occur at a young age, for example, in the puberty period in girls or at the age of 20. The peak falls on 30-40 years. With age, the number of patients with migraine decreases. There is a migraine with an aura. An aura is when short-term neurological disorders occur before the onset of a headache. For example, a person has a bright spot in front of his eyes, which disappears in half an hour or an hour and an attack of headache begins. Aura can also manifest itself in the form of numbness of the hand, forearm, face, tongue. There is still a phenomenon called “Alice in Wonderland” – a migraine aura, most often occurs in children. During the “Alice” people think that parts of the body, the size of the room are changing. Migraines have several symptoms: a one-sided headache, of a pulsating nature, of medium or high intensity. During an attack, a headache significantly limits physical activity – with any load, the pain can intensify. Migraine is necessarily accompanied by nausea or vomiting and discomfort from light or sound. Moreover, it is not necessary that all these symptoms appear simultaneously in a person.

Why does migraine occur?

What happens with migraine? In migraine, for reasons not yet fully understood, the trigeminal nucleus itself becomes excessively active and sends pain impulses to the cerebral cortex, which actually do not exist. It may seem to a person that a nail is driven into his eye. But physically this, of course, does not happen, this nail is not there, but there is a sensation. Recent studies say the hypothalamus is considered a migraine generator. The nucleus of the trigeminal nerve is active during pain, and before the migraine attack, when it is just beginning, the hypothalamus zone is activated. This is confirmed by clinical observations: sometimes the patient before the onset of migraine – for several hours or even days – may have a disturbed concentration, he can often yawn, want sweets. This is all that is in the area of ​​competence of the hypothalamus.

There are several theories for the occurrence of migraine. They have not yet been fully studied, but it is obvious that there is a genetic predisposition. Doctors see that in 60-80% of cases this goes from mother to child and beyond. In this case, one single gene of ordinary migraine does not exist. But apparently, there is a certain genetic set that determines that the trigeminal nucleus will be more sensitive to some provocateurs than people without migraines.

Migraine provocateurs are migraine triggers, single attack triggers. They are well known: emotional stress, alcohol, the beginning of the menstrual cycle (plus or minus two days from the beginning of the cycle), hunger, sleep disturbance, food (there is an assumption that cheeses or citrus fruits can cause migraines, but, frankly, this is rare ) Sometimes the patient does not have any triggers, but most often they can be determined.

Migraine cannot be cured. But it can be well controlled. One of the control methods is the relief of seizures. For this, simple painkillers are used, for example, ibuprofen, aspirin, paracetamol, all in adequate doses. There are special drugs for stopping a migraine attack, they are called triptans. They appeared in the early 90s. There is also the drug ergotamine – it has long been used to stop attacks, this year it will be one hundred years old.

When a migraine occurs 10-15 or more times a month, there is a risk that stopping each attack, the patient may earn a drug-induced headache, or abusal pain. These are such headaches that arise as a result of excessive intake of painkillers. To prevent this, doctors prescribe a preventive treatment of migraine to the patient. In preventive treatment, the effectiveness of certain antidepressants, antiepileptic drugs, and drugs that lower blood pressure have been proven. It is clear that the mechanism of action of these drugs is in no way connected with their direct purpose. The essence of prevention is that the doctor prescribes the drug for about six months (the period can change to a smaller or greater side) in order to make seizures more rare, to turn migraine from frequent to rare. Moreover, the patient will be able to effectively stop this rare migraine with drugs within two hours.

An electrical impulse propagates through the fibers of the trigeminal nerve. Around the small vessels of the lining of the brain from the end of the trigeminal nerve, chemicals are released, the key of which is the calcitonin gene, a related peptide (CGRP). CGRP is an important contributor to the development of a migraine attack. For the past 30 years, scientists have actively studied it and realized that this is the protein that determines the transmission of pain information, it is located inside the trigeminal nerve. Then they came up with special substances that can block this protein.

They are called monoclonal antibodies to the CGRP protein or to the CGRP receptor. Using these substances, you can stop the action of CGRP: either it blocks itself, or the receptors it acts on. Scientists have already completed all clinical trials. Four different companies have developed four molecules; they were submitted for registration. This will be the first specific tool (it is presented as subcutaneous or intravenous injection) for the prevention of migraine.

There is also non-drug therapy for migraine – the doctor teaches the patient to avoid provocateurs. Lead a healthy lifestyle, eat right, engage in physical activity, maintain a healthy sleep. Yes, commonplace, but with migraines it all really works.

Governments in different countries are interested in developing an effective anti-migraine remedy. Migraine is a disease that significantly disadapts the patient and causes a tremendous negative socio-economic effect. In Europe, it was estimated that the economy loses 111 billion a year from just one migraine. She loses not from the cost of consultations, drugs, research, but from a decrease in productivity or even the absence of a person at work. 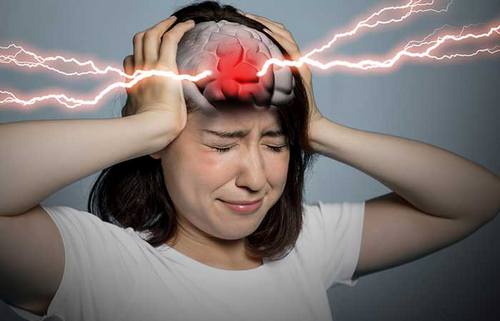 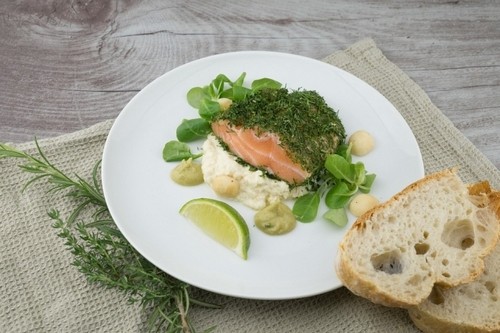 Products that prolong the feeling of fullness