Fludarabine, cyclophosphamide, and rituximab (FCR) has represented a significant treatment advancement in chronic lymphocytic leukemia (CLL). In the new scenario of targeted agents, there is an increasing interest in identifying patients who gain the maximum benefit from FCR.

In this observational multicenter retrospective analysis of 404 CLL patients receiving frontline FCR, the combination of three biomarkers that are widely tested before treatment (IGHV mutation status, 11q deletion and 17p deletion; available in 80% of the study cohort) allowed to identify a very low-risk category of patients carrying mutated IGHV genes but neither 11q or 17p deletion that accounted for 28% of all cases. The majority of very low-risk patients (71%) remained free of progression after treatment and their hazard of relapse decreased after 4 years from FCR. The life expectancy of very low-risk patients (91% at 5 years) was superimposable to that observed in the matched normal general population, indicating that neither the disease nor complications of its treatment affected survival in this favorable CLL group. These findings need a prospective validation and may be helpful for the design of clinical trials aimed at comparing FCR to new targeted treatments of CLL, and, possibly, for optimized disease management.

Fludarabine, cyclophosphamide, and rituximab (FCR) is the most effective chemoimmunotherapy regimen for the management of chronic lymphocytic leukemia (CLL), and represents the current standard for untreated patients who are young and in good physical condition.1-3 Though the majority of CLL patients receiving FCR as frontline therapy are destined to relapse, a subgroup of cases may experience a durable first remission.4-8 In the new scenario of targeted agents for CLL,9-14 affordable treatment strategies should be patient-risk oriented, as well as cost-effective and resource-saving.15-17 On this basis, there is an increasing interest in identifying a priori patients who may maximally benefit from FCR.

In this observational retrospective study based on a large data set of FCR-treated CLL, we show that the combination of three biomarkers of common use, that is, immunoglobulin heavy variable (IGHV) gene mutation status and fluorescence in situ hybridization abnormalities at chromosomes 11q and 17p, allows segregation of a subgroup of patients who may achieve durable remissions after first-line FCR and experience an expected survival similar to that of the general population.

The study was designed as a retrospective observational analysis, and collected 404 progressive and previously untreated CLL patients who consecutively received standard FCR as first-line therapy in 19 hematologic centers between 2001 and 2010. The database was locked in June 2014 (for further details, see the supplemental Appendix, available on the Blood Web site). The Reporting Recommendations for Tumor Marker Prognostic Studies criteria were followed throughout this study.18 Patients provided informed consent in accordance with local Institutional Review Board requirements and the Declaration of Helsinki. The study was approved by the Ethical Committee of the Ospedale Maggiore della Carità di Novara associated with the Amedeo Avogadro University of Eastern Piedmont (protocol code 59/CE; study number CE 8/11).

Progression-free survival (PFS) was the primary end point and was measured from start date of treatment to date of progression according to International Workshop on CLL-National Cancer Institute (NCI) guidelines (event), death (event), or last follow-up (censoring).19 Overall survival (OS) was measured from date of initial presentation to date of death from any cause (event) or last follow-up (censoring).19 Response assessment was according to NCI or International Workshop on CLL-NCI guidelines.19,20 Survival analysis was performed by Kaplan–Meier method and compared between strata using the Log-rank test.

The adjusted association between exposure variables and PFS was estimated by Cox regression. The hierarchical order of relevance in predicting PFS of covariates was estimated by recursive partitioning (rpart function of R). Relative survival, defined as the ratio between actuarial survival observed in the CLL cohort and expected survival of the general Italian population matched to CLL patients by sex, age, and calendar year of FCR start, was calculated using the Ederer II method. Expected survival estimates were calculated utilizing Italian life tables (Human Mortality Database; http://www.mortality.org/, accessed June 18, 2014). All statistical tests were two-sided. Statistical significance was defined as P value <.05. The analysis was performed with the Statistical Package for the Social Sciences software, v.22.0 (Chicago, IL) and with R statistical package 3.1.2 (http://www.r-project.org) (further details are in the supplemental Appendix).

The characteristics of the study cohort (n = 404; 317 with complete molecular data) were consistent with those reported in CLL receiving FCR as first treatment (supplemental Table 1).1-3 After a median follow-up of 70 months, 194 patients have progressed and 72 have died, accounting for a median PFS of 54.8 months and for a 5-year OS of 81.2% (median: not reached) (supplemental Figure 1). By multivariate analysis (Table 1 and supplemental Table 2), unmutated IGHV genes (hazard ratio [HR]: 1.65; P =.0099), 11q deletion (HR: 1.67; P =.0096), and 17p deletion (HR: 3.72; P ≤.0001) maintained independent association with PFS (supplemental Figures 2-8), thus providing the rationale to use these molecular features in the development of a model to predict remission duration after FCR.

By recursive partitioning, a low-risk category was hierarchically classified that accounted for 28.4% of the study cohort and comprised patients harboring mutated IGHV genes but lacking both 11q deletion and 17p deletion (supplemental Table 3; supplemental Figures 7-9). The hazard of relapse in low-risk patients progressively decreased after 4 years from FCR (Figure 1; supplemental Figures 10 and 11), and most of them (71.6%) were projected to remain free of progression and treatment (Figure 1; supplemental Figure 12). Consistently, the life expectancy of low-risk patients was similar to that observed in the matched normal general population (5-year relative survival: 95.8%; P =.2770) (Figure 1), indicating that neither disease nor complications of treatment affected survival in this favorable CLL group.

Estimates of PFS, hazard of progression, OS, and prevalence of second tumors according to the model based on 17p deletion, 11q deletion, and IGHV mutation status. High-risk cases harboring 17p deletion independent of co-occurring 11q deletion or unmutated IGHV genes are color-coded in red. Intermediate-risk cases harboring unmutated IGHV genes and/or 11q deletion in the absence of 17p deletion are color-coded in yellow. Low-risk cases harboring mutated IGHV genes in the absence of 11q and 17p deletion are color-coded in blue. (A) PFS. (B) Estimate of the hazard of progression in relation to the time elapsed from FCR treatment start. (C) OS. The black line represents the expected OS in the age, sex, and calendar year of treatment-matched general population. P values according to Log-rank statistics. (D) Prevalence of second tumors among assessable cases of the three risk subgroups. Whiskers represent the 95% confidence interval (CI) of the proportion. P value according to Fisher’s exact test. na, not applicable; nr, not reached.

Although the study lacked a systematic assessment of minimal residual disease (MRD),21,22 a fraction (4/9) of low-risk patients alive and progression-free for 6 or more years from FCR (range, 6-9 years) was investigated by flow cytometry on peripheral blood for MRD (sensitivity 10−4) and tested negative in all cases (data not shown). This observation proved the persistence of a deep response among low-risk patients who are in persistent remission.

CLL is associated with an increased risk of developing second cancers23 and long-term toxicities, including second malignancies, represent a concern for FCR-treated patients.24 In our cohort, a small proportion of low-risk cases (3.9%) developed a second tumor (Figure 1). Though an extended follow-up might capture additional events, the rate of second primary tumors in low-risk cases was lower than that observed among the other risk subgroups of patients and did not translate into an excess mortality compared with the matched general population (Figure 1). This might be explained, at least in part, by the lower requirement of salvage treatments, and thus by the low overall load of chemotherapy received by low-risk patients.

The follow-up of our cohort does not equate that of the seminal FCR series,4-8 and the retrospective design of our study represents an inevitable limitation. Nevertheless, an external validation of our data are provided by the consistent description of patients in durable remission in clinical trials of FCR-treated CLL, and by the individual association between PFS and the status of 17p, 11q, or IGHV by multivariable analyses from prospective cohorts.2,5,6,25 The novel contribution of our study is the first demonstration that the combination of high-risk biomarkers widely tested prior to treatment allows the segregation of a subgroup of CLL patients projected to maintain a durable remission after FCR. This predictive model may be of help for therapeutic stratification of CLL.

In the era of personalized medicine, challenges of CLL treatment will involve correctly matching therapy to the unique risk profile of each individual patient. Our data support front-line FCR as a highly active option in physically fit patients with progressive CLL whose disease has a low-risk molecular profile. Novel agents, such as signaling kinase inhibitors, show promising activity in CLL but are associated with considerable costs and are not affordable in many health care systems if applied broadly across large numbers of patients.15-17 To responsibly and effectively advance the development of these new therapies, novel drugs should be targeted specifically to patient subgroups in which they can provide the greatest benefit compared with established chemoimmunotherapy. Given the highly favorable outcome of IGHV-mutated CLL lacking 17p and 11q deletion hereby reported following front-line FCR treatment, assessment of whether novel agents provide additional benefit in this biologic subgroup will require highly powered studies with a long follow-up, and should include quality of life and long-term toxicities among end points. 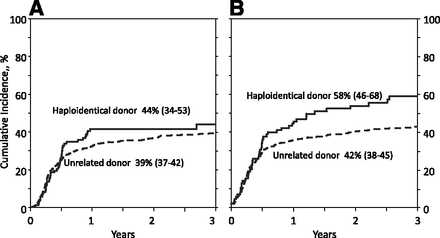