Even nowadays, impotence is a problem to deal with which is afraid of almost every representative of a strong half of mankind, and young men, and older people almost have the same attitude to this problem. For them, the inability to engage in normal (and the concept of the rule each person has his own) in a sexual relationship with the sexual partner becomes a real tragedy.

If you treat medical terminology more meticulously and carefully, it turns out that the meaning that patients are used to invest in the term “impotence”, and the so-called impotence doctors-andrologists and urologists, are slightly different. Doctors under the impotence understand the complete inability of men to perform a sexual act under any circumstances, which in practice is quite rare, and in all other cases talking about the problem of erectile dysfunction.

The term “erectile dysfunction” indicates the inability of the male to achieve or maintain normal erection of the penis in varying degrees of severity of this problem. If you experience erectile dysfunction (impotence) man still has the ability to commit a sexual act, but with very great difficulties and reservations.

Studies conducted by doctors in many countries in recent years has revealed that the problem of impotence can touch any men over the age of 40 years and noted a distinct tendency to “rejuvenation” of the disease. Problems erectile dysfunction are increasingly faced and men 25-35 years old, and in some cases, impotence can make life difficult and twenty representatives of a strong half of mankind.

The mechanism of erection.

Penile erection is achieved by blood filling the spongy and cavernous bodies of two anatomical entities which in their structure resemble a sponge. When sexual excitation in normal dramatically increases blood flow through the arteries of the penis and at the same time dramatically hindered by the outflow through the veins of the penis – cavity (cavity) inside the spongy and cavernous bodies fill with blood, resulting in and an erection occurs. To survive the initiation will be over how much time will be saved with blood bodies of the penis. Disrupting the normal inflow and increase of venous outflow problems with erection, which can cause different factors.

Research on the problem of impotence, have proved that sexual problems become the causes of this condition in a very small number of cases (not more than 20% of the total number of cases of this pathological condition). More often impotence in men develops on the background of diseases and pathological conditions that exist in the body of the patient with use of certain medicines, as a consequence of the injuries suffered by a man during his life.

Quite often there are psychological impotence, which can exist alone or be superimposed on the health problems that exist in the patient – constant stress and depression can cause what is impotence at a young age occurs more often. Unfortunately, young men very rarely seek help from doctors – today in pharmacies can buy many drugs to treat erectile dysfunction (remedies for impotence), and even a fairly high price of this group of drugs does not stop the representatives of the strong half of mankind. They think that access to a doctor, conduct examinations and establish the true causes of impotence will make them inferior member of society, and in fact the view that “a real man your problem must always resolve itself” in this situation is deeply flawed.

The most frequent causes of impotence:

Disorders in the endocrine system – insufficient production of male sex hormone testosterone causes hormonal imbalance, appearances which, in addition to erection problems, the changing Constitution (the deposition of fatty tissue on the female type, the cessation of growth of hair on body and face, change of voice), and psychological disorders. It must be remembered that hormonal causes are responsible for impotence are relatively rare, and eliminate this cause without carrying out a comprehensive survey men it is impossible;

assigned to treat diseases, arising due to hormonal imbalance – the most common causes of impotence are hiding in drugs acting on the endocrine system and indirectly affects the production of sex hormones. To eliminate this factor without consulting a doctor is impossible, but you should always remember that drugs that affect the secretion of sex hormones are assigned only in case of detection of really serious diseases (for treatment of prostate cancer, breast cancer in men);

the appointment of agents acting on the processes of excitation and inhibition in the cerebral cortex are any agents that increase the expression of inhibitory processes (including alcohol, psychotropic drugs, substances, narcotic influence) may cause impotence;

Diseases of the circulatory system – impotence may occur in lesions of the arteries, promocasa blood to the cavernous bodies of the penis, and the veins that regulate the outflow. The most common cause of impotence is a common atherosclerotic process affecting the abdominal aorta and the vessels, departing from it, or varicose veins, accompanied by a dysfunction of the veins of the body.

Diseases and injuries of the nervous system, including and surgery, transferred to nervous plexuses of the spinal cord, pelvis and related structures (osteochondrosis, radicular syndrome, spondylosis of the lumbosacral spine).

System processes in the body – diabetes, hypertension, diseases of the blood are capable in varying degrees of indirect influence on the occurrence of erection, and therefore become the cause of impotence in men.

Local diseases of the penis and sclerotic processes in the spongy tissue of the penis, make erections unproductive, and then completely impossible.

Psychogenic causes of impotence – in this group the reasons experts consider all the other problems that arise on the background of constant stress, physical stress, inability to build correct model of sexual behavior and to translate it into reality, the reluctance to use contraception and fear of pregnancy, fear of Contracting sexually transmitted diseases and AIDS.

Only after identifying the true causes of impotence may prescription necessary treatment, but methods of treatment should choose only a qualified urologist or andrologist.

In the Arsenal of modern medicine there are many methods of treatment of impotence, which are selected based on the patient’s age, the result of the complex examination, presence of concomitant diseases and even the wishes of men.

Impotence occurred at a young age, necessarily require psychological counseling and a full medical examination – in recent years, the most common causes responsible for the development of impotence, are not only psychological disorders but diseases of the body (tumors of the blood-forming organs, and blood clotting). We can not exclude the fact that the cause of impotence in relatively young age it becomes a way of life men, bad habits, addiction and substance abuse in this age category remain “leaders” among the causes. In this case, the treatment of impotence requires the rejection factor causing pathology, and other methods of modern medicine (drugs administered into the body of the penis or taken by mouth) is effective only for a very short time.

Psychological impotence requires mandatory consultation of the sexologist, who will be able to understand the possible causes of this condition and suggest the best way out of the situation – this consultation is designed to solve the problem is not so much the men, but couples (spouses or partners), and only in individual cases. No self-respecting sexologist without personal consultation the patient will not give any recommendations, he advises to seek individual advice.

Medications used as remedies for impotence, can be divided into several groups:

tonic and restorative agents that have a General revitalizing effect on the body men in their composition usually consists of extracts of ginseng, Siberian ginseng, Schizandra, aralia, extracts derived from materials of animal origin;

funds from impotence, regulating blood filling of the penis drugs, which include sildenafil (viagra and its analogues), Tadalafil (cialis) and other substances which are inhibitors of the enzyme PDE5. Their effects are attributed to a sharp increase in the blood circulation in the penis, with increased concentration of nitric oxide as a means of impotence help not always, so often used as a way of getting new sexual sensations;

drugs injected into the body of the penis or the urethra just before intercourse – their frequent use causes adverse side effects and worsening problems with erection.

Surgical treatment for impotence involves the operations of the penile prosthesis, interventions on the vessels of the penis, especially in combination with the use of a vacuum pump. 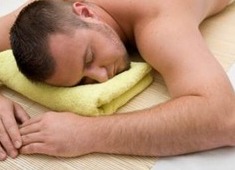 Prostate massage: technique and indications for massage of the prostate. 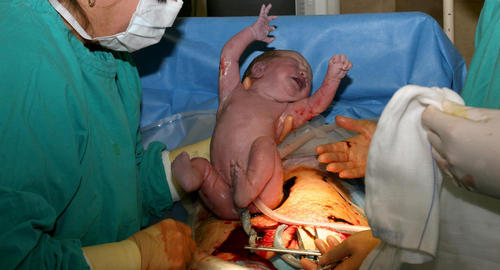 How long should mothers rest, for ideally after a Caesarean birth? 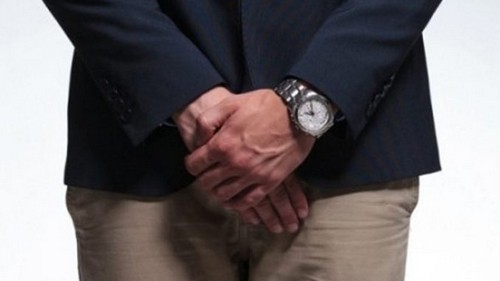 Why hurt the testes in men?