The herbal beverage helps to manage people’s blood-sugar levels through its effects on carbohydrate digestion, said associate professor Richard Blackburn, who is head of the Sustainable Materials Research Group at the University of Leeds.

Brits are known for reaching for a cup of tea to fix anything.

The phrase ‘tea and sympathy’ has even made it into the Macmillan dictionary as shorthand for providing support and kindness for someone who is upset or in trouble.

While the many benefits of black and green tea are well documented, from boosting metabolism to anti-ageing, herbal teas too, may also come with benefits.

They can help calm the nervous system to even assisting on energy levels, especially if they’re quality, well-sourced teas high in active ingredients.

Just this week a leading scientist claimed that camomile could even help manage diabetes.

Indeed, common parlance aside, most of us know instinctively that a cup of tea really can help, whether you’re feeling sad, stressed, in need of a lift, celebrating a triumph and everything in between.

Herbal teas have a variety of benefits: hibiscus can lower your blood pressure, while marigold can help to ease stomach cramps

‘All teas are healthy,’ says Louise Cheadle, a tea taster (yes that is a thing and what a dream job) for cult tea brand Teapigs.

‘Black, green, white and oolong teas contain tea flavonoids which research shows have an antioxidant effect on the body and all teas are hydrating so they help increase water levels in the body’.

It’s led the team at Healthista – being the total tea fanatics that we are – to celebrate National Tea Day on April 20th by asking the question: which tea-scription (tea prescription, get it?) can help which need?

What’s so great about green tea?

Scientific evidence of the benefits of green tea is not conclusive, but people drink it for a number of reasons and it is widely used in traditional Chinese medicine.

All teas are produced from the same type of plant, but the leaves are processed differently for different types.

The leaves are thought to contain more antioxidants than other types of tea.

It is thought that green tea makes you burn more calories thanks to its caffeine and catechins (antioxidants).

One study showed that green tea was as good as mouthwash at preventing tooth decay.

You’ve probably heard enough about the health benefits of green tea by now, from heart health to anti-agieng. But one of its key benefits is for increasing metabolism.

A study reported in the American Journal of Clinical Nutrition found that green tea-extract increases the metabolism by four per cent over a 24 hour period. Three to five cups a day can help you burn an extra 70 calories a day, which adds up to seven pounds a year, 35 pounds for five years and 70 pounds for 10 years.

‘For increased energy and to help support the nervous system, liquorice is a great tea’, says Hay. Animal studies have showed it helps with fat metabolism and, according to Hay, it’s great before a workout because it provides energy.

Try: Trim from Teapigs, £3.99, which contains a potent mix of green tea and liquorice along with organic guarana which helps with energy production, ficus and stimulates digestion.

Whether taken as a juice, supplement or tea, beetroot is fast becoming a favourite of athletes because of its ability to promote nitric acid production in the body – essential for energy.

A review of studies recently found beetroot could help with High Intensity Interval Training (HIIT) and previous research has found it helps stamina too.

‘Hibiscus can help lower blood pressure and is a great liver tonic too,’ says Hay. ‘Liver health is essential to energy production.’

In Egypt, hibiscus tea known as karkady is served both hot and cold over ice.

Try: Upbeet Energy tea, £3.99, from Teapigs which contains beetroot, hibiscus, ginger and green tea and tastes super fruity and aromatic with a sweet edge (it’s gorgeous on ice too).

Its reputation as a medicinal plant that makes you snooze is well known and the fresh chamomile plant has a distinct apple-ish smell and its reputed benefits include strengthening the immune system, aiding digestion, calming nerves and easing stomach pains.

‘Along with being a great support for the nervous system, chamomile is also believed to help period pain,’ says Hay.

Not just for curries, lemongrass makes a delicious citrus-tastic tea. Its herbal properties are centuries old and are commonly used in Indonesia and Malaysia by herbalists as a tonic to help combat depression and low mood.

‘Along with being great for mood, concentration and sleep, lemongrass is also a digestive tonic so great after eating,’ says Hay.

Herbal teas, including ginger, can help to calm your mood and detoxify the body

With thermogenic properties – meaning it helps heat the body – ginger can help digestion after eating and is sometimes used to calm an upset tummy.

Well known as a digestive tonic, dandelion helps stimulate the liver and gall bladder making it great for digestion and if you’ve been overdoing the fat or alcohol, says Hay.

‘The bitter qualities in dandelion are good for helping fluid retention so could help reduce bloating’.

‘This herb is a liver and digestive tonic that is also sometimes used for easing tummy cramps,’ says Rick Hay.

Try: Clean N Green Detox tea from Teapigs, £3.99. Possibly the best green tea we have ever tasted (and we have tasted a lot of green teas), it contains ginger, marigold, green tea and dandelion as well lemongrass which gives it a refreshing, sweet taste, without a hint of the bitterness that you often get from regular green tea.

If you’ve ever If travelled to South America and Argentina in particular, you’ll see Yerba mate being drunk by just about everyone.

It’s drunk there to help maintain a healthy weight and for its stimulating properties, but Yerba mate is also thought combat fatigue, control the appetite, reduce stress and boost immunity. Is there anything this Latin super-tea (pronounced Yerba mah-tey) is not purported to do?

Try: Yerba Mate from Teapigs, £3.99, which tastes kind of like a smoky flavoured green tea.

This humble spice has been shown in numerous studies to help balance the blood sugar and is even suggested to people with diabetes for that purpose.

Along with its irresistible sweet taste, that means cinnamon can not only help keep mood steady, it could also help reduce sugar cravings. We love a cinnamon flavoured tea when the need for a 4pm hit of caffeine, chocolate or both hits.

Quite the food of the moment, everyday seems to deliver a new health benefit of this bright yellow spice. Most recently, researchers found turmeric could help mood and memory and previous research have shown it has anti-inflammatory and antioxidant properties.

Try: Happy uplifting tea from Teapigs, £3.99, which contains cinnamon, turmeric as well as organic apple and lemon peel making the taste alone – fruity, spicy, citrusy – enough to put you in a better mood.

Back in the day, green tea was rather expensive and too pricey for your average Japanese peasant so to make it go further, they would mix it with grains of toasted rice.

Now, it’s celebrated as a green tea in its own right, with all the benefits of green tea but with the most unbelievably irresistible nutty flavour and scent that tastes like liquid popcorn in a mug.

Rooibos tea has been drunk by the bushmen of Africa for hundred of years and it’s thought to ease headaches, nervous tension and insomnia. It also contains pheylpyretic acid which is thought to help skin conditions such as eczema.

If you’re trying to give up caffeine and love the hot, sweet milky comfort of a Builder’s brew, Rooibos with your choice of milk (we love it with almond milk) is your favourite fantastic caffeine free replacement.

Try: Honeybush and Rooibos Tea from Teapigs, £3.99, which conatins honey bush, another South African wonderbush that has a slightly sweeter taste than regular rooibos and is super-high in viatmin C, calcium and magnesium and also totally caffeine free. 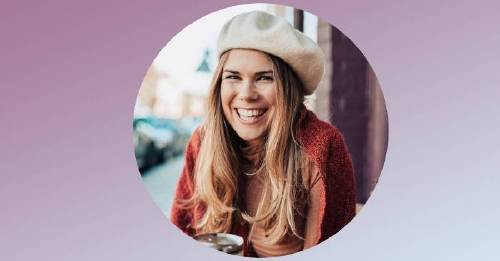 Here’s everything you need, to know about coping with IBS from, a nutritionist who learnt, to manage hers 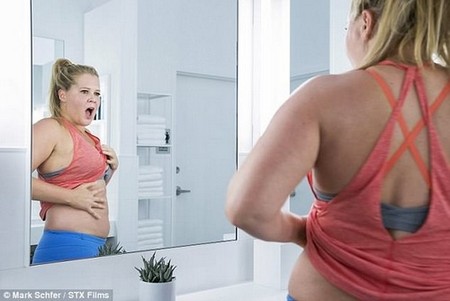 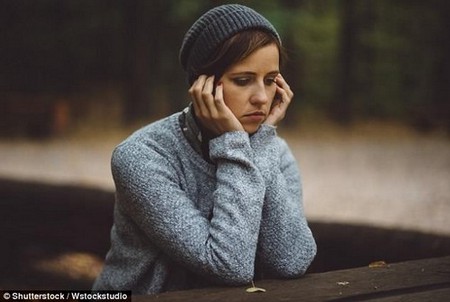 Scientists discover 44 depression genes and EVERYONE has some