Both drugs are especially active in the first symptoms of the disease. Both of them are applied to the affected areas 5 times a day for at least 5 days. The course of treatment in the acute course of the disease can be extended up to 10 days. Medicines are compatible with all herpes treatment regimens and are combined with other herpes drugs and are used to activate immunity. During pregnancy, with caution, you can use these drugs intended for local topical use.

There are differences in the structure of active substances. Acyclovir is a synthetic analogue of pyrimidine nucleoside, in comparison with Panavir, which is an active substance of natural plant origin. Forms of release of “Acyclovir” have a wide range. It is available in the form of an eye ointment, ointment and cream for external use, used on the mucous areas of the face and body, in the form of tablets for internal use, in the form of a lyophilisate for the preparation of a solution for injection. Tablets are used for adults and children over three years of age.

Panavir is not available in tablet form. Although this form is the most active, as it passes through the portal vein of the liver, it enters the direct bloodstream and acts on the virus systemically. “Acyclovir”, having the international nonproprietary name, acyclovir is produced by both domestic and foreign manufacturers. “Panavir” is a merit of the Russian manufacturer and the National Research Company. And appeared on the pharmaceutical market in 2008.

Almost every person at least once in a lifetime encounters the herpes virus. Having suffered from herpes at least once, the virus circulates in the circulatory system for life. With a decrease in immunity, it is activated and appears on the mucous membranes in the form of small vesicles, bringing discomfort. When using certain drugs, it is possible to suppress its effect, and when raising immunity, it “hibernates.”

Herpes can be activated during hypothermia, after suffering various diseases, especially in the treatment of which drugs that suppress the immune system are used, including the use of antibiotics. There are many drugs available on the pharmaceutical market to relieve cold sore symptoms. Consider two drugs for comparison. One is of a chemical structure, the other is of plant origin, and we will figure out which one works best.

One of the first active drugs on the market was Acyclovir. This drug is active against Herpes simplex type 1 and 2. When Acyclovir enters a virus-infected cell, it is catalyzed by enzymes to the active compound of acyclovir triphosphate. If the thymidine kinase enzyme is present in the cell affected by this virus, then acyclovir triphosphate inhibits the specific DNA polymerase of the virus. Thus, it prevents the further synthesis of the DNA of the virus. “Acyclovir” does not affect normal cellular processes.

Now we will consider a method of influencing the herpes virus with the herbal preparation Panavir. This preparation contains purified extract of Solanum tuberosum shoots (potato shoots). The active substance of this plant that fights the virus is a plant polysaccharide of a complex glycosidic structure. It has a virostatic effect. Glycoside inhibits the replication of the virus, that is, it inhibits the copying of the virus in the cell (its reproduction). 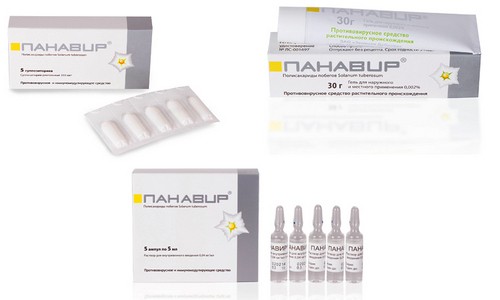 In clinical studies, it was revealed that glycoside lacks mutagenic, teratogenic and carcinogenic effects on human cells and the body as a whole. In preclinical studies conducted on animals, there was no negative effect on reproductive function and fetal development. This drug is active in relation to the herpes virus types 1 and 2, including genital herpes.

Which form is best used and for whom?

Ointment, cream and gel for external use can be used by everyone, regardless of age. The only exception is an allergic reaction that cannot be foreseen in advance. It is easy to eliminate it with antihistamines and refusal from further use of the drug. In ophthalmology with viral eye damage, only “Acyclovir” is applicable. The injection form is applicable only in hospitals and is done exclusively by medical personnel. It should be noted that without a prescription in a pharmacy you can buy only Acyclovir cream and ointment and Panavir gel for external use, they are relatively safe. All other forms of release of both drugs are available only by prescription.

In pricing, the run between the two drugs is quite large. Acyclovir, depending on the manufacturer, can be purchased for less than 100 rubles per package, while Panavir, for its naturalness and lack of analogues, requires much more financial costs.

The evidence base is large in both drugs. However, in joint therapy with immunomodulatory drugs, the effectiveness increases significantly. Acyclovir tablets are often prescribed for the treatment of varicella in patients over 6 years of age. When this drug is included in the complex of general treatment, the activity of smallpox virus is reduced, and the tolerance of the disease is facilitated. When choosing one or another drug, it’s enough to understand that they have the same effectiveness with the usual manifestation of herpes on the lip, and with a more severe course of the disease, the form of release and the complex of treatment can only be selected by a qualified specialist. 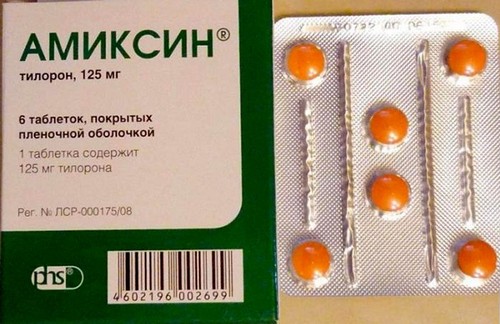 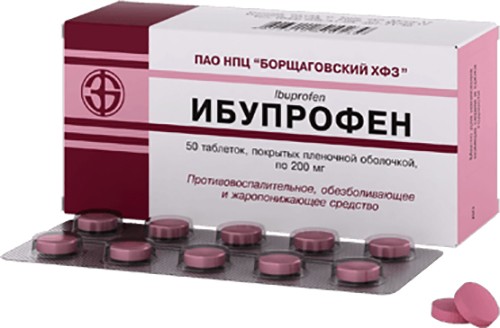 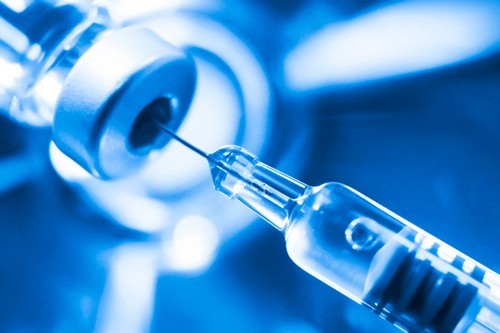 The drug from Duchenne muscular dystrophy patients are