Both drugs are completely identical. They have one active substance, the same amount in the composition. Naturally, the effect on the course of the disease is the same. Dosage, treatment, indications, contraindications and adverse reactions are similar.

Country of manufacture: Tiberal from Turkey, and Ornidazole from Ukraine. This affects purchases and selling prices at local pharmacies. Ornidazole is available in three forms, unlike Tiberal.

Both are suitable for women and men for infections of the genitourinary system caused by trichomoniasis. Effective for intestinal infections, the causative agents of which are amoeba. The drugs can be used by patients with liver abscess, dysentery of amoebiasis origin.

Applicable as a prophylactic after surgery in proctology, gynecology.

There are practically no contraindications, except for personal individual intolerance to one of the substances that make up the medicines.

Do not appoint in the first trimester of pregnancy, nursing and children who weigh less than 6 kilograms.

Each patient has the right to choose a medicine at his discretion, but the attending physician should appoint.

The simplest unicellular parasites cause infections that affect the liver, intestines, and reproductive organs. The symptoms that appear are similar to ordinary poisoning, so patients do not always seek help from specialists. This exacerbates the course of the disease.

And only antibacterial drugs can help in this case. Often used are antibiotics from the group of imidazole derivatives: Tiberal, Ornidazole. It is necessary to understand: what is common between them, and in which situation to give preference to each of them.

A synthetic antibacterial agent is produced in the form of tablets. Each of them is covered with a special enteric coating. The main part of the composition is ornidazole. Each unit contains 500 mg. 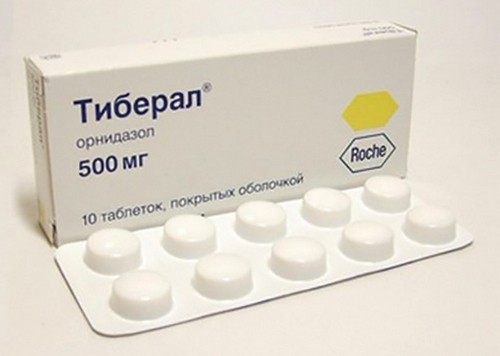 Each tablet has a cylindrical, biconvex shape. On one side, DEVA stamping is visible. The tablets are almost odorless and look white.

10 tablets are packaged in a blister. One box holds one blister.

The drug is classified as a drug used to combat amoebiasis and other protozoal infections.

The main substance of the composition carries out an antibacterial, antiprotozoal effect. Active against microorganisms, anaerobic bacteria, cocci.

The drug is rapidly and almost completely (90%) absorbed in the digestive tract. For 3 hours, it is detected in blood plasma in maximum concentration.

Ornidazole is distributed throughout the cerebrospinal fluid, other fluids, and tissues. Metabolism is carried out by the liver. Ornidazole metabolites are less active than the substance itself without change.

The use of the drug requires a special approach:

The use of tablets does not depend on food intake, but it is better to do this after a meal without chopping. Adult patients: 2 tablets per day. The course is 5 days. Both sexual partners are treated.

Leukaemia patients may be given new hope with treatment on NHS

Synthetic preparation available in the form of:

The drug is referred to as nitroimidazole derivatives. Used against protozoal infections.

The infusion fluid is administered only in difficult situations where the use of tablets or capsules is not possible. For example, with:

In mild forms of the course of the disease, tablets or capsules are prescribed.

It is forbidden to drink alcoholic beverages at the time of drug therapy. It is necessary to withstand 3 days after the end of treatment.

When combined with coumarin anticoagulants, it is necessary to review the dose of the latter, since Ornidazole enhances their therapeutic effect. 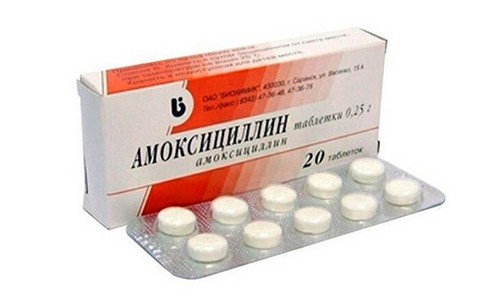 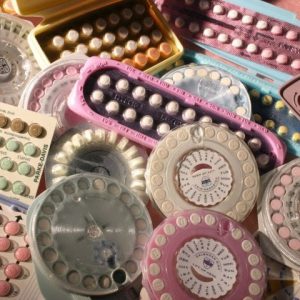 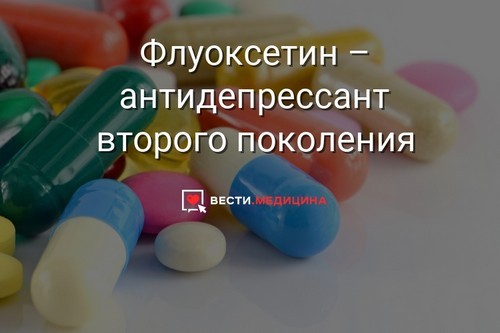 Fluoxetine is an antidepressant of the second generation