Paracetamol has a good antipyretic effect and is suitable for lowering the temperature in acute respiratory viral infections or influenza in both children and adults. Due to this, Paracetamol is part of many “cold powders.”

Analgin has a more pronounced analgesic effect. Therefore, it is suitable for pain of various kinds, as well as bruises and other injuries. Injection solution can be used in the postoperative period.

Also, these drugs can be used together. Reception may be relevant for inflammatory diseases accompanied by pain. A single use will not affect the patient’s condition and will not cause side effects. Side effects can develop only against the background of prolonged use of drugs.

The benefits of Paracetamol are:

Analgin also has a number of positive aspects:

Thus, it is impossible to say unequivocally which of the drugs is better, since they are slightly different in terms of the mechanism of action. However, both drugs effectively cope with pain. The specific drug and dosage should be prescribed by a doctor, especially for children. Incorrect use and excess dosage can lead to the development of side effects.

Analgesics are widely used for various diseases and pain syndromes of various nature. This group includes many drugs. Paracetamol and Analgin are no exception. These remedies are known to all people. Many believe that these two drugs are the same. However, they are completely different. Many are interested in the question, which of the drugs is better? To understand this, you need to study each of them in detail.

When ingested, paracetamol acts on the centers of thermoregulation and pain. The anti-inflammatory effect of this drug is negligible and can be neglected. Absorption is high. The maximum concentration is observed after 0.5-2 hours.

When breastfeeding, the drug passes into the mother’s breast milk, but in small quantities.

The elimination half-life is 1-4 hours. In the elderly, it can increase. Most are excreted by the kidneys.

The drug is used for symptomatic therapy. It helps relieve pain and reduce inflammation at the time of use. It does not affect the cause of the disease itself.

It is also used for colds. As a rule, headaches and persistent fever occur. Paracetamol also helps to cope with this.

The active substance acts selectively, which leads to a minimum of side effects.

The maximum dosage for adults and children over 12 years old is 4 g per day. In the form of tablets, children can be given from 2 years of age. Dosage 0.5 mg every 4-6 hours.

Rectal suppositories are used in 1 piece 1-4 times a day. They are introduced into the rectum, after cleansing the intestines.

Candles for children are available in various dosages:

The syrup can be used from 3 months, and the suspension – from one month. The average dosage is 1-2 tablespoons three times a day.

The active substance is metamizole sodium. Available in the form of tablets, injection and rectal suppositories. It belongs to non-narcotic analgesics and has an analgesic effect. 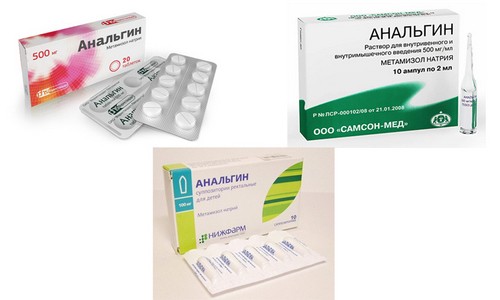 The mechanism of action is indiscriminate and similar to other non-steroidal anti-inflammatory drugs. The action cannot be called absolute, since receptors can block it.

The action begins in 20-40 minutes. When using an injection, the effect occurs a little faster.

The substance is well absorbed from the digestive tract. The elimination half-life is 1-4 hours. It is excreted mainly by the kidneys. When breast-fed, it passes into milk.

Analgin is used when other measures or drugs can not eliminate the pain syndrome.

Adults are allowed to use 0.5-2 tablets three times a day. The maximum dosage should not exceed 4 grams (8 tablets).

The use of an injection solution involves the use of 1-2 ml of solution for one injection. If necessary, with the permission of a doctor, the dose may be increased to 5 ml.

Suppositories are administered rectally to children, 1 piece 3 times a day. 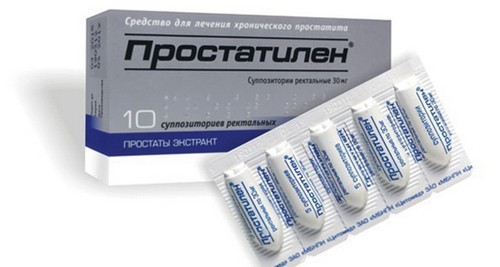