Dr Nigel Hacking, who led the trial at 18 UK hospitals, said it was a ‘very significant’ moment in treatment for benign prostate disease. ‘I think it’s a major advance and will appeal to a lot of people’, he said. ‘Maintaining sexual function and fertility is one of its main strengths. The potential as this rolls out – and we get 50 or 100 centres trained up over the next few years – is that we could soon be doing thousands a year.’

A breakthrough prostate treatment which will spare tens of thousands of men invasive surgery is being rolled out on the NHS.

The treatment for enlarged prostates, which uses tiny plastic beads to block the blood supply to the gland, has been given the green light after successful trials.

Experts hailed it as a ‘major advance’, saying it will improve the lives of men who have been suffering in silence.

Enlarged prostates, known as benign prostate disease, affect about half of men over 50 and eight in ten over 70. Every year 45,000 have painful surgery to remove part of the gland, risking incontinence and the loss of sexual function and fertility.

A treatment for enlarged prostates, which uses tiny plastic beads to block the blood supply to the gland, has been given the green light after successful trials

Last night, researchers said the new procedure, called prostate artery embolisation, will mean fewer men will have to go under the knife – and, crucially, will keep their fertility.

While not life-threatening, an enlarged prostate presses on the bladder and blocks the urethra.

Common symptoms include sufferers needing to make repeated trips to the toilet, often to find they cannot urinate at all.

Common symptoms include sufferers needing to make repeated trips to the toilet, often to find they cannot urinate at all

It can also lead to a build-up of toxins that cause severe kidney problems, although this is rare.

Patients are often referred for surgery which typically involves cutting or lasering the prostate under general anaesthetic.

It can take patients several weeks to recover. The procedure, known as transurethral resection of the prostate, has side effects including heavy bleeding, incontinence, impotence and infection, making it unpopular.

Clinical watchdog NICE has now approved the bead technique after trials involving 200 patients at Southampton General, Guy’s Hospital in London and 16 other clinics. The new procedure, performed under local anaesthetic, involves injecting hundreds of 0.2mm plastic beads into an artery in the groin. A thin tube is used to direct them into blood vessels, blocking blood supply to the enlarged gland and causing it to shrink.

The treatment usually takes about two hours, with patients discharged the same day.

The trials found the procedure significantly alleviated symptoms in eight out of ten patients, and was most effective in those under 65. Last year a trial on 1,000 middle-aged patients in Portugal found there were low rates of recurrence.

Doctors stress that the treatment is for benign prostate disease, not prostate cancer, and patients would have to see their urologist to rule out malignancy. They would then undergo tests to check they are suitable for the therapy.

The Daily Mail is campaigning to improve prostate cancer treatment and diagnosis, which lag years behind other cancers. With 11,800 deaths a year, it has overtaken breast cancer as the third most fatal cancer. 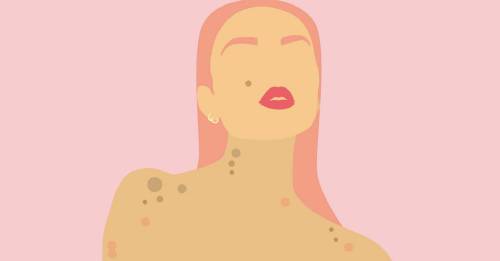 Here’s your guide to every different type of wart 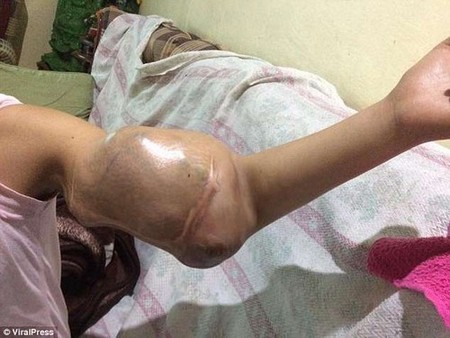 Batangas student who battled cancer had to have her arm amputated