Delivery through cesarean section is used in world practice quite often. In addition to the joy of motherhood, the effects of surgery on the body are extremely mixed. A woman who has had a baby in this way takes longer to recover. In addition, a sagging skin fold appears on the abdomen, causing mental and aesthetic discomfort.

A skin-fat apron spoils the mood of 80% of women who have given birth via cesarean section. Many of them are wondering where the overhanging fold came from, because before pregnancy they had a slender, toned figure . The main reason lies in the fact that during pregnancy the female figure changes, physiologically this is expressed in the prolapse of the anterior abdominal wall and the divergence of the rectus abdominis muscles.

Deformations of the abdominal region can be caused by the following factors:

When can I start the formation of the press

In the fight against an unaesthetic skin roller, a balanced diet and regular exercise at home will help

It takes 1 year to fully restore the female body after childbirth. Despite the woman’s outward well-being, the healing of sutures requires a certain amount of time. In some cases, even complications associated with recovery processes in the uterus, taking several months, are possible. Therefore, the first physical exercises aimed at returning the figure must be done no earlier than 3-6 months after the birth.

The first attempts to lose weight by limiting the amount of food and drink can turn into a complete disappointment, since hormonal changes in the woman’s body are aimed at the production of substances necessary for breastfeeding. Often, to restore the previous form, a period of at least the period of bearing the child will be required.

Any woman needs to remember that after a cesarean section, standard abdominal exercises increase the risk of suture discrepancy when there is insufficient healing. Therefore, in the first months, twisting the body, push-ups from the floor, raising the legs and torso from a horizontal position are contraindicated.

With diastasis (divergence of the rectus abdominis muscles), their natural recovery occurs over a longer period: 6 months – a year and a half.

There are many special sets of exercises aimed at getting rid of the skin roller and tightening the abdomen. However, one should not rush into intense training. Even six months after the operation, when the primary recovery of the body after cesarean section occurs, it is necessary to consult a doctor. During the examination, he will assess the state of healing of the sutures and advise on the permissible loads and exercises that a woman can perform. You may need to do an ultrasound of the uterus.

When doing exercises at home, you need to start with a small number of repetitions. In the case of the initial lying position, do not make sudden movements to avoid overstrain in the joints of the spine or cervical spine. It is not recommended to use weights with dumbbells.

The simplest and most affordable exercise allowed almost in the first days after childbirth is vacuum. In addition to the necessary tension on the abdominal muscles, this exercise has a beneficial healing effect:

The specifics of this technique is the horizontal position of the body to reduce the load on the internal organs and pelvic muscles. When creating a vacuum, the chest expands, such a breathing technique is found in the practice of yoga and body flex. Such a simple technique will help you quickly train your abs muscles and pave the way for a flat stomach.

Classes on the gym ball will bring not only benefit to the muscles, but also the pleasure of training. The ball involves almost any part of the body: back, stomach, legs, pelvis. Gymnastics on fitball is very diverse, and it is quite easy to carry out exercises even after cesarean section. Even simple springy movements on the fitball give a good result with regular approaches.

Lying on your back:

Lying on your stomach:

From the first time, some exercises may not work out, but after several approaches the necessary dexterity will appear and it will become noticeably easier.

Perform press exercises after cesarean section is recommended up to 3 times a week, with an interval of 1 day. Leg raises are most effective for training the rectus abdominis muscles; moreover, they do not require special training and are easy to perform.

The benefits of hiking and water aerobics Do not forget that a regular walk in the fresh air is a good muscle training. A young mother should walk with her baby for at least an hour a day, gradually increasing the distance covered and the pace. Staying in the fresh air is useful not only for a woman, but also for a child. Swimming or water aerobics is not only useful, but also enjoyable. Water is a powerful relaxing agent that forms a beautiful figure and removes unnecessary forms. However, the first trip to the pool must be carried out no earlier than 2 months after cesarean section, so that the uterine mucosa is completely restored.

Restoring the muscles of the press after cesarean section is a laborious process that requires time and energy. Do not strive to perform immediately a large number of repetitions, debilitating the body. It is necessary to focus on your health and well-being. To avoid the development of depressive syndrome from monotonous training, dilute physical activity with periods of rest. 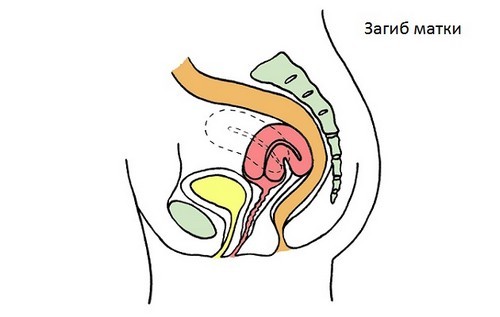 The appearance of bending the uterus in women after childbirth

Cabbage cutlets for a child (from 3 years) 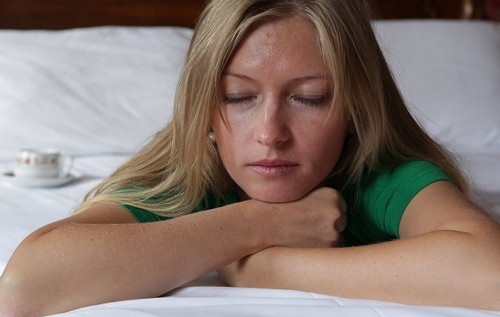