Nursing women are more susceptible to infectious diseases due to weakened immunity. To avoid taking strong medicines, it is often advised to use Lugol. But is it possible to use such a drug during this period without harm to the baby?

Lugol is a drug that actively fights bacteria. The active substance is iodine. Also in the composition are glycerin (softens the aggressive effects of iodine), iodine salts, purified water, potassium salt. The composition of the spray, in addition to the above, also includes an extract of algae, sea salt.

The local irritating effect of the drug causes increased secretion of mucus, provokes coughing and sneezing. In this case, pathogenic microflora is removed and washed off from the nasopharynx. With regular use of Lugol, staphylococci are destroyed. Addiction to the medication is not formed.

Do not use this medication for children under 6 years old, pregnant women. Accidental ingestion threatens the development of allergies, increased heart rate, insomnia and increased irritability.

Lugol is contraindicated in case of intolerance to its components, as well as for diseases of the thyroid gland, diathesis, tuberculosis, impaired liver and kidney function.

If the mother has a sore throat during breastfeeding, then I want to find a medicine that is harmless to the baby. Sometimes one can hear Lugol’s reasoning and reckoning as “popular”, safe means. Any medicine has side effects, you need to follow the correct dosage, have a doctor’s prescription.

You must understand that the main active substance of the drug – iodine penetrates into breast milk and accumulates in it. The main threat to the newborn is that he may have an excess of this substance. In the future, this can turn into problems with the thyroid gland.

Compliance with the permissible dosage is considered harmless to the baby. For example, the use of Lugol for four days will not cause an overdose in breast milk, it will not harm the baby. The use of Lugol will be safer than the use of antibiotics in treatment.

In smoking mothers with lactation, there is a lack of iodine, so that the use of Lugol will supply them with a useful trace element. But self-medication is unacceptable, the prescribing doctor should prescribe the drug. Features of the effect of drugs on infants can be evaluated only by a specialist.

The instructions for the drug also note that Lugol during breastfeeding is used in case of emergency. There are other ways to treat a sore throat. A solution of soda and salt helps a lot. It is necessary to rinse the nursing mother 5-6 times every 10 minutes, because the medicine is washed off by saliva. Such approaches should be done at least six times a day to get a positive effect.

If the doctor prescribed a lugol

In some cases, during breastfeeding, Lugol is prescribed, despite the undesirability of use. This can happen with purulent tonsillitis, when there is a threat of serious complications. Compliance with the rules for the use of Lugol during lactation will reduce the danger to the child:

Do not forget that when lubricating the damaged skin with iodine, the same rules apply. Especially if a large area is damaged. Iodine is also absorbed through the skin quickly and penetrates the blood. Nursing mothers should keep this in mind.

A nursing woman should carefully monitor her health during the use of Lugol. The appearance of side effects may be the reason for the withdrawal of the drug. The same manifestations may appear in infants.

If such symptoms appear, the use of the drug should be immediately stopped, consult your doctor. If the dosage is exceeded, irritation of the respiratory tract begins. There is a chance of getting a burn with iodine. Exceeding the allowable dosage to 300 ml can be fatal.

According to medical statistics, the majority of the population of our country suffer from a lack of iodine, so doctors can prescribe to women during pregnancy and breastfeeding preparations containing this trace element. When treating Lugol, such medicines are no longer used. That is why all the medicines should be prescribed by a doctor, he has an idea about the previously prescribed drugs.

Modern doctors use Lugol’s solution for the treatment of hepatitis B more and more rarely. Other less aggressive antiseptic drugs appear. But replacing one drug with another alone is not recommended. Only a doctor is capable of doing this expertly. It will take into account all contraindications and side effects. You can’t risk your health, especially for nursing mothers. 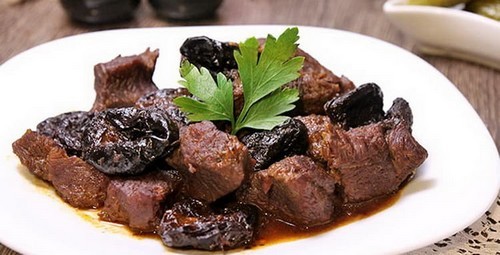 Braised beef with prunes for a child (from 3 years)