The long-awaited moment has come for any mother, when her baby was born. Ahead awaits chores and care for the child. It is at this moment that the recovery phase for each woman begins: uterine contractions after childbirth. This period begins immediately after the birth of a child and usually lasts from 6 to 8 weeks. During this time, all those changes that took place throughout the pregnancy period undergo the opposite process.

The uterus in the postpartum period – what happens?

As you know, every woman has individual physiological characteristics. In connection with this fact, the uterus of every woman returns to almost its original position at different times.

The uterus after childbirth is stretched and enlarged. This is a bleeding wound, and the uterus is most damaged in the place where the placenta is fixed. Moreover, it will bleed until the vessels become clogged. In addition, in the uterine cavity there is still what remains of the membranes and blood clots are present.

The uterus after childbirth should be “cleansed” of everything that is no longer needed within three days. During this period, two of the most important processes occur in it: phagocytosis and extracellular proteolysis. As a result of this activity, secretions (lochia) appear from the uterus. And if during the first days they are bloody, then after 3 or 4 days they are serous-sacred due to the high content of leukocytes. Over time, they begin to turn yellow. By the end of the third week they become even brighter, and after 6 or 8 weeks the discharge disappears altogether. The place where the placenta was fixed heals after 3 weeks.

How fast does the uterus contract?

From the very beginning to the end of pregnancy, the uterus undergoes significant changes. From a small organ weighing 50 grams, it grows to an impressive size and weighs 1 kg. Gradually, it is shrinking, but it will not be able to fully recover to its previous state. For a woman who has already given birth, she will weigh about 75 g.

The contraction of the uterus can be judged by the state of the bottom. A day after the appearance of the child, it is on the same level as the navel. In the following days, the uterine bottom falls at a speed of 2 cm per day. By about 10 days it is hidden behind the bosom.

The rate of uterine contraction is significantly affected by hormones.

But besides him, this process is influenced by several other factors such as:

It is worth noting that the higher these indicators, the uterus will contract more slowly. In addition, it matters whether a cesarean section was performed or whether the delivery took place naturally. In this case, after surgery, the restoration of the uterus after childbirth will be a little harder. In addition, if a woman breast-feeds a baby, this will also reduce the time of this process of uterine recovery.

It is worth considering that during this recovery period small “contractions” of the lower abdomen will be observed. Often they can be stronger and more intense after the second birth.

In some cases, when a woman does not tolerate such pain, she is prescribed special painkillers or antispasmodic devices. However, it is best not to resort to them. In addition, this happens quite rarely, so you should not worry about this. How is the process going?

Many women will probably be interested in how exactly this process of uterine contraction takes place. After birth, the uterus contracts due to the fact that some cells of the uterine muscle tissue contract, while others simply die. And if initially the shape of the uterus is spherical, then over time it becomes slit-like.

How long does it take? Usually, the uterus is able to recover in a fairly quick period of time. As a rule, it is reduced in 1.5-2.5 months, it all depends on the individual characteristics of the body of each woman. In this case, the most active moment of decrease is observed in the first days after the appearance of the baby. Accelerating the process of uterine contractions

However, in some cases, some methods are used to make the uterus contract normally. For example, when the uterus began to contract immediately after birth, its bottom should be tight. If it is soft, then this means that the uterus has a reduced contractility. In this case, an effective tool will be a massage performed on the outer surface of the abdominal wall.

To increase the speed of contraction of the uterus, on the first day after birth, they resort to a cold heating pad, which is placed on the stomach. In some cases, special medications are prescribed that also stimulate the uterus to contract quickly.

The most important thing to do after a child is born is to strictly observe personal hygiene. Regular washing, the treatment of sutures (if there were tears during childbirth) and other necessary measures will help to avoid the occurrence of various complications.

From about 4 days a woman can move more actively and this also contributes to the rapid reduction of the uterus. It is also important to follow all the instructions of doctors and exclude any possible pressure on the uterus. To do this, regularly visit the toilet (if necessary) and resort to the prevention of constipation.

In addition, in order to control the entire process of uterine contraction, a woman must be under the constant supervision of a doctor. If the birth took place without complications and naturally, then the woman is even recommended to get up after a few hours. There is also a special postpartum gymnastics, which also stimulates the reduction of all muscle tissue. And the uterus is precisely this organ. 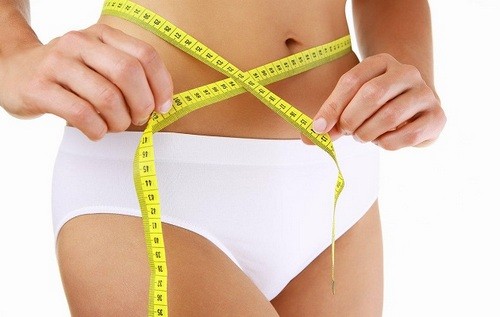 Restore a figure after childbirth 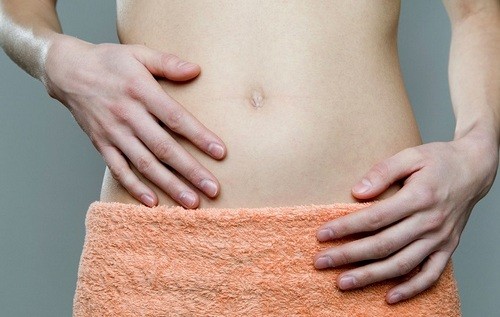 Causes of abdominal pain after childbirth