The first year of the baby’s life is the era of daily change. Of course, each child has a pace of development, but the stages of growing up that children go through, as well as the problems that parents face during this period, are the same for everyone. How to react to this?

All in the mouth

How is it manifested. From about 4 months, the baby begins to suck hands, feet and toys. So he receives information about whether a hard object is soft, rough or smooth, whether it is possible to eat it, because the baby still does not know how to ask questions. In addition, between 4 and 7 months in infants teeth begin to erupt and gums itch heavily.

What to do Keep all potentially dangerous, especially small, objects where the baby cannot reach them. When the baby begins to crawl, look at the interior from the height of the baby’s growth, and even better crawl along the floor in a plastussky way: so you will immediately understand what kind of interference can occur in the way of a little traveler and what could be dangerous for him. At about 1.5 years old, the baby will cease to drag everything in his mouth. How is it manifested. At 7 months, the baby can be scared even by relatives, whom it rarely sees. If the stranger tries to take him in his arms, the little one will protest loudly, or even he will fall into a lament. It is believed that in this way the instinct of self-preservation of the child is manifested. For him, strangers are part of an unfamiliar environment from which he seeks protection.

What to do In no case can not blame the child, or even “cheat” for his fear. It is also not worthwhile to struggle with such fears purposefully, they will weaken on their own. This is a normal reaction associated with the stage of mental development. Just do not pass the child too quickly into the hands of strangers. Let me first get used to the new person, make contact. By 14-15 months, such fears will pass and the baby will learn to communicate with strangers.

If the baby began to wake up often at night, remember if there were any quarrels and conflicts in the family that he could witness. Perhaps the baby is worried about being separated from a family member to whom he is very attached. As soon as the situation in the family becomes calm and the baby gets comfortable with the changes, his night’s sleep will normalize. When sleep problems have been noted for a long time, consult your doctor.

How is it manifested. At the age of 7-9 months, the child has a new entertainment – to smear food on the face, on the table, through the hair, but just do not send it into the mouth. The kid suddenly discovers that if you pat on the porridge with a spoon, the spray scatters in all directions. Baby studies the properties of different products and the consistency of food – liquid, solid, porridge. In addition, so few things are still subject to him, and in the game with food he dictates his own rules.

What to do Suppress the desire to take a spoon and quickly feed the baby, otherwise he may lose the desire to learn to eat independently. Just gradually guide the baby’s spoon in the direction of the mouth and do not pay attention to puddles of porridge and crumbs. Be sure to praise the baby! By 2 years old, he will begin to eat more accurately. How is it manifested. By the age of 8-9 months, the baby already understands that mom is more involved in his life than dad. Naturally, he will give preference to the one whom he sees more and with whom he communicates more actively.

What to do If dad works a lot and sees little with the baby, he will need more time to develop his own style of communication with the baby. There is no reason to be offended by a child who prefers mom, and to show him his offense. It is better to try to devote to communication with him every free minute. Joint walks, swimming, games – this is the way out. Mom should be a little faded into the background and give the spouse to chat with the child. One more tip: involve dad to feed, “walk” the baby, so that the baby understands that routine is not only a mother.

How is it manifested. For about 9 months, the baby may again have trouble sleeping, especially at night. It’s a paradox, but the less the baby sleeps during the day, the more likely it will be more difficult to put him in and he will not sleep well at night. Causes of nocturnal awakenings and crying can be some diseases, cutting teeth, neurological disorders, as well as a terrible dream, which a baby could have dreamed of. After all, a small child does not know how to distinguish dreams from reality. And the reason may be hiding in the fact that in the near future the baby will learn to do something new for himself, for example, start walking or talking. Now he spends all his energy on the development of this skill, therefore there may be problems with sleep.

What to do Pay attention to the daily routine of the baby. He should sleep enough during the day. Continue to put him to bed, as usual, sing lullabies for the night, tell good tales. It is very important to observe the usual rituals of going to bed. If the child’s health is all right, the habit of sleeping soundly at night will soon return.

According to the French psychoanalyst Francoise Dolto, the baby should always be explained why he is temporarily parting with his mother. Based on her own medical experience, she claimed: if, when parting, the mother assures the baby that she loves him and they will be together again soon, the child’s health is normalized, her appetite and sleep are restored.

Come on, pick it up!

How is it manifested. If earlier, dropping a rattle, the baby thought that it had disappeared forever, then by 9-10 months he realizes that the toy exists even when he does not see it. And he begins to drop endlessly, that is, “lose” various objects and is looking forward to when his mother returns them. At the same time, the baby establishes causal relationships: I dropped it, my mother raised it. But sometimes he abuses it.

What to do The more actively you participate in this game, the more the child likes to have fun in this way. As soon as you stop raising and returning what was left to the baby, the game will end, the crumbs’ interest will fade. If the baby begins to drop objects while eating, that means he has eaten and is ready to proceed to the next point of the daily program. In order not to bend over the “lost” toys each time, tie them to ribbons and show the child how to pull them to yourself on your own. Do not leave, otherwise I’ll pay!

How is it manifested. Between 10 and 12 months, the baby acutely experiences even a short-term separation from his mother. After all, he already imagines her mentally, even when her mother is not with him. As soon as she disappears from his field of vision, the baby thinks that the separation is for a long time, and raises an indignant cry.

What to do When leaving the room, continue to talk with the baby. Hearing your voice, he will understand that mom is nearby. Returning, be sure to report this: “I came to you again, that’s great!” When you need to leave home, ask an adult who is left with the crumbs to come early so that the child can get used to the changes. Be sure to say goodbye to him, kiss, ask to wave with a pen and tell that you will be back soon. Difficult breakups can go on until the kindergarten, but children who periodically stay at home with someone other than their mother are more likely to experience separation.

Psychoanalysts consider the fear of strangers part of infant phobias caused by situations that are not comfortable for the baby (for example, hunger). According to other researchers, the fear of a stranger is a manifestation of a general negative reaction to everything new and unknown.

How is it manifested? By 9-12 months, the baby has mastered the coups, crawling, and just lying down while dressing or changing the diaper is already bored. So he uses every minute to train his skills to pull himself up, roll over, get up on all fours. This is all the more interesting because every time the world opens before a child from a different angle.

What to do Try to distract him, and even better to change the baby on the floor. This way you will reduce the risk of injury when you try to “run away” crumbs from you. You can also try changing clothes on the go. 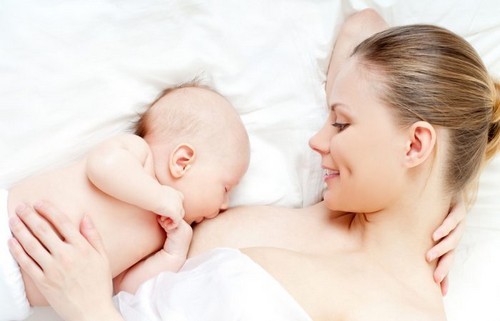 Finished mashed potatoes, a good choice for the baby 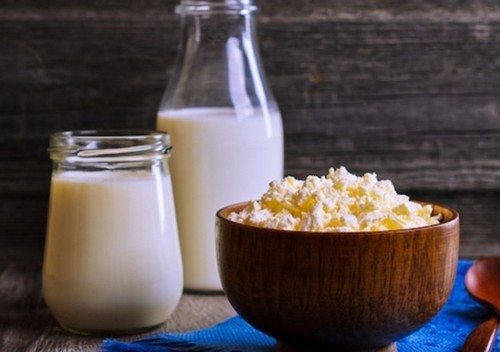 Table: What dairy products are good for children?