In the pool or sauna rarely seen today barefoot person, because everyone knows that a high probability of Contracting nail fungus there. However, not everyone knows that places of public bathing are not a major source of infection. In the first place among infectious places are salons nail care.

Most often it is in their clients are awarded a dangerous infection, as the master neglect the need to handle tools. And instead of a beautiful well-groomed nails woman gets cracking, peeling skin on the foot and yellow crumbly nails. This is a serious disease that requires prolonged treatment.

Other causes of the disease with nail fungus dermatologists think: obesity, diabetes, a weak immune system and AIDS, oral contraceptives, antibiotics, hypovitaminosis, fractures and injuries of the skin around the nail, excessive sweating feet. In addition, infection by the fungus is favored by flat feet, mismatched shoes, diaper rash and fading, close spaces between your fingers. Also matter age and gender, and occupational factors.

In medicine, nail fungus is called onychomycosis (anyho – nail mycosis – fungal infection). The disease is spread in all countries and affects both women and men. With age, the risk of getting the fungus increases and after 70 years it hurts every second.

Most often, the fungus begins in the interdigital folds stop. The skin between the fingers peels off, itches and burns. Then form vesicles which burst and cracks and sores. If treatment is not started, then the fungus spreads to the nails, where it grows and multiplies. Over time, under the action of the fungus the nail is stratified, and it is embedded in the nail bed. And then amazed and fingernails.

There are several types of nail fungus: dermatophytes, yeast fungus and mold.

Dermatophytes. With the defeat of dermatophytes on the nails appear yellow spots and longitudinal stripes on the sides of the nail, and in some cases bright yellow spots or streaks on the center of the nail plate. If the fungus is on the hands, the strip of whitish or grayish. The fungus penetrates into the nail and as a result, it thickens and peels off.

Yeast fungus on the nails. When yeast fungus the nail plate becomes thinner from the sides, behind the Lodge, and becomes yellowish. The disease often starts on the hands with periungual rollers – is thickening, redness and swelling, and perhaps suppuration. The power of the nail is broken, which leads to the appearance of transverse furrows.

Mold nail fungus. Occurs against a background of malnutrition of the nails because of the other infectious diseases. The color of the nail plate turns yellow, green, blue, brown and even black, but the nail is affected only superficially.

You should know that the nails can be affected by several types of fungi, so do not self-diagnose, and it is better to consult a specialist.

Nail fungus does not disappear by itself, it should be treated. The longer it stays on the nails, the harder it is treatable and the harm to the entire body. The fungus weakens the immune system, exacerbated chronic illness, experience an allergic reaction. Therefore, when the first signs of the fungus you need to go to the dermatologist or mycologist. Only a doctor, after examining and making tests, can accurately determine the type of fungus and prescribe the right treatment.

Before starting the course of treatment, the doctor writes a prescription for the preparation in a pharmacy of the required solution, which will need to disinfect all shoes, socks or gloves. And then during the course of treatment 1 time per month processed clothes and footwear worn during treatment. Disinfection is as follows: a cotton swab moistened in the solution and they rubbed the inner surface of the Shoe. In gloves and socks and put moistened swab. These are then placed in a plastic bag, tightly tied and left for the night. After that things should be aired for 2-3 days.

Currently used highly effective drugs for the treatment of fungus of local and General action.

At the initial stage of the disease when small lesions of the nail is limited to local treatment: the nail bed applied 2 times a day, antifungal drug in the form of a solution, cream or ointment. Before applying the tools first, make soap-soda bath for nails. To do this, take 50 g of Laundry soap and 1 tablespoon of baking soda into half of the basin, dissolve in hot water and keep the feet or hands for 10-15 min. Then nail accessories remove the softened layers on the nails. Such procedure is carried out until, until you grow healthy nails. Remember that for the sick and the healthy nail needs to be different manicure accessories to not spread the infection.

For local treatment using medicines: Kenison, drug zistan, Nizoral, lamisil, Mikospor. These drugs are applied on a day to affected nails, covering them with waterproof band-aid. Then make soap-soda bath and treated nails, removing dead skin part. The procedure is repeated until the regrowth of healthy nails.

In addition, use anti-fungal lacquers: and Loceryl Batrafen. Varnish Lotseril is applied to the nails 1 or 2 times a week. When the fungus on hands treatment may last from 6 to 8 months, and legs up to one year. Nail Batrafen in the first month of the strike through the day, second month 2 times a week, then applied 1 time per week until the healthy nails grow back. For antifungal lacquer can be applied regular manicure.

With the defeat of the two or more nail plates, or when not helping local treatment additionally prescribe potent antifungal drugs for oral administration. These include:

Nizoral and its equivalent Mycosoral.

Before using a particular drug, you should be familiar with contraindications.

In some cases it is necessary to remove the nail plate and to continue treatment until growth of new nail.

After completing the course of treatment after 2 weeks and then 2 months doing tests to confirm that the fungus defeated. Now we need to be vigilant so as not to get sick.

The causative agents of onychomycosis is very stable and can withstand temperatures up to +100 degree and freezing down to -60 degrees. Spores of nail fungus is kept and disinfectants that are used in public places for months and remain viable in the beach sand. So you need to be careful to save yourself from trouble.

Infection with nail fungus occurs frequently and from family members if someone is ill. All he possesses: shoes, clothes, common towel, bath Mat, scissors and other items may contain contaminated with fungus flakes of skin and pieces of nail.

Tub before bathing must be washed with a disinfectant and hot water. Treated regularly with a 5% solution of chlorine bleach washcloth for one hour.

If your feet sweat heavily, there are scuffs and abrasions, helps powder of talc and boric acid.

Follow the simple rules of prevention of fungal diseases:

Adhering to these rules, you can easily spare yourself from problems with the infected with fungus. 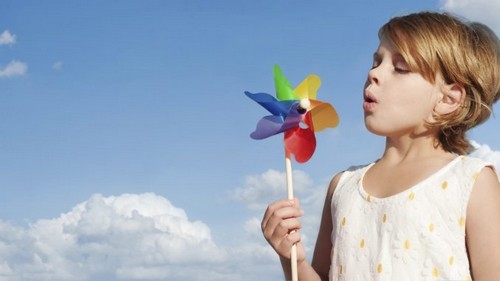 How to learn to live with Duchenne’s myodystrophy 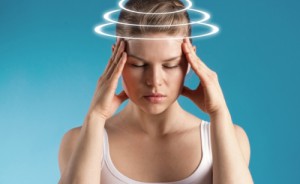 Manifestations and treatment of the syndrome of subclavian steal