When Kate Harris’ son, who she refers to as Mr Snuggles, was seven weeks old he suffered several episodes of acute cardiac arrest before being put on life support and a heart pump.

A 33-year-old women whose one-year-old son received a heart transplant last year penned an open letter to the mother of her son’s anonymous donor.

His only hope of survival was to have a heart transplant.

But receiving it was bitter-sweet for the first-time mother as it came with the knowledge that another woman  had lost her baby.

Kate, an aerospace engineer from Florida, wrote a blog post dedicated to the mother of her son’s organ donor in which she said: ‘I think of you a thousand times a day.’

Kate Harris, 33, is pictured with her one-year-old son, who she refers to as Mr Snuggles, and received a heart transplant last year.

Mr Snuggle’s had several heart attacks at seven weeks old but the new heart saved his life. It is both the organ donor and recipient’s right to keep their identities anonymous.

But if either family wishes to do so, they can exchange letters once a release of information is signed.

In the Harris’s case, their donor was anonymous.

Kate took to her blog on TODAY to express thanks and sorrow to the woman who had lost her baby and given life to Mr Snuggles.

She wrote: ‘When I got that call, I wept inconsolably. I knew the price with which my happiness must come. While the relief that Mr. Snuggles would be saved washed over me, it was overshadowed by the gut-wrenching knowledge that a perfectly sweet, innocent baby – just like my own – had been taken too soon.’

But the transplant was Mr Snuggles’ only hope at survival after nurses told the family his heart would never pump properly on its own.

While Kate and her husband Josh were dealing with the stress and sleeplessness of being first-time parents, their son’s life was in jeopardy as his mysterious medical condition worsened.

Kate said that according to science and statistics her son should not have made it.

However, the infant made small victories such as urinating on his own when nurses said his kidney’s wouldn’t yet function and breathing stronger than anticipated when his lungs were full of fluid.

But even with those small improvements, infection would arise and another procedure would lead to setbacks to Mr Snuggles’ progress.

Just when Kate was about to ‘lose herself’ she said a ring of life appeared when she got the phone call that they had found a donor for her son.

‘That life ring was attached to a rope, and at the end of that rope was a nameless, faceless hand, pulling me out of the deepest crevice of the darkest caverns of the ninth circle of Hell,’ she said.

The family from Florida is thankful to have received the transplant for their son, but it came with the knowledge that another mother had lost her child

Mr Snuggles’ transplant was successful but his parents live in constant fear that he will relapse.

They still do not know what caused his heart to fail but they have been told that his new heart is supposed to fix whatever went wrong.

‘We were never given a cause for what happened, so I live underneath a shadow of doubt and uncertainty,’ she said.

Kate, who is now pregnant with her second child, wrote to the donor’s mother: ‘You saved me from a soul-crushing sorrow no one should ever have to endure.’
While the relief that Mr. Snuggles would be saved washed over me, it was overshadowed by the gut-wrenching knowledge that a perfectly sweet, innocent baby – just like my own – had been taken too soon

She said she wishes that she could grieve with the mother who lost her son and understands the despair of never being able to hear her baby’s laughter or feel their warmth.

‘You are bearing that burden for me,’ she wrote.

‘With every smile, every ”first,” every beat of his perfect new heart, I think of you. And every time I think of you, I am overcome with guilt. My happiness is your agony. My joy is your heartbreak. I cry for you, I pray for you, and I love for you.’

Kate ends the letter with the hope that it finds the woman whose child was taken and that it brings her peace and comfort.

‘Mr. Snuggles’ firsts, our firsts, are your firsts. Please know that whatever we do for and with him, we do in honor of your sweet angel,’ she said.

Stay at home on Black Friday to avoid the measles outbreak 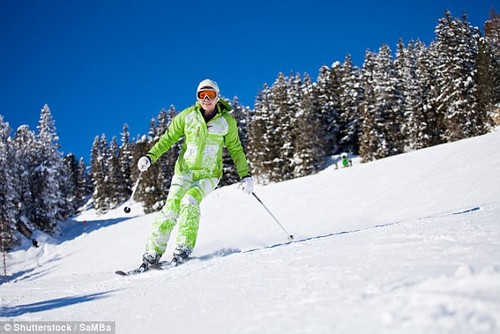 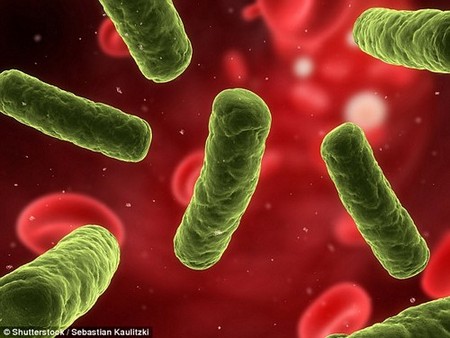