Sexually transmitted diseases are on the rise at alarming rates in Los Angeles and public health experts say the trend will only stop when racism and stigma end.

After spending nearly a decade in decline in California, STDs suddenly made a come back there in 2014 and reached record-setting rates the last two years in a row. More and more adults are getting syphilis, chlamydia and gonorrhea there, and even passing the diseases to their children.

For each disease, rates are several-fold higher among African Americans and are only driven upward as well-worn stigmas persist and deter schools from educating teenagers on sex safe practices.

In an increasingly desperate bid to turn the tide of STDs, the Los Angeles County Department of Public Health has funded and launched a number of campaigns to own up to the stigmas and racism surrounding sex in the city.

There are twice as many cases of Gonorrhea in LA as there were in 2012, a record number for the second year in a row. People between 15 and 24 account for a full third of the surging cases of chlamydia in LA.

Yet the responses of teenagers at public health events in Los Angeles seem to indicate that they may not be learning safer sex practices in school. At an event called Spring Into Love earlier this year, teenagers played games with life-sized models of penises and condoms, learning to properly put one on.

The high school students admitted that many had hardly talked about sex with their families, and that sexual health classes barely scratched the surface, the Los Angeles Times reported.

Despite the high rates of STDs among young people, ‘the one thing I never do, and I hope others don’t as well, is blame these young people for not taking care of themselves,’ Barbara Ferrer, head of Los Angeles County’s public health department told the Times.

In September, several schools in the Los Angeles Unified School District introduced a new curriculum called Puberty: The Wonder Years, which is intended to introduce students as young as nine to sexual education.

In the second district of LA, which encompasses the cities of Compton and Inglewood, rates of STDs are far higher than in the rest of the country, especially among African Americans.

But at that time only about 10 out of 50 schools were slated to start the new course and it was unclear exactly which schools in what districts received the materials.

That question is particularly relevant in Los Angeles where one third of all chlamydia cases are in the county’s second district, which covers the eastern and southeastern parts of the San Fernando Valley.

District two includes the notoriously poor, predominately minority cities of Comptom and Inglewood. What’s more, rates of gonorrhea there are many times higher among African Americans, according to We Can Stop STDs LA.

The non-profit organization argues that there is little access to sexual health care and education in the area, few youth-friendly services, and stigma, bias and shaming that leave sexual health in the shadows.

STD transmission in Los Angeles is not just a problem of the youth, nor of the district, or African Americans, ‘it’s a community problem,’ Jim Rhyne of the We Can Stop STDs LA told the LA Times.

Disparitites in high rates of STDs among people in places like district 2, compared to those in, say, Bel Air, are among the five focus areas of LA’s recently established Center for Health Equity.

‘The gaps in health outcomes seen within the Center’s focus areas are not caused by personal health behaviors or characteristics,’ its mission statement says.

‘They are mostly the result of past and present policies and practices influenced by racism, sexism, transphobia, homophobia, and other prejudices.’

The Center intends to raise awareness of these disparities through media, data and community partnerships. 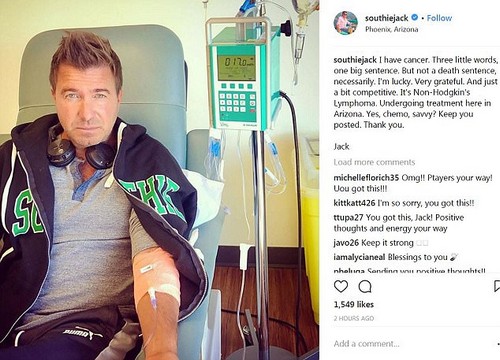