Jaylen Escalera was born with six fingers, two toes and missing bones in his legs that caused knee and ankle deformities as a result of two very rare genetic abnormalities.

A two-year-old double amputee spent his birthday walking with his new prosthetic legs on Sunday.

Doctors told the family his only hope at ever being able to walk would be amputation because the limbs were not functional. Now Jaylen has been getting accustomed to his new prosthetics as he took baby steps with the help of his family and friends yesterday during his birthday party in his New York home.

Jaylen Escalera celebrated his second birthday Sunday with family and friends and walking with his new prosthetic legs.

Jaylen was born with FATCO, a cluster of conditions that cause deformations. In this case he was born with missing bones in his leg, two toes and six fingers.

Doctors have said he has tibial hemmimelia and proximal femoral focal deficiency, which left him born without a tibia bone and with deformed legs. But Jaylen’s case is especially rare as he was also born with just six fingers between both hands and just one toe on each foot.

Limb malformations take place in about one in every 1,000 infants, according to the National Institutes of Health. However, the specific conditions Jaylen has are even more rare and affect one in a million and one in 200,000 births.

FATCO, a cluster of conditions that stand for Fibular Aplasia, Tibial Campomelia, Oligosyndactyly with Talar Aplasiatibial hemmimelia. The word aplasia/hypoplasia is used for partial or total absence of a bone.

Fibula, a leg limb bone, is one of the most common to be involved with this and its incidence is among the highest in long bone deficiencies. Due to the rarity of the syndrome, it is important that each case is handled differently.

Limb malformations take place in about one of every 1,000 infants, according to the National Institutes of Health.

Doctors at Shriner’s Hospital for Children in Philadelphia amputated both legs below the knee in July.

‘We didn’t want to take the ability to walk away from him,’ Jaylen’s mother, Jessica Gooding, 28, said.

In October, he received his prosthetic limbs and has been taking baby steps toward walking independently with the help of an occupational therapist.

Jessica said around one year old he would crawl and stand up on his knees. ‘We knew we had to get this done because he was ready to stand and ready to walk,’ she said.

If not amputation, Jaylen would have been in a wheelchair his whole life. It is believed Jaylen’s condition is due to a spontaneous genetic mutation that developed in the womb between four and eight weeks.

The mom-of-two said she began bleeding during her pregnancy with Jaylen and doctors told her she was soon to miscarry. But he continued to grow and at 22 weeks, doctors spotted Jaylen’s abnormalities.

Though they urged her to terminate the pregnancy, Jessica and Jaylen’s father Israel refused and found new doctors at The Children’s Hospital at Montefiore near their home in The Bronx, New York.

‘They’ve been hopeful since I’ve been with them. They never say never and always examined him more in depth,’ said Jessica.

But Jaylen still has a long road to go.

He has already had surgeries to separate his two fuzed fingers on his right hand and the family is scheduling a surgery for his left hand for early next year.

The prosthetic legs Jaylen is currently using are just to get him balanced, promote posture and get him comfortable up on his feet but don’t have knees.

Within a year, he will be fitted for new prosthetics which he will have to get as he continues to grows.

The now two-year-old had his amputation in July and just got his new set of legs in October.

Jessica said they knew he had to get the amputation because he was itching to walk and would stand on his knees. He now goes to physical and occupational therapy to learn how to walk for the first time.

Jaylen will have to get fitted for new prosthetics within the next year as he continues to grow. He also has a heart murmur, which keeps him in and out of cardiology visits as to monitor the heart beat.

Eric Fornari, director of pediatric orthopedic education at The Children’s Hospital at Montefiore, told NBC News: ‘Jaylen’s mentality and temperament is strong and his motivation is very strong for a child that’s only two-years-old.’

Friends have created a GoFundMe to help the family with medical and travel expenses as they go back and forth from New York to Philadelphia for surgeries and followup.

Jessica describes her son as a very sweet and happy baby who has a positive attitude and likes to play with his big brother, four.

She said: ‘We let him roam and do everything his brother can do, obviously except the running part.’

Jaylen spent his Sesame Street-themed birthday with friends and family, and used his prosthetic for a little while until he wanted them off so he could speed crawl.

Next in store for the family is finding a good pre-school that will accommodate Jaylen with ramps and on-site physical therapy.

Jessica said, ‘We’ve always wanted him to feel like a normal child. We say he has difficulties, he’s not disabled.’

He was also born with six fingers between both hands and celebrated his first birthday in a cast after surgery to separate two of the fuzed fingers. His mom says Jaylen is just as active as his older brother and describes him as a happy baby. 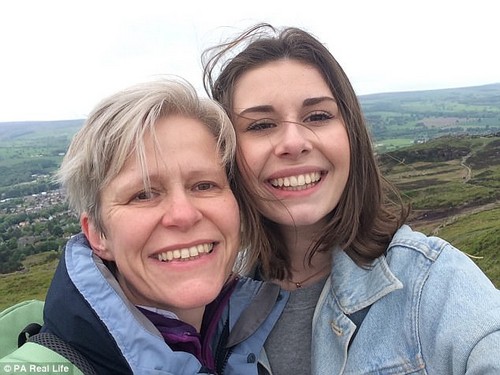 One thought on “Boy, 2, walks with prosthetic legs after double amputation”