Treatment of opisthorchiasis is urgent, and begin this long process only if the correct recognition and timely diagnosis. The harm borne by Opisthorchis – activators of this type of bot, is significant.

Worm infestation in humans is caused by ingestion of the pathogen such as cat Fluke. This kind of parasites are classified as flat worms because worms has a thin body with a ventral and oral suckers. Most often detected, opistorchis in the fish that is infected with eggs of parasites in the absorption of water in stagnant ponds. River, lake and betting inhabitants serve as intermediate hosts of helminths.

When injected into the human body of contaminated fish larvae settle in the liver, gallbladder and pancreas. In order to turn into adults, Mature individuals, they are just 2 weeks. A month after infecting the worms begin to actively proliferate.

To avoid the disease opisthorchiasis, it is necessary to know how the pathogen is transmitted and what foods are most often present parasitic helminth eggs.

When you eat the following fish raw probability of infection increases several times:

If properly prepared of any of the above freshwater inhabitants, to withstand the time required for the heat treatment, the probability of hitting the cat’s Fluke in a human or animal body close to zero.

The symptoms of opisthorchiasis in adults

First symptoms indicate an urgent need for the passage of the quality health survey. To identify the disease at an early stage is almost impossible, because most often, the pathogen does not declare itself for quite a long time. Asymptomatic – the main reason why the treatment of opisthorchiasis often starts late. The progression of the bot is able to leave permanent trace in the human body, so the following symptoms in any case cannot be ignored:

The body temperature rises, usually at advanced stages of the disease and often reaches 40°C.

The acute form of the disease

The features of biological cycle, the number of larvae and the immune system determine the degree of symptoms in children and adults: opisthorchiasis in the incubation period can occur up to 1.5 months, followed by a sharp flare.

The duration of this form of helminthiasis is an average of 2-3 weeks in mild and moderate disease. The main toxic manifestations are due to lesions of the body caused by the waste products of the parasites, and allergic reaction to their presence. The acute form of this type of worm infestation is characterised by the following signs:

1. Histamine symptoms (hives, angioedema, itching and redness of the skin). On external signs of rash, localized on the skin of the feet and hands, often resemble eczema or psoriasis.

3. Asthenovegetative syndrome (deterioration of the General condition of the body, sleep disturbances, irritability and malaise). Also there is an increase in size of internal organs (liver and pancreas) and the failure of their functioning.

4. Pain in joints and muscles. Feeling the aches in the bones can be fickle.

The symptoms of chronic opisthorchiasis

After the acute stage in the absence of proper treatment, develops the next stage is chronic. It has the effect of toxic effects of parasites lay eggs on the body of an adult. Manifestations in chronic type of the disease is similar to acute symptoms, but are less severity and represent:

At the advanced stage of the disease develop arthritis and arthrosis of the joints, there is a loss of cardiac activity. Weight loss in chronic opisthorchiasis – a common phenomenon caused by an abnormality of the suction of the intestines. Insufficient intake the human body vital and essential trace elements promotes the rapid deterioration of the General condition of the patient.

The above signs in adults – the main indications for urgent physician consultation or parasitologist.

Before the study doctor will make the clinical history, based on the following data obtained from the patient:

Then the doctor compulsorily appoint a patient undergoing multiple types of laboratory tests:

How is the treatment?

Treatment at home will give positive results, if you follow each of the recommendations of a qualified professional. In the initial stages of the disease in a satisfactory condition the patient therapy in stationary conditions is not required. In serious complications and acute or chronic opisthorchiasis, the patient may need hospitalization. The decision about the hospitalization takes doctor if:

The choice of medication depends on the doctor. Treatment of this helminthiasis may be included in the therapeutic scheme of national resources. In conjunction with potent antiparasitic substances they are able to accelerate the healing process, but, as practice shows, most often the recipes of alternative medicine are more effective in prevention. Their power is quite enough for the larval stage of the disease.

The main drugs in the treatment of opisthorchiasis

Among the medicines for quite a long time as the best medication, it is worth noting Praziquantel. He actively kills adult parasites by acting on the muscular and respiratory system by total paralysis. I think the main contraindications diseases and inflammation of the brain, so make the tool only after medical consultation.

In opisthorchiasis is not less effective drug that has increasingly symptomatic treatment, consider Ecoral. It includes the aspen bark, which allows the active substance to enhance the effects of other medicines aimed at the destruction of worms. Ecoral most often prescribed as an auxiliary, secondary funds.

The clear leader is called Biltricid. The drug belongs to the drugs of broad spectrum of action, the overwhelming activity is not only flat, but also tapeworms. Because therapy is considered to be quite specific because of the high probability of development of side effects, treatment with it is, as a rule, the walls of infectious clinical departments. The drug is prescribed in cases of absence of positive dynamics of recovery during the application of other, weaker drugs.

At the initial stage of the disease and as prophylaxis can I take Ursofalk. With confirmed opisthorchiasis drug use for several months according to the dosage determined by the attending physician.

In addition to traditional medications in the treatment of this form of helminthiasis great attention should be paid to the adjustment of diet and eating patterns. For therapy and the maximum time after the diet is mandatory rigorous condition.

Meals should be based on the following principles:

Hygiene in the prevention of helminthiasis is of primary importance. It is crucial, coming from the street or after visiting the toilet always wash your hands with soap and water. If this is not possible in public places it is best to use antibacterial wipes.

Since the predominant number of cases of infection occurs during bathing in reservoirs, the purity of which is doubtful, it is advisable to avoid visiting such places. Once in the water, it is necessary to ensure that water does not get in your mouth. River fish as a source of infection should always undergo the appropriate heat treatment. Eating it raw is unacceptable. While maintaining the proportions of salt dried fish can be consumed only if the process of cooking lasted for at least 3 weeks. 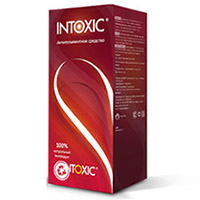 Drugs for the prevention and treatment of parasites 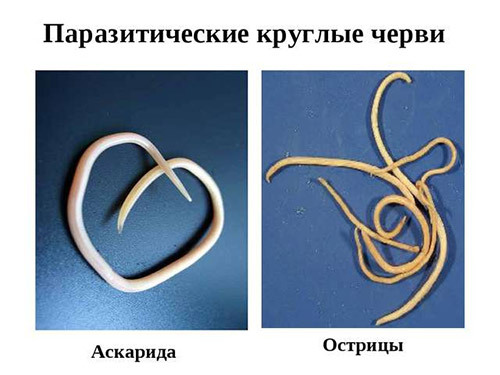 2 thoughts on “How do you get opisthorchiasis”