Tens of thousands of schools in the city and surrounding areas remain closed, as calls mount for urgent government action to tackle the ‘gas chamber’.

New Delhi has banned lorries from entering the city and announced restrictions on cars as part of radical plans to crackdown on pollution. Health officials declared a public health emergency in India’s capital earlier this week, after a choking blanket of smog descended on it.

Volunteers have handed out green pollution masks to residents of India’s capital to make a statement about the city’s choking smog. Alarming reports show the city’s levels of PM2.5 pollutants have breached 1,000mg this week – more than triple the 300mg level that is deemed highly dangerous.

The city’s transport minister, Kailash Gahlot, has now announced plans to limit car use to alternate days from next week. Health officials declared a public health emergency in India’s capital earlier this week, after a choking blanket of smog descended on it

According to AFP, he told reporters: ‘The situation in Delhi is so bad and if the pollution can be brought down in any way, we will do it.’ Low visibility caused by the smog forced the closure of one of the runways at Delhi airport earlier this week, delaying some flights.

The worst air quality often hits this time of year as nearby farmers burn fields, people build street fires to keep warm and winds die down. Authorities in the city had earlier ordered a ban on all construction work and barred lorries from entering the city as public pressure on the government mounted.

Around 50,000 mostly diesel-fuelled lorries pass through India’s capital every night and they are a major contributor to the pollution plaguing the city. Air quality typically worsens before the onset of winter as cooler air traps pollutants near the ground.

This prevents them from dispersing into the atmosphere, a phenomenon known as inversion. Low winds and the annual post-harvest burning of crop stubble in the states of Punjab and Hariyana – despite an official ban.

Alarming reports show the city’s levels of PM2.5 pollutants have breached 1,000mg – more than triple the 300mg level that is deemed highly dangerous. Indian commuters ride over tracks at a railway crossing amid heavy smog in Amritsar.

Both have caused the levels of dangerous pollutants in the air to spike. Figures on the US embassy website showed levels of PM2.5 to fall to 400mg this morning, despite peaking at 1,000mg yesterday.

The World Health Organization’s guidelines say 25mg is the maximum level of PM2.5 anyone can safely be exposed to over a 24-hour period.

The PakAirQuality network, which publishes unofficial air reports on social media, said the concentration of PM 2.5 in the city had topped 300mg.

Motorcycle riders wore green face masks and goggles as they tried to cope with the smog, but for some the protection was not enough.

‘I am feeling burning in my eyes,’ labourer Zawar Hussain told AFP reporters. ‘I will visit a doctor in the evening.’

Doctors warn the microscopic particles can penetrate deep into the lungs, increasing the risk of heart attacks and strokes. The Times of India joined growing calls for government action to curb the chronic pollution.

The newspaper stated in an editorial: ‘Delhi once again has become a veritable gas chamber with denizens finding it difficult to breathe.

‘Air pollution during winter months has become a catastrophe for large parts of north India.’ It blamed ‘political apathy’.

It is the second year running that Delhi – now the world’s most polluted capital with air quality worse than Beijing – has faced such high levels of PM2.5. Media reports said the thick smog had also led to a series of road accidents in north India.

Eight students were killed late Wednesday when a truck ploughed into them as they waited for a bus on a roadside in Punjab. Since 2014, when WHO figures showed the extent of the crisis, authorities in Delhi have closed power plants temporarily.

But the temporary measures have had little effect.

‘We we will continue facing this every year until the neighbouring state governments resolve the issue of crop burning,’ he said.

Air pollution has been linked to kidney and bladder cancer, showing toxic particles may cause harm beyond the lungs. A ground-breaking study has found microscopic ‘PM2.5’ particles from car exhausts can raise someone’s risk of dying from kidney or bladder cancer by almost 15 per cent.

People living near busy roads, exposed to nitrogen dioxide from diesel cars especially, see their danger of death from bowel cancer rise by six per cent. Pollution in British towns and cities are linked to 40,000 premature deaths a year, with heart disease and stroke the biggest causes.

Lung cancer is one of the next largest killers, but there has been little evidence on other types of cancer. Now a study led by the Barcelona Institute of Global Health has quantified the danger in a 22-year study of more than 600,000 people in the US. 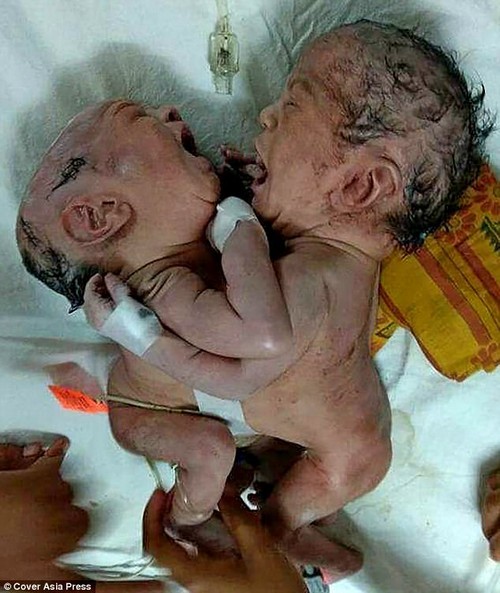