The highly infectious illness can also cause a fever, headaches, painful stomach cramps and aches and pains.

Cases of the winter vomiting bug rocketed by nearly 70 per cent last week, according to NHS figures. The number of patients in hospital suffering from norovirus rose to 1,336 from 790 the previous week.

Symptoms for the Sydney strain – named after the Australian city where it first appeared in 2012 – last a couple of days. The amount of hospital patients suffering from norovirus rocketed by 70% last week to 1,336 from 790 the previous week

Public Health England also reported two flu-related deaths, bringing the total to six so far this winter. Experts said the spike in norovirus cases was adding to pressures on beds, with average bed occupancy levels now at 94.6 per cent – far above the recommended 85 per cent.

Dr Nick Scriven, president of the Society for Acute Medicine, warned that hospitals were ‘imploding’. He said: ‘All we can see is pressure, pressure and more pressure – the system is on a knife-edge. Some hospitals are already cancelling planned surgery and that is something patients will face increasingly over the winter months.’

The demands of winter illnesses also led to more delays for ambulances waiting at hospitals for patients to be admitted. There were 11,900 held up for more than 30 minutes last week, up from 10,200 the previous week. Of these, 2,340 were delays of an hour or more, up from 1,840.

Shadow health secretary Jonathan Ashworth said: ‘Last week’s cold snap demonstrated the crisis facing our NHS this winter and Government inaction will only make the challenge that much harder. Patients will be deeply concerned that despite the heroic efforts of our brilliant NHS staff, there was a shocking 27 per cent increase in the number of patients stuck for over an hour in the back of an ambulance in just one week.

‘Patients expect ministers to urgently get a grip.’

Janet Davies, head of the Royal College of Nursing, said: ‘The Government shouldn’t shrug today’s figures off as yet more statistics. Behind every one is a person waiting too long, often in pain and discomfort and at their lowest ebb.’

Although norovirus is a huge burden for the Health Service, the latest figures are down 12 per cent on the average for the past five years.

An NHS England spokesman said: ‘A&E four-hour performance in November is better than the same time last year, despite an extra 85,000 more patients being successfully treated in under four hours.

‘There has also been progress on reducing delayed transfers of care, with more than 1,000 beds freed up compared with last winter.’ 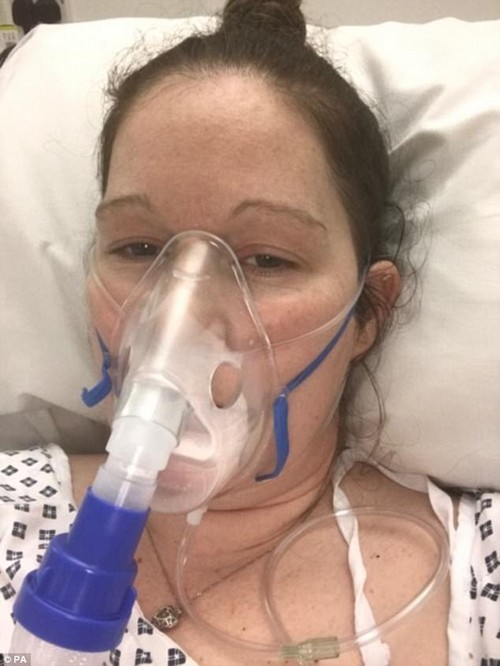 Men allergic to sex are falling ill with flu-like symptoms