The beauticians, who can charge between $10 (£7.50) and $45 (£33) for a manicure, aren’t being trained on how to deal with hazardous chemicals, used for gel and acrylic nails, in their ‘native language’.

Researchers also suggested that many of the workers, who were primarily of Asian descent, avoided using personal protective equipment, such as gloves, safety glasses and dust masks when handling dangerous chemicals.

They said technicians and hairdressers should ‘speak up if they do not understand something’ due to the risks of infection to the paying public. The Rutgers School of Public Health team warned improperly cleaned or re-used tools can put clients at risk for contact dermatitis – a form of eczema.

The beauticians, who can charge between $10 (£7.50) and $45 (£33) for a manicure, aren’t being trained on how to deal with hazardous chemicals in their ‘native language’ It can also expose them to a range of potentially deadly bacteria, fungi, viruses and blood-borne pathogens, including the hepatitis B and C viruses.

The same concerns for hepatitis have repeatedly been raised with fish foot spa pedicures, in which tiny fish nibble dead skin from customers’ feet. Allergic reactions are also possible if customers are exposed to products with high concentrations of cancer-causing chemicals, such as formaldehyde.

The concerning findings were derived from two studies which looked into the risks of going to the hairdresser or having a manicure.

How was the first study carried out?

The first study, published in the Journal of Chemical Health & Safety, surveyed 90 hair and nail salon clients in New Jersey counties. They were asked about how often they experienced respiratory, fungal and dermal symptoms after visiting their hairdresser or went for a manicure.

The researchers, led by Lindsey Milich, also sought to learn how aware clients were of the potential biological and chemical hazards in salons.

A New York Times expose in 2015 revealed many technicians in the US are making little to no money because of ‘rampant exploitation’. Angry salon owners responded to the scathing report by gathering in front of the newspapers office in Manhattan and chanting ‘we need answers’.

They accused the NYT’s investigative reporter, Sarah Nir, of purposely lying, bad journalism and making factual errors. Her copy triggered a radical overhaul of standards. Officials began an emergency crackdown on the cut-price nail salons on the same day as the protests began – forcing all salons to purchase insurance.

State governer Andrew Cuomo also asked owners to pay back workers their wages and install ventilation systems where necessary. But nail bars have also been the subject of criticism in the UK, too.

Britain’s anti-slavery commissioner, Kevin Hyland, has also previously called for more regulation on nail bars due to their links to trafficking. He issued a 75-page report in September that said ‘measures must be implemented to prevent slavery’ in nail bars.

Experts believe many staff – very often Vietnamese – are smuggled into Britain illegally by organised gangs of human traffickers. The British Association of Beauty Therapy & Cosmetology said in 2013 that human trafficking is a ‘huge problem’ in the beauty industry.

Some 52 per cent of the volunteers reported dermal or fungal symptoms, which were most common among those who visited salons at three times in a year. Ms Milich said: ‘We attribute these cases to the fact that people who experienced respiratory symptoms were less likely to return.

Formaldehyde is a colorless, strong-smelling gas. It is used to make building materials and household products, walls, cabinets, and furniture.

Formaldehyde can make you feel sick if you breathe a lot of it. It can also cause a sore throat, cough or scratchy eyes.

Formaldehyde is known to cause cancer. The cancer of greatest concern is cancer of the nose and throat.

Scientific research has not yet shown that a certain level of formaldehyde exposure causes cancer. However, the higher the level and the longer the exposure, the greater the chance of getting cancer.

Exposure might increase the chance of getting cancer even at levels too low to cause symptoms.

‘Clients should ask their stylist or nail technician about the chemical ingredients in the products being used, how they disinfect their tools and the type of ventilation system in the salon.’

She also warned that people who use salon products at home ‘should read labels and become familiar with safety precautions like wearing proper gloves or masks’.

How was the second study carried out?

The second study, published in the Journal of Occupational and Environmental Medicine, also looked at nail salon technicians in New Jersey. They looked at the links between severe symptoms and on-the-job exposure to chemical hazards for 68 technicians.

Most respondents were Asian females with self-reported histories of work-associated eye, nose, throat and skin symptoms.

Few workers reported using personal protective equipment and most had not received training in their primary language, only in English. Dr Derek Shendell, lead author, said: ‘We found that these nail technicians were being trained but not necessarily in their native language.’

He added that the findings raise concerns over how well the technicians understood the information that was being presented to them.

‘The study, while small, gives an indication as to what might be occurring in other areas.

‘It raises awareness for technicians to know their rights, meaning they should receive more comprehensive chemical use training and handouts in both English and in their native language and to speak up if they do not understand something.’

Women more unhappy than men for almost their entire lives 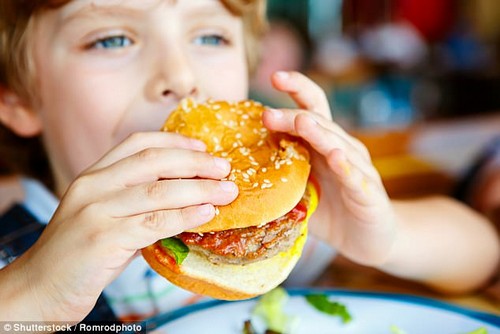