Exudative otitis media is a common disease of the auditory system, occurring at any age. Inflammation of the middle ear accompanied by edema and swelling of the mucous membranes and, as consequence, narrowing of the lumen of the anatomical structures of the Eustachian tube, by which the outflow made in the middle ear fluid.

The primary symptoms in children and adults may include the excretion of fluids from the ear canal, severe pain when pressing on the tragus. It is advisable to immediately contact an audiologist as quickly as possible to move from laboratory diagnosis to appropriate treatment, including antibiotics.

The appearance of the Eustachian contribute to the reproduction of pathogenic microbes in the auditory system – middle ear and progression of hearing impairment.

Due to the continuous production quantity of the secret increases, it becomes binding and later purulent. The catarrhal form of otitis media is converted into purulent.

The main cause of exudative otitis media is an infection that gets into the middle ear from the neighboring anatomical structures of the nasopharynx, the respiratory sinus of the.

Viral or bacterial infection finds favorable conditions of progress against the predisposing factors:

As a result of dysfunction of the auditory (Eustachian) tube, which is most often associated with mechanical overlap of the pharyngeal opening of the anatomical structures in the middle ear cavity vacuum. The oxygen is gradually absorbed, the pressure drops and the body starts compensatory hyperproduction of mucus.

Secretory otitis media occurs as a consequence of catarrhal otitis media and is characterized by pathological accumulation of the substrate in the middle ear with intact tympanic membrane. This disease occurs in 80% of children of school and preschool age. And is the leading cause of hearing loss in children of different ages.

Frequent development of otitis media in children due to age-related anatomical and physiological characteristics. So the children short and wide Eustachian tube – this facilitates the penetration of germs in the tympanum. The growth of adenoid tissue prevents adequate outflow of secretions from the Eustachian tube.

Depending on the duration of the course of exudative otitis of the ear there are the following forms:

Referring to the inflammatory process are:

There is also a classification on the stages of the process:

At the beginning of the disease the squamous epithelium of the mucous membrane lining the middle ear structures begins to degenerate into a secreting and causes Hyper-production of secret. Produced by the secret accumulates due to obstruction of the auditory tube, thus further increasing the obstruction and violation of the outflow of secretions in the nasopharynx.

The accumulation of germs in the middle ear causes the formation of pus from the accumulated secretion. Further, the migration of immune cells (lymphocytes, leukocytes) into the middle ear occurs and the growth of connective tissue. At a late stage is degeneration of epithelial cells due to hypoxia and a decrease in the production of secret of the formation of fibrous adhesions that impede the normal functioning of ear bones – anatomical structures, conductive hearing wave from the outside to the inner ear. Is the growth of fibrous tissue and adhesion of the walls and structures of the middle ear.

Symptoms of exudative otitis media in adults and children

It is known that secretory otitis media in childhood suffered four out of five adults. The disease is more common in the age of seven years and more often boys. Symptoms of exudative otitis scarce and malayrajen what is causing the detection of the disease in children and adults in the later stages – mucous or fibrous. It is known that often it develops in children and adults who have suffered chronic or acute pathology of respiration.

Exudative otitis media in adults in the initial stage, that is, catarrhal inflammation, can manifest in the form of increased temperature or pain in the ear, especially against viral infections, flu or colds. And actually, exudative otitis media, which develops later, gives no pain, and manifestations of intoxication or temperature, if not accompanied by any complication.

Most often symptoms appear in the later stages, and pay attention to yourself. As a rule, the congestion in the ear and nose, of various degrees of severity of hearing loss, the feeling of the voice sound in the ear when talking, feeling of splashing liquid in the ear when moving head pans and tilts. Patients may also disturb nasal congestion and various disturbances of nasal breathing.

Exudative otitis media in young children doesn’t, if the parents do not notice hearing loss in a child. And this is possible in children older than three years of age. Easier to identify otitis media, catarrhal acute phase, when a high temperature and symptoms of intoxication. If the child is small and cannot tell their parents what’s bothering him, you should pay attention to his behavior.

Usually children with otitis media try to lay on one side, on the side of the patient’s ear, as the heat from the bed reduces the unpleasant and painful sensations. Baby breastfeeding may refuse the breast because the sucking gives an unpleasant discomfort in the diseased ear. Or takes only one breast so the affected ear remained on the warm pillow. And if to put pressure on the tragus, that is the projection on the ear side of the ear affected by otitis media, the child begins to cry. In the presence of symptoms of intoxication the child washes constantly acting out, crying, tossing and turning in bed, not sleeping. Had a poor appetite. You may also reverse symptoms – fatigue, constant sleepiness, decrease in motor activity.

You should carefully look at the behavior of a small child not to pass the disease that can have serious health consequences. And when you first suspected an ear infection to go to the pediatrician and otolaryngologist.

Special attention should be paid to the child, if he has acute or chronic inflammation of the upper respiratory tract and air sinuses (sinusitis) since the frequency of occurrence of otitis media increases significantly.

Diagnosis of acute and chronic exudative otitis media is based on visual inspection of the outer ear – otoscopy, determining the conduction of sound by using special methods of audiometry, and sometimes computed tomography.

On otoscopy, which is the ENT doctor, for acute and chronic exudative otitis media often seen the following changes: inflammatory lesion of the epithelial structures of the ear – injection of the capillary vessels. There is also bulging of the tympanic membrane due to the accumulation of fluid in the middle ear, shortening the auditory ossicles – the Malleus, gray eardrum, presence of air bubbles in the cavity, the protrusion of bone bone, deformation of the light beam. Of the features of the diagnostic manifestations of disease in children is a discovery of semilunar spots in the front quarter of the eardrum.

At the last stage of the disease may show atelectasis and perforation of the tympanic membrane.

When conducting audiometry revealed a decrease in the conduction of low frequency sound and characteristic curves when the acoustic impedance.

Acute and chronic exudative otitis media have no fundamental differences in diagnosis and find the same structural and physiological changes.

Laboratory diagnosis is not essential in the diagnosis of exudative otitis media. Only in the presence of concomitant infectious inflammatory diseases in General, tests may show nonspecific inflammatory changes: leukocytosis with neutrophilic shift to the right, increased erythrocyte sedimentation rate, increased C-reactive protein level.

Treatment of exudative otitis media is usually prescribed by a doctor with professional training in the field of otorhinolaryngology. Treatment is usually administered individually, taking into account the patient’s age, stage of otitis media, causative factors and comorbidities, data of laboratory and instrumental diagnostics. These are the basic principles of adequate therapy.

Remember that the use of antibiotics to treat otitis media in adults only after the bacterial inoculation of pathogenic microflora. Preferred drugs of wide spectrum of action for external and local use.

This approach allows us to successfully treat and restore hearing function in most patients. However, in the presence of chronic inflammatory respiratory diseases and late treatment revealed a recurrence of the disease in 18-34% of cases in children.

To reduce the likelihood of development of inflammation in the middle ear should be adequately and as quickly as possible to carry out treatment and prevention of infections of pneumatic sinuses, naso – and oropharynx. Processing “Chlorhexidine” eliminates the spread of infection.

Treatment of exudative otitis media involves the rehabilitation of the upper respiratory tract, treatment of chronic infectious diseases of the naso – and oropharynx, removal of hypertrophied adenoids, the restoration of patency of the auditory pathways.

Conservative therapy includes the administration of a vasoconstrictor to restore the aeration of the auditory tube and improve the outflow of fluid from the middle ear: “nazivin”, “glycine”,”.”, “naphazoline”, etc., and to reduce swelling – antihistamines, such as “cetirizine”, “castin”, “suprastin”, “tavegil”.

Inflation of the auditory tube with injection of drugs (antibiotic, hormone, antiseptic) in the structure of the ear using a special catheter also contribute to resolution of inflammation in the treatment of suppurative otitis media. Among the physical techniques are applied ultraviolet irradiation, laser treatment, electrophoresis or phonophoresis endourology or on the mastoid region with enzyme preparations, UHF, pneumomassage eardrums.

In advanced stages of the disease, when conservative treatment, unfortunately, does not resolve the pathology is surgical debridement with removal of fluid or pus from the structures of the middle ear – the tympanic cavity and restore the function of hearing. Surgical treatment may include myringotomy or tympanostomy. In the first case, a small incision is made in the eardrum for free exit of secretions, in the second case, the drainage tube installed in the tympanic cavity.

Exudative otitis media in a child treated according to the same principles as that of an adult. Usually, diagnosis is possible only in the age of 6 years. As a rule, the treatment of neglected forms of otitis media performed in stationary conditions. Untimely appeal to the doctor leads to loss of auditory function partially or completely due to the immobilization of the auditory ossicles, tympanosclerosis, defects or perforations in the eardrum. 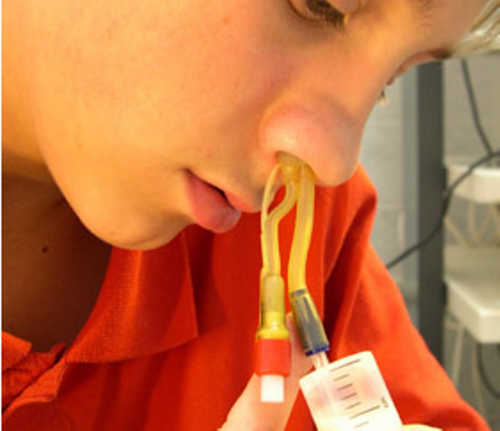 Pus from the nose: cause, treatment 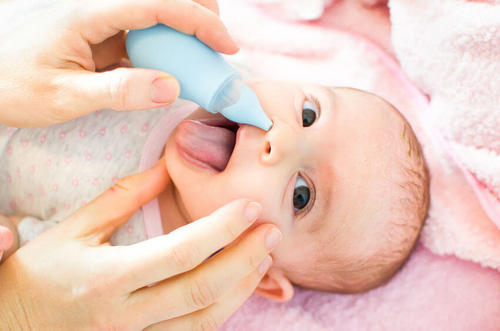 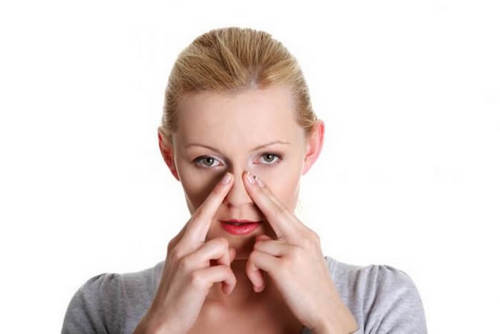