Various anomalies of development among children today began to emerge more frequently due to advances in medicine and the development of technology and decline in overall health status among expectant parents, and the increasing negative influence of external factors (pollution, radiation, excessive medication, etc.). One of the anomalies is laryngomalacia – pathology of the larynx.

The main characteristic of the defect becomes of the broken relationship between the different departments of the larynx, which leads to a change of its properties, is suffering from motor skills – both passive and active (the location of structures during breathing) that affects the breath and leads to sagging of the structural parts.

As a result of these anomalies and the formation of obstacles to the normal passage of air occurs stridor (noisy breathing with shortness of breath) and shortness of breath on the exhale, you may experience episodes of nocturnal pauses in breathing (apnea), dramatically suffering breathing on the back of loads, feeding or crying, screaming child. Diagnosis doctors put on the basis of typical complaints of parents and inspection of the crumbs as well as identifying changes as fibroscopie (inspection special flexible device). When expressed defects need surgical treatment to ease the breathing, and normalize the child’s development.

Just over 1% of infants in the first year of life suffer from pathologies of the larynx, and in the majority, they observed a congenital anomaly in the anatomy of the larynx, they account for 90% of cases. The most common of these is the state of laryngomalacia (literal translation – softening, over-compliance), it is noted in approximately 70-90% of newborns with defects in the structure of the larynx. Often this defect is associated with other manifestation, about 10-15% of children with genetic or chromosomal abnormalities, have combined defects of the internal organs and larynx.

According to statistics, more often affects boys, but only about 10% of children with this disease can suffer severe changes in the clinical picture, which requires active surgical treatment.

While this condition is not yet completely understood, although observations have been held long enough, can occur as congenital problems with the structure of the larynx and acquired problems of the body.

To date, the major versions and theories of the formation of anomalies in the structure of the larynx is considered to be:

Laryngomalacia can be one of the manifestations of CHARGE syndrome, and also included in complex diseases Di-George or Pierre-Robin.

How is the problem: the basic mechanism

The formation of laryngomalacia based on a change in the size and shape of the laryngeal cartilages and their tissue structure that does not allow them to maintain the desired shape, they SAG or fall inside the lumen of the larynx, which constitutes an obstacle to normal air flow during breathing. This is especially typical for children of early age, about two years old, and it is connected with the original anatomy and functioning of the larynx in this age period.

The basis of pathology is a functional sagging of the special Department of the epiglottis or the arytenoid cartilage into the lumen of the respiratory tract, in some children they SAG combined. As a result, the disturbed airflow on the inhale. From linear (laminar) flow of air goes on the turbulence (eddies), it is formed due to existing obstacles, which causes a noisy stridor.

If sagging parts of the larynx covered a significant part of the larynx, then this area becomes a kind of valve that activates on inhale and exhale. This generates increasing negative pressure in the thoracic cavity when breathing, which gradually forms a respiratory failure. It threatens a violation of not only breathing, but also the functioning of the upper part of the digestive tract, lesions of the heart and blood vessels, disorders of the nervous system.

What forms of pathology are there?

Taking into account all the changes in the anatomy and physiology of the larynx in children in the presence of laryngomalacia, doctors distinguish three main morphological types of pathology:

How does laryngomalacia in children

Often, the disease in not highly pronounced defect has a benign course and does not have pronounced clinical symptoms. The quite normal child grows and develops, but often one of the first signs of problems is the formation of stridor (is developing very noisy breathing). This phenomenon is described as a whistling and noisy breath with high colors and shake sound. But exhale against the background of a noisy and loud breath formed practically without any changes.

At rest stridor in a child is not pronounced, it is enhanced in the presence of special terms and conditions expressed tilts back, a strong tilting of the head or reclining state. The decrease in the intensity of stridor may occur if you tilt the baby forward or craning into position.

Almost always the state of laryngomalacia combined with the presence of gastroesophageal reflux (reflux of acid contents from the stomach into the esophagus and mouth). In infants it manifests itself in frequent and copious regurgitation immediately after eating or some time after it, and in the older child is bouts of heartburn and the occurrence of frequent belching acid (the sour taste in his mouth and a sour smell).

If the defect is heavy, can be formed expressed respiratory disorders, starting with infancy – constant shortness of breath for breath and acute attacks of apnea during sleep (the baby stops breathing for a certain period).

Older children may complain of a feeling that they do not have enough air, and on the background of hypoxia children can be sluggish, lethargic, slow-moving, they have expressed confusion, irritability, you may experience difficulties with eating, swallowing disorders. During the child’s examination the doctor may note the indrawing when breathing intercostal spaces, the sternum, when breathing, and cyanosis of the fingers, face, body. Strengthening of respiratory distress and hypoxia can give all physical effort to cry and a long lying on the back, it is enhanced in the process of suckling (bottles) or games.

The diagnosis of this anomaly on the basis of detected changes in cartilage of the larynx, and includes a series of inspections and surveys. First of all, the required data parents about the child and all their complaints, most typical of which would be respiratory distress (stridor in a child by inspiration). It is also important to ascertain whether similar problems have parents or close relatives. If you have trouble breathing, it confirms the hereditary nature. The doctor will thoroughly examine the child in severe respiratory disorders can be detected cyanosis (blueness of the skin) with funnel chest deformation, typical changes of heart sounds with the education emphasis of the second tone in the region of the pulmonary artery and the splitting of the second tone in the area to the left of the sternum. This indicates an overload of the heart with the formation of its specific changes on the background hypoxia.

Important endoscopic laryngoscopy, the flexible probe that is inserted through the baby’s nose, visible deformity of the epiglottis and arytenoid cartilage, as well as their sagging when you inhale.

Also shown is x-ray research methods to distinguish the pathology from other diseases. Shows a snapshot of the larynx (necessary sighting lateral projection) and in case of doubt in diagnosis – computer scan or MRI diagnosis in the neck area and throat. It is important to distinguish this problem from dropping foreign bodies into the lumen of the body, tumor processes of the cervical zone or congenital laryngeal stenosis (stricture).

Methods of treatment of laryngomalacia in children

If changes in breathing minimal, no specific therapeutic measures are not carried out, shows the active interference in the formation of the serious condition, when a respiratory failure or when the condition gives attacks of acute asphyxia (suffocation). This will be the reason for tracheal intubation (production tubing) that helps in restoration of patency of the body. If a defect is impossible intubation due to severe sagging cartilage, shown holding a tracheostomy – an incision of the tissue in the area nagradnogo space with the production of the stoma. After the stabilization of the status of children prepared for surgery, method to choose, based on the degree of severity of the changes and the type of pathology. Can adresats or natsukusa cartilage, partially paid overhanging parts is plastic or larynx.

Basically the complications associated with prolonged conduction disorder of the Airways for the air that creates problems with the free passage of air, this in turn leads to respiratory failure. At the expense of her child’s body is constantly in hypoxia, especially to her sensitive nerve tissue and the brain. This forms inhibited physical development of the child and the negative impact on his mental maturation, and in severe seizures, development of neurologic complications.

The constant pressure changes in the chest leads to permanent deformation in the “funnel chest”, changes the pressure of the blood in the area of small pulmonary circulation. This creates a change in the right heart, resulting in a syndrome of pulmonary heart valves suffer.

What is the Outlook for children with laryngomalacia?

For most children with mild degrees of deformation of the cartilage, the prognosis is favorable, for the most part the change in breath disappear in the first two years the growth of the larynx and change its anatomy. Severe problems can arise only against the background of significant violations of the conductivity for air in the region of the respiratory tract and if the child is not promptly treated. Preventive measures in order to prevent such an anomaly, today it is not developed. 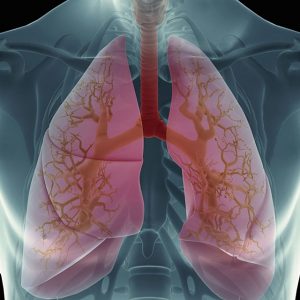 Tracheobronchitis in children: symptoms and treatment 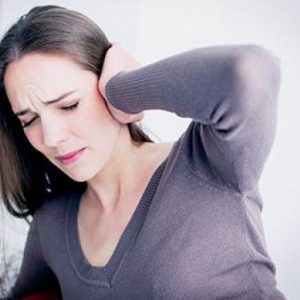 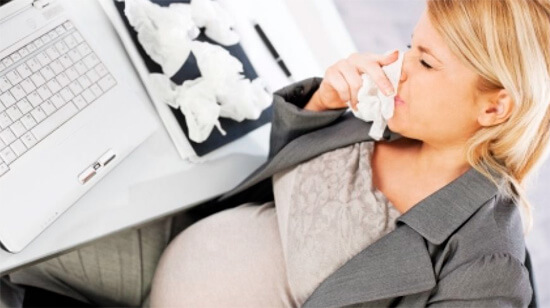 Dangerous cold in the 2nd trimester of pregnancy

One thought on “Laryngomalacia in children: symptoms and treatment”